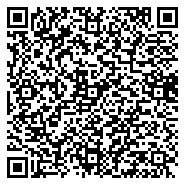 Background: Cervical spondyloticmyelopathy is a degenerative disease of the intervertebral disc and vertebral body of the spine that causes cervical spinal cord injury due to central vertebral canal stenosis. Its prevalence is higher in the elderly. Treatment is usually surgical when the spinal cord is affected either clinically with pyramidal release or radiologically with the altered spinal cord. The rationale of this study is to analyze the myelomalacia and the ossification of posterior longitudinal ligament as prognostic factors in the postoperative evolution of patients with cervical canal compression who underwent laminoplasty by Open-door or French-door techniques.

Methods and Findings: We performed a retrospective analysis of 18 surgical cases of spondylotic cervical myelopathy of the same senior neurosurgeon, using the chi-square test to analyze prognostic factors for patients postoperative evolution in the Nurick scale, after Opendoor or French-door laminoplasty. The comparison between pre and postoperative showed an improvement of 71.43% of cases that did not have ligament ossification compared to 45.45% of cases that presented posterior longitudinal ligament ossification. Also, there was a better prognosis in patients without myelomalacia, as 71.43% of them improved their condition against only 45.45% improvement in those with myelomalacia.

Conclusion: There is a need for further studies with larger samples to expressively buy soma usa prove that the presence of longitudinal ligament ossification and the previous presence of myelomalacia are factors of worse prognosis in the postoperative evolution of patients with cervical spondylotic myelopathy submitted to laminoplasty.

Cervical spondylotic myelopathy is a degenerative disease of the intervertebral disc and vertebral body of the spine that causes cervical spinal cord injury due to central vertebral canal stenosis being the most common cause of cervical spinal involvement in adults [1]. Its clinical picture can be presented with a change in gait, difficulty in making fine movements and in controlling sphincter, besides, the neurological examination reveals hyper-reflex in the limbs and also changes in proprioceptive sensitivity. Genetic, environmental and biochemical factors have been implicated in the development of this disease with high prevalence in the Asian population [2-4]. The prognosis is related to factors such as time of disease progression - the longer, the greater the impairment, and the age of the patients - worse prognosis in the elderly [1].

Cervical myelopathy evolution may be unpredictable; 75% of patients discontinuously get worse after several years of stability, 20% progressively develop the disease over a not too long time, 5% have a catastrophic evolution with severe acute decompensation after minor trauma or even without any apparent cause. Thus, different surgical techniques have been suggested to address cervical spondyloticmyelopathy: anteriorly, anterolaterally and posteriorly [1]. It should be noted that some factors impact the patients’ evolution after surgery and among them, there are myelomalacia and ossification of the posterior longitudinal ligament, the factors under analysis in this study.

In cases of multilevel cervical stenosis with preservation of the lordotic curvature, laminoplasty is indicated, as well as in situations of posterior longitudinal ligament thickening or ossification, posterior comprehension of the spine cord by the flavum ligament, limiting factors of the anterior route such as the short neck and multiple levels (above 3). When laminectomy is contraindicated due to the risk of lordosis accentuation risk of C5 paralysis syndrome, laminoplasty is considered a better option. This intervention aims to provide spine cord decompression, prevent instability, beneficially decrease movement rate by up to 50%, prevent kyphosis - a complication of laminectomy, and prevent perimedullary fibrosis and the risks of the lateral mass screw.

The vast majority of neurosurgeons use the posterior approach of laminoplasty if the patient has the involvement of several levels – 3 or more [5]. For this approach, there is the Open-door laminoplasty technique (Figures 1 and 2), described by Hirabayashi [6] and modified over the years, and there is the French Door laminoplasty technique (Figure 3) [7,8] having been modified over decades by other authors too. The rationale of this study is to analyze the myelomalacia and the ossification of posterior longitudinal ligament as prognostic factors in the postoperative evolution of patients with cervical canal compression who underwent laminoplasty by Open-door or French-door techniques.

Figure 1: Drawing showing the groove and the bone cut, to be able to rotate in a block and to place ceramic bone or bone graft between the blade and lateral mass.

Figure 3: The median opening of the spiny aophysis showing the opening in French door.

Cases of 18 patients operated by the same senior neurosurgeon between 1998 and 2019 were reviewed. The study is composed of 14 men and 4 women members, with a minimum age of 45 years and a maximum of 82 years (average age 66.5); 2 patients are characterized as brown, 11 as Caucasian, 5 as Asiatic. They were analyzed according to the presence or absence of posterior longitudinal ligament calcification and from pre and post magnetic resonance image examinations, used to identify myelomalacia. The individuals were classified and divided according to Nurick Myelopathy Scale (Table 1).

To compare the individuals before and after surgery, their clinical aspects were listed (Table 2), taking into consideration their basic information, as well as the pre and postoperative status that were listed according to MRI evaluation. The baseline characteristics of our subjects were also organized (Table 3). Then, we used the chi-square test to examine the association of myelomalacia ’ s or posterior longitudinal ligament ossification’s presence in the patients’ postoperative evolution in the Nurick classification.

First, examining the interaction between the presence or absence of myelomalacia and the subjects ’ postoperative evolution in the Nurick scale, after laminoplasty (Table 4), it was possible to note that, regarding patients who previously had myelomalacia, 45.45% of them improved their condition, while 27.27% had no change and others 27.27% have worsened.

For the subjects who did not have myelomalacia, 71.43% evolved to better Nurick Classification, 28.57% remained unchanged but no patient got worse.

When analyzing the evolution of patients with previous posterior longitudinal ligament ossification, after laminoplasty (Table 5), it was possible to note an improvement in 45.45%, worsening in 18.18% of cases, and 36.36% did not show any change in the Nurick Scale. Moreover, for those who did not previously present posterior longitudinal ligament ossification, the evolution in the postoperative period was 71.43% for a better prognosis, 14.14% showed worsening after surgery and 14.29% did not show a significant change in evolution.

Regarding the techniques used (Table 6), 62.50% of individuals undergoing Open-Door had an evolution in their condition, reducing the Nurick classification, on the other hand, 25% had worsened the condition, and 12.5% had no changes. For those addressed through the French-Door, there was an evolution in 50% of cases, no change in 40%, and worsening in 10%.

Success in the surgical treatment of the patient with spondylotic cervical myelopathy is highly dependent on the previous factors presented by the patient. Some studies analyzed and demonstrated the postoperative evolution taking into account the patient's age, smoking history, compromised levels, cervical spine instability [9].

Our study, on the other hand, sought to analyze the operative evolution of patients with myelopathy, taking into account the previous condition of ossification of the posterior longitudinal ligament or not, as well as the existence of myelomalacia. Classifying them through the Nurick Classification in 1972 in the pre and postoperative period.

Ossification of the posterior longitudinal ligament (OPLL) is a hyperostotic condition of the spine, where the posterior longitudinal ligament becomes progressively calcified, usually leading to symptomatic stenosis of the spinal canal [10-12]. Our study tried to identify the presence of calcification in the ligament as a factor of worse prognosis, something that can be explained by the greater spinal cord injury through the surgical act, since the presence of the calcified content may promote more spinal cord injury when removed as it commonly is densely adherent to the underlying dura. Miyakoshi et al. [13], for example, describes dural adhesions as a deleterious factor for preoperative and short-term postoperative neurological evolution.

Myelomalacia, on the other hand, is characterized by the condition of softening of the spinal cord, which occurs due to ischemia in the spinal cord due to an episode of hemorrhage or poor local circulation.

It is was possible to identify in our results, that there was a significant evolution according to the Nurick scale, for patients who previously had myelomalacia, as they were classified between classes II and III in the pre-operatory and they were reclassified to class I after surgery. However, there was a worse prognosis of evolution for cases whose initial Nurick classification was already high, presenting worsening in the classification after laminoplasty (evolving from IV to V postoperatively).

It can be explained by the different presentation of the spinal cord resulting from advanced myelomalacia which leads to greater difficulty in the surgical procedure. Besides, myelomalacia is responsible for neurological injuries, which in addition to altering the structure of the spinal cord may result in a worse prognosis for patients undergoing laminoplasty. Regarding the laminoplasty techniques, anterior decompression is a procedure of greater technical difficulty and with potential risks of complications [14]. There is a possibility of damage to the dura mater and possible postoperative cerebrospinal fluid fistula in the anterior access. Epstein NE reviewed 112 patients with OPLL who underwent surgical treatment and found better results in those undergoing posterior decompression [15] that is why it was the access route used in the patients in this study. However, it was possible to note in our results that the use of Open-door or French-door techniques did not interfere in the subjects’ postoperative evolution.

Laminoplasty is still the technique of choice when the patient has ossification of the posterior longitudinal ligament or/and myelomalacia. And although it is possible to observe a certain evolution in patients submitted to laminoplasty based on the Nurick classification, as presented in the analysis of the cases, the patient's previous condition needs to be carefully evaluated, concerning the mentioned factors, for better surgical preparation.

It is worth highlighting that our study was limited by the difficulty in gathering a large sample of patients with the conditions that we seek to analyze. Something that can also be noticed as a limiting factor in other studies described in the literature.

Concluding, it was possible to identify, statistically, that there was no significant discrepancy in postoperative prognosis for those patients who previously had longitudinal ligament ossification or/and myelomalacia. However, if the study had a larger number of cases, the tendency could be to reveal a worse prognosis for individuals who preoperatively had both characteristics analysed. Therefore, besides the necessity of further studies, with larger sample sizes, to confirm this issue, the presence of posterior longitudinal ligament ossification, as well as the previous presence of myelomalacia, may be considered worse prognostic factors, individually or when both are present, in the patients with spondylotic cervical myelopathy submitted to laminoplasty, especially when the patient’s preoperative Nurick classification is already high.