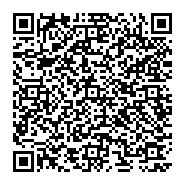 All over the world, acute gastroenteritis is a major health issue, particularly for children living in developing nations. Diarrhea is the fourth leading cause of child mortality, following intrapartum diseases, lower respiratory infections, and complications associated with preterm birth. Viruses like rotavirus, norovirus, adenovirus, and astrovirus typically cause diarrhea in children. Around the world, rotavirus infections are still a major cause of diarrhea-related death in children under the age of five. In developed nations, rotavirus vaccines already save lives, but in developing nations, they are less effective due to higher rates of early rotavirus infection transmission and inadequate vaccination coverage or accessibility. Additionally, bacteria such as Campylobacter spp. and parasites such as Cryptosporidium spp. and Giardia lamblia, AGE is primarily caused by Clostridium difficile and other bacteria.

The Global burden of diseases (GBD) study looked at diarrhea-related deaths and causes in 195 countries between 1990 and 2016.The authors claim that campylobacter spp. and rotavirus were the most common causes of diarrhea in children younger than five years old. In a similar vein, the Global Enteric Multicenter Study (GEMS) reported that rotavirus, Cryptosporidium spp., and enterotoxigenic E.coli four pathogens were responsible for the majority of moderate-to-severe diarrhea in children under five in sub- Saharan Africa and South Asia: Despite advancements in molecular diagnosis, the etiology of numerous outbreaks remains unsolved using conventional diagnostic methods. These include Shigella species and enterotoxigenic E. coli with a heat-stable toxin. These commercially available assays are not suitable for the detection of novel or unusual pathogens, variant strains, or known or common pathogens associated with the disease. Next-generation sequencing (NGS) enables metagenomics-based virus identification by randomly sequencing all of a clinical or environmental sample's genomes. The conclusion of clinical examples without earlier information on the potential infection causing microorganisms is made conceivable by metagenomics, which is characterized as the grouping based investigation of the whole assortment of genomes straightforwardly disconnected from an example. Consequently, viral metagenomics enables the identification of every viral sequence in the clinical sample, regardless of whether the viruses are known, unknown, or cultivable [1-4].

In this study, we used a virus-enrichment metagenomics strategy to examine the potential causes of cases of gastroenteritis that were not diagnosed using stool samples from children under the age of five. The study was approved by the institutional review boards of Hamad Medical Corporation and American University of Beirut. Written informed consent was obtained from the children's parents in order to use their samples for the study [5].

Stool samples were taken from 774 stools from gastroenteritic children under the age of five who presented with diarrhea at the Pediatric Emergency Center (PEC) of the Hamad Medical Corporation (HMC) in qatar during the study, which ran from June 2016 to August 2019. At the time of the study, each patient resided in Qatar. The BioFire, FilmArray, Gastrointestinal (GI) Panel was used to screen specimens, and demographic and clinical data were extracted from the patients' medical records. All of the symptoms of gastroenteritis were included in the 20-point composite Vesikari score. The score is determined by seven factors: Maximum daily number of stools, duration of diarrhea, maximum daily number of bowel movements duration of vomiting, temperature, dehydration, and treatment. A 40 g portion of the stool sample was centrifuged at 4000 gms in a buffer containing 0.89 percent NaCl (10% w/v for solid and v/v for liquid stool suspensions). The supernatant was collected and subjected to two additional centrifugation steps. All out RNA from the example was removed using the QIAamp Viral RNA Scaled down unit (Qiagen, Germany) and treated with Super DNase (Super Sans DNA Pack, Invitrogen, USA). The SuperScript IV first-strand synthesis system (Thermo Fisher Scientific, USA) was used to reverse transcribe the viral RNA and mRNA. After that, a 0.22 m filter was used to remove both bacterial and host cells from the In accordance with the kit's instructions, the 5′-end exonuclease Klenow fragment (3′ 5′ exo) was added to transform the cDNA into ds-DNA. The ds-DNA was purified using the QIAquick purification kit from Qiagen, Germany. Purified DNA was amplified with the REPLI-g Single Cell Kit which allows for primer-independent amplification, to further enrich the viral genome. The libraries, which were created in accordance with the Nextera XT protocol were sequenced using the Illumina HiSeq platform [6,7].

A high-throughput Galaxy analysis pipeline was set up on a local server. The following were the pipeline's stages: Trimming bases of low quality with Trimmomatic following a FastQC quality check of the Fastq files. The trimmed sequences were aligned and mapped to reference sequences using Bowtie 2.The sequences were first mapped to a reference human genome. Non-aligned reads were mapped to rRNA and reference bacterial genomes in order to enrich for viral sequences. The unaligned reads from the previous step were then mapped to a locally hosted, indexed viral database that was downloaded from GenBank. Utilizing IDBA (A Reasonable Iterative de Bruijn Diagram Once more Constructing agent), viral peruses were collected into contigs. A local GenBank viral database was used to align contigs with a minimum length of 100 base pairs using MegaBLAST. Any hit with an e-value was considered significant and subjected to additional investigation. The viruses' genotypes were assigned based on the Mega BLAST hit that was closest to the longest contigs mapped to the genes used for genotyping [8-10].