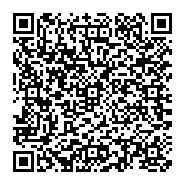 Background: Unexplained abdominal pain after bariatric surgery is common and described in up to 7% of the population, leading to unnecessary opioid prescription and emergency department or outpatient clinic visits. In these patients, anterior cutaneous nerve entrapment syndrome (ACNES) can be a possible cause of the abdominal pain. ACNES is caused by local entrapment of the intercostal nerves by the anterior fascia of the abdominal wall. The aim of this study was to describe the patient characteristics, incidence, diagnostics and treatment results of ACNES in patients with a Laparoscopic Roux-en-Y gastric bypass (LRYGB) or laparoscopic sleeve gastrectomy (LSG) in their medical history.

Methods: A retrospective observational cohort study was performed on patients with the diagnosis ACNES and a medical history of LRYGB or LSG, who were treated between 2015 and 2017 in a large teaching hospital.

Results: A total of 34 patients were evaluated. Twenty-two out of 34 (65%) patients had a medical history of LRYGB and 12 out of 34 (35%) a LSG. The incidence of ACNES after bariatric surgery in our hospital is estimated at 2-5%. The median interval between the bariatric surgery and treatment for ACNES was 28.2 months. Lidocaine injection as treatment was effective in 32% of the patients and 68% underwent a subsequent surgical local neurectomy. The success rate after surgical neurectomy was 92%.

Conclusion: ACNES is a common late complication after bariatric surgery and could be a cause of unexplained abdominal pain. Local neurectomy can be an effective treatment for this diagnosis.

Bariatric surgery is currently the most effective treatment for morbid obesity [1–3]. In 2016 more than 600,000 bariatric/ metabolic procedures were performed worldwide [4]. Research shows an increase in use of prescribed opioids after bariatric surgery after an initial decrease post-surgery, suggesting the existence of chronic pain [5].

Unexplained abdominal pain after bariatric surgery has an estimated prevalence of 7%, leading to extra emergency and outpatient clinic visits [6]. Frequently, no explanation is found

ACNES is characterized by the entrapment of cutaneous intercostal nerves between the aponeurosis and the rectus abdominis muscle which causes neuropathic abdominal wall pain [10]. Figure 1 shows the anatomy of the abdominal wall and the cutaneous intercostal nerves. In 1926, Carnett called this condition “intercostal neuralgia’’ [11]. One of the theories is that increased pressure behind the abdominal wall can cause the nerve bundle to herniate through the fibrous ring and aponeurotic opening. ACNES is a clinical diagnosis and can be diagnosed using the Carnett’s sign and the Pinch test in patients with no abnormalities found in laboratory and imaging tests.

Figure 1: Anatomy of the intercostal nerves. The anterior branch makes a sharp 90° turn through the rectus muscle [12].

The aim of this study was to describe patient characteristics, incidence, diagnostics, and treatment of ACNES in patients with a history of a LRYGB or LSG in their medical history. To our knowledge, this paper describes Anterior Cutaneous Nerve Entrapment Syndrome (ACNES) as a possible cause of unexplained chronic abdominal pain after bariatric surgery, for the first time in literature [12] (Figure 2).

A retrospective observational cohort study was performed in patients with the diagnosis ACNES and a medical history of LRYGB or LSG, who were treated between 2015 and 2017 in a large teaching hospital. Patients with unexplained abdominal pain that underwent several laboratory and imaging tests without any abnormalities and /or showed typical clinical symptoms of ACNES such as a positive Carnett’s sign or Pinch test were included in the study. The Carnett’s sign is performed by asking the patient to lie in supine position and lift the head and shoulders from the examination table to tense the abdominal muscles and is considered positive when the patient experiences more pain when doing this while the doctor is compressing the tender point. The Pinch test consists of picking up the patient’s skin and subcutaneous fat with the thumb and index finger at the point of maximum pain. It is considered positive when the pain increases during this examination. Data were collected by studying patient files by the main researcher. The therapeutic options are conservative therapy or local neurectomy. In conservative therapy a lidocaine injection is given, which is also of diagnostic value. Lidocaine injections were given by injecting 10 ml 1 percent lidocaine into the point of maximal abdominal wall pain just beneath the anterior fascia of the rectus abdominis muscle. Local neurectomy was performed under general anesthesia through a small incision at the point of maximum abdominal wall pain, exploring the nerve and dissection of the nerve as described by Boelens et al. [9]. Subsequently a questionnaire was sent to all the included patients to evaluate the success rate of the different therapeutic options [13].

Successful treatment was defined as patients who reported no more pain after treatment or did not visit the hospital (outpatient clinic, emergency department) complaining of abdominal pain caused by ACNES after therapy with a follow up of 6 months. Continuous data were reported as median and categorical data were reported as count (percentage).

A total of 34 patients were evaluated. Patient characteristics are shown in Table 1. We estimated an incidence of 1.7% to 2.6% based on the amount of patients who presented with symptoms divided by the number of bariatric procedures in that year (10/568 resp. and 24/892). In 56% (19/34) of the cases the pain was located in the left upper abdominal wall. Median VAS score before treatment was 6.5 in patients with lidocaine therapy (only 4 out of 11 recorded scores). In the neurectomy group the median VAS score was 7 (18 out of 23 recorded scores). Frequently multiple imaging tests were performed with negative findings before the diagnosis ACNES was confirmed. Table 2 shows the different types of imaging tests that had been performed. In 15% of the patients ACNES was clearly evident and no other additional diagnostics were needed to confirm the diagnosis (5/34). Although conservative treatment alone was possible in 32% (11/34) the majority of the included patients 68% (23/34) underwent additional surgical neurectomy as shown in Table 3. The success rate of the lidocaine therapy combined with surgical neurectomy in this group was 92%, which means that in 8% of the cases, neither lidocaine injections, nor surgical neurectomy was effective. No other diagnoses were found as an alternative cause of chronic abdominal pain after ACNES treatment. Only one patient with persistent abdominal pain underwent diagnostic laparoscopy with negative findings. The majority of the patients in this study responded positively in a questionnaire concerning the experience of their treatment and the provided care in this hospital, as shown in Tables 4A-4D. More detailed 80% of the patients who responded to the questionnaire would recommend this hospital to friends/family for this treatment with a rate of 7 or higher and a mean of 7.6 out of 10.

Table 4A Questions asked to study subjects regarding information.

Table 4B Question regarding subject’s health after the treatment.

ACNES is a relatively uncommon diagnosis and often not considered as a possible cause of chronic abdominal pain after bariatric surgery. Most clinicians think of an intra-abdominal cause when patients present with chronic pain. Frequently additional diagnostics are performed to rule out acute causes of abdominal pathology. In this report it was shown that in 29 of the 34 (85%) patients imaging tests were performed with negative findings. It should be considered a part of a learning curve to recognize the diagnosis. ACNES is a clinical diagnosis and it is important to differentiate between acute abdominal pain caused by an intraabdominal disease or complication and chronic neuropathic pain of the abdominal wall, which has specific clinical findings (Figure 3).

Figure 3: The abdominal wall explored in vivo. We are looking at the anterior rectus sheath. The black strings and the red vessel loop mark the explored entrapped anterior intercostal nerve which will be dissected (Picture taken by author Jan. A. Apers).

In this study ACNES is diagnosed after a median of 28.2 months after bariatric surgery. Due to the long interval between surgery and the description of chronic pain it is hypothesized that this is not directly caused by the bariatric operation. It is most probably that the delay in diagnosing ACNES in this group is due to the fact that it is a diagnosis per exclusionism, meaning that other diagnoses must be ruled out first in able to confirm the diagnosis. Also, there is frequently a delay in recognition of the signs and symptoms.

In 92% of the patients treatment seemed successful. However, data on postoperative VAS scores are lacking. To confirm adequacy of therapy as a sort of control mechanism, a validated questionnaire was used to ask patient about their experience: most of the patients were satisfied about their treatment and reported improvement of symptoms. The prevalence of unexplained abdominal pain after bariatric surgery is estimated to be around 7% [6]. In this study ACNES incidence is roughly estimated 2-3%. This estimate could be biased by the delay of symptoms and could be higher. Possibly, a large part of the patients with unexplained chronic abdominal pain could be diagnosed and treated under this diagnosis. This study emphasizes the importance of the awareness of the diagnosis ACNES amongst clinicians and bariatric surgeons, and could hopefully lead to less cases of unexplained (chronic) abdominal pain. This in turn might lead to less unnecessary emergency department visits, diagnostics, treatments, reduction of unnecessary opioid use and a possible better quality of life.

Although ACNES as a cause of unexplained abdominal pain after bariatric surgery is a relatively unknown condition it should be on the list of possible diagnoses. Local injections with lidocaine in combination with local neurectomy are effective treatments. Bariatric surgeons and other physicians who treat post-bariatric patients should be more aware of this diagnosis as a cause of chronic abdominal pain. Subsequently, this might prevent unnecessary opioid prescription, diagnostics or even surgical interventions by appropriate treatment or referral.

The authors declare no conflicts of interest.