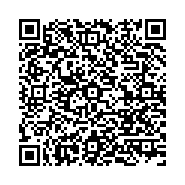 Purpose: To compare the association of 2D and 3D with technical performance and operative time during laparoscopic surgery.

Methods: A systematic review of the literature was conducted through an online search in the database PubMed, Cochrane, Embase, CNKI, to identify articles published in English and Chinese from 2010 to 2020, which compared the clinical results of 2D and 3D laparoscopic Gastric bypass surgery.

Results: A total of 50 articles were included in the qualitative analyses. Out of these, 5 articles that meet the inclusion criteria were analyzed.

Obesity prevalence is increasing rapidly in the last few decades and has become a global health issue. When lifestyle modification and pharmacological therapies fail to achieve the desired goals, Surgery continues to be the most successful approached for weight reduction. In Bariatric surgery, the laparoscopic approach is becoming the gold standard [1]. Gastric bypass surgery is the most commonly performed procedure for weight reduction. The development and innovation of the laparoscopic vision platform have promoted the innovation of the whole surgical concept and technology from laparotomy to minimally invasive surgery. 3D and 4K laparoscopy have brought a new perspective to minimally invasive surgical procedures. The 3D laparoscopic system has significantly entered the field of general surgery. 3D stereo vision overcomes the lacking of a traditional 2D laparoscopic system that lacks the vertical perception, depth of anatomical positions, provides a better surgical field for operating surgeons for more accuracy, and reduces errors [2].

The development of surgically applied 3D stereo vision provides better depth perception and improves hand-eye coordination. Such advantages are particularly relevant when performing complex laparoscopic tasks such as tissue dissection and manipulation, suturing, and knotting [3]. This paper aims to compare the association of 2D and 3D with technical performance and operative time during laparoscopic surgery.

Data: Database like PubMed, Medline, Cochrane, Embase, CNKI, were searched to identify articles published in English and Chinese from 2010 to 2020, which compared the clinical results of 2D vs. 3D laparoscopic Gastric bypass surgery.

Methods: A systematic review of PubMed, MEDLINE Cochrane library, Embase, CNKI databases was conducted using various combinations of the following keywords: laparoscopic, bariatric surgery, 2D and 3D assessments. Articles published in English and Chinese that compared the clinical results of 2D and 3D laparoscopic gastric bypass surgery were included. Literature was included if they were published in a peer-reviewed journal between 2010 and 2021. 50 studies were initially identified, 40 reviewed, 11 were accepted for full text review and 5 were accepted for inclusion in the study (Figure 1). Figure 1:Outline of search strategy and determination of final sum of included publications.

10 duplicated and 10 articles with unrelated topics were excluded. Those 19 articles with abstract only and 6 articles which do not meet inclusion criteria are also removed and finally, 5 articles are further evaluated to include in this review. The cause of exclusion is the absence of a control group being the most common reason. The final result of the literature reviewed was 5 articles.

With the progress of technology and equipment, laparoscopic technology is being used frequently in bariatric, metabolic surgery, and other abdominal surgery. The planarization of 2D laparoscopic stereoscopic images brings inconvenience to recognize the anatomical structure, layer, and separation. In recent years, 3D laparoscopic technology has restored the surgical field of vision by constructing the depth of field and 3D structure provides accurate spatial positioning and retaining the complete tactile feedback, to make the anatomical level more clear, effectively avoid bleeding and injury during the surgery.

The disadvantages of 2D laparoscopy provide surgeons with real operation experience, which is conducive to accurate resection and reconstruction. For gastric bypass surgery, which is more complex in bariatric and metabolic surgery, it may have different degrees of impact in terms of the operation time, endoscopic operability, and comfort. Long-duration operation is an independent risk factor for postoperative pulmonary diseases such as pneumonia, atelectasis, pulmonary embolism, and respiratory failure. Shorter operation time also reduces the exposure time to anesthesia and deep venous thrombosis [4,5]. Therefore, it is important to shorten the operation time in bariatric and metabolic surgery. However, the 2D image cannot achieve the three-dimensional imaging effect of human vision.

It is difficult to recognize the important anatomical structures or anatomical levels in laparoscopic surgery. Especially for beginners, this kind of visual loss may be the reason for the increase of error rate in the operation, thus increasing the operation duration. According to some literature, in comparison to 2D laparoscopic surgery, 3D laparoscopic has a shorter surgery time (Table 1), [1,2,6-8] and has less error rate [6]. Some studies have shown that between 39.6%-54.2% of medical errors occur in the operating room [9]. In a laparoscopic procedure, a substantial number of errors are associated with depth perception; a study that evaluated laparoscopic cholecystectomy found that 97% of surgical accidents occurred due to visual misperceptions [10].

A 3D laparoscopic system was associated with a higher level of technical performance among surgeons performing a LRYGB procedure. The 3D laparoscopic vision claims to provide more realistic depth perception and better spatial orientation compare with the 2D system. Some studies have shown that 3D laparoscopic systems can reduce intra-operative blood loss, operative time, and the surgeon’s learning curve [11,12]. Despite this potential for improved surgical safety, the use of 3D laparoscopic equipment remains limited in modern surgical centers [13]. It can be explained by the high cost of this technology and the limited number of evidence of the utility of 3D systems in minimally invasive surgery [14]. Some literature has evaluated the consequences of 3D imaging systems in laparoscopic surgery, but prospective data are limited, lacking robust objective evaluation criteria for technical performance or evaluation of clinically significant patient outcome measures [1,15,16].

A recent clinical study shows a significant advantage in suturing and cutting anatomical structures while using 3D visualization [17]. Even it reduced rates of mortality associated with 3D laparoscopy. It is possible to release patients into postoperative care in a better state of health [18]. A quantitative evaluation showed that three-dimensional images were more effective than two-dimensional images while using laparoscopic forceps [19]. Even for inexperienced surgeons, a system with three-dimensional images is particularly beneficial. The learning curve of the 3D laparoscopic operation may be shorter and more easily mastered by surgeons without laparoscopic operation experience.

Some literatures reported that due to the lack of depth and space of vision, 2D laparoscopic surgery lacks perception of depth and level of the subject, which may increase the incidence of errors to a certain extent, and may even increase the tension and fatigue of the surgeon wrist, head, neck, shoulder, and waist [20]. Though 3D is superior in few aspects, we can't ignore the problems of 3D laparoscopy. For example, the current 3D laparoscopy is mostly based on the principle of dual-channel imaging, So it cannot change the 30° inclined plane to form a visual field from different directions and perspectives like 2D laparoscopy. If there is occlusion, it will bring difficulties to the operation. Even if the lens is competent to rotate in four directions, it still has its disadvantages like: (I) the rotatable head is too long, which makes the lens too close to the surgical fields and makes the operation difficult, (II) the lens is easy to be damaged, (III) The depth of the 3-D images is too long, which will bring discomfort to the operator and other. These possible disadvantages are more related to surgeons' subjective habit of viewing through 3D glasses, as well as with even faster data processing.

A meta-analysis in Cochrane concluded that more blind and randomized clinical trials to evaluate the advantages of 3D imaging are needed and that the surgeon’s comfort is a crucial factor [21]. Some studies have reported that the 3D systems improve task efficiency in laparoscopic manipulations, whereas other reports found no significant difference between 3D and 2D systems. 3D laparoscopy equipment has good sense, good depth, and accurate spatial positioning, it can correctly display the 3D structure of the abdominal cavity, shorten the learning curve, easier to separate vascular anatomy and dissection lymph nodes. In the future, with the progress of science and technology, the existing problem of 3D laparoscopy can be solved, and utilize 3D laparoscopy fully in the surgical field.

Compared with the 2D, the 3D laparoscopic system can significantly reduce the operative time, errors and increase the operating comfort of the surgeon in performing laparoscopic surgery. However, more literature with larger data sample sizes is required to better assess the advantages of 3D vision in laparoscopic.

The authors have no conflicts of interest to declare.