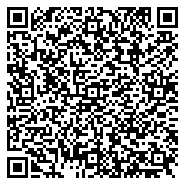 Background: Job satisfaction is a multidimensional, enduring, important, and much-researched concept in the field of organizational behavior and has been identified as recognition in one’s field of work, level of salary, opportunities for promotion, and achievement of personal goals.

Objective: The aim of this study was to assess of job satisfaction pharmacy professional working at pharmacy retail outlets found in Mizan-Aman and Tepi towns, South West Ethiopia.

Methods: A cross sectional method was conducted in Mizan Aman and Tepi town. All pharmacy professionals working at Mizan-Aman and Tepi town pharmacy retail outlets who fulfill the inclusion criteria were included. A structured questionnaire was developed based on the published literature regarding satisfaction of pharmacy professionals. The Statistical package for Social Science programs version 21.0 for windows was used to enter and encode the collected data.

Result: A total of 35 community pharmacists were invited to participate in the study; out of them only 33(94.3%) of them were participated in the study. Eighty two percent (82%) of them were males and sixty percent (60%) were aged between 20 -30. From the study participants, majority (78.8%) of community pharmacists were satisfied with their overall job. In current study the 63%, 81.8% and 54.5% of the study participants replied (or satisfied) that the job has good future, the community recognizes their job good and the earn good salary for their job respectively. The 42.2%, 69.7%and 75.7% of the study respondents replied that they have high chance of professional development, feel accomplishment after finishing their carrier every day and free to use personal ability in work respectively.

Community pharmacies in addition to dispensing pharmaceuticals they involve in many activities that needs their participation as involving and controlling business, trade management, and budgeting and personnel management. Pharmacists are usually viewed as multidisciplinary professionals because their activities are much diverse based on the type of job setting they are involving. Pharmacy professional category includes Pharmacy Assistant Level II, Pharmacy Assistant Level III, Pharmacy Technician Level IV (Druggist), Pharmacist, Clinical Pharmacy Specialist, and Doctor of Pharmacy.Community pharmacists play an important role in reducing medication related problems and improving patient’s overall health status through providing different services including patient counseling. Research’s showed that pharmacists (especially community pharmacists) are the most accessible health care professionals and their major role is compounding and dispensing of medicines.Job satisfaction is a key factor for effective application of pharmacy professional’s role. Job satisfaction is a multidimensional, enduring, important, and much-researched concept in the field of organizational behavior and has been identified as recognition in one’s field of work, level of salary, opportunities for promotion, and achievement of personal goals. Poor job satisfaction is directly associated with poor performance especially in professionals like pharmacy professionals. These performance problems include incorrectly filling prescriptions, not detecting drug interactions and poor patient counseling. Thus, dissatisfaction may also affect the way that patients view the pharmacist and hence affects the interaction of the patient with the pharmacist. Job dissatisfaction directly affects labor market behavior and economic efficiency by means of the impact on productivity and turnover of staff.

Pharmacist’s job satisfaction is also negatively associated with job turnover; that is Pharmacists with low levels job of satisfaction are more likely to resign their positions.In Ethiopia, there are more than 650 pharmacy retail outlets , which are divided into pharmacy, drug store and rural drug vendors based on the type of medications they are supposed to dispense and the qualification of dispensers.Different factors are associated with job satisfaction of pharmacists especially in the community pharmacy setting such as perceived work load, information technologies, continuing pharmacy education, preceptor ship, treatment by the management, interpersonal interaction including patient contact and coworkers’ relationship, pharmacy ownership, and practice setting are found to have association with satisfaction.A study conducted to assess pharmacists’ job satisfaction and intention to quiet the profession shows that Job satisfaction directly influences the quality of work they provided in which dissatisfaction may cause harm to the patient, their overall life satisfaction and their intention to remain or to change their job.Loss of clinical staff from low and middle-income countries is crippling the already fragile health care systems of the region. Retention of health worker is critical for performance health care system and a key problem is how to motivate and retain health workers.At the heart of each country’s health system, health workers struggle to provide high-quality care to growing patient loads in increasingly challenging working conditions. In developing countries, especially in sub-Saharan Africa, pharmacists were facing shortages of supplies, poor compensation, inadequate management systems, and heavy workloads. Job satisfaction among employees is an indicator of organizational effectiveness and is influenced by organizational and dispositional factors. Pharmacy professional’s job satisfaction has been found to be negatively associated with job turnover, that is, Pharmacy professionals with low levels of job satisfaction are more likely to resign their positions. If a Pharmacy professional is not satisfied with his/her work, he/she may bring those ill feelings from their job home and allow them to affect his/her life outside of the workplace. In Mizan –Aman and Tepi town, study addressing job satisfaction of pharmacy professionals is yet not done, which is a vital for health care system quality improvement. Therefore this study assessed the level of job satisfaction pharmacy professionals working at drug stores in Mizan Aman and Tepi town south west Ethiopia.

A cross-sectional study was conducted.

All Pharmacy professionals working in Mizan-Aman and Tepi town at Pharmacy outlets that fulfills the inclusion criteria was included.

The questionnaires were designed to consist of two sections; Section A consists of socio demographic information to obtain personal information from respondents, average working hour per day and salary per month. The other section was deal with questions to help test the research hypothesis or to determine the level of satisfaction of community pharmacists. Most of the questions require respondents to indicate their level of agreement to the items in the research model. Items in the questionnaire were measured using a five-point Likert Scale, with 1 representing „strongly disagreeâ?? and 5 representing strongly agree. For calculating the overall satisfaction level of all participants the value from each 17 questions we choose to asses level of satisfaction were transformed in to computed variable and a mean value of Likert scale which gained from adding scales from 1 to 5 and divided by 5 which is 3 was used as a cutoff point. It used to determine the level of satisfaction in to two out comes (satisfied or unsatisfied) and the total percent of satisfaction can be calculated from this outcome.

The Statistical package for Social Science (SPSS) programs version 21.0 for windows was used to enter and encode the collected data. This involves organizing the data into categories, coding and sorting them to identify patterns and interpret the meaning of the responses. Descriptive statistics such as frequency, percentage and mean was used to summarize the result.

Ethical clearance was obtained from the Mizan Tepi University College of health science, department of Pharmacy. In this study, issues related to the ethical conduct such as informed consent, confidentiality and privacy was upheld. The researcher has given full information on the purpose and objectives of the study to the study participants order to empower the study participants to make informed decisions on whether to participate or not.

Socio Demographic Characteristics of the respondents

Out of 33 community pharmacists participated in the study, 78.8% of them were satisfied by their current job while the rest 21.2% were not satisfied (Figure 1).

With respect of satisfaction with aspect of accomplishing job, the 23(69.7%) of the respondents were satisfied, in which 10(30.3%) agreed and 13(39.4%) strongly agreed that they are in right position for accomplishing their job. The 25 (75.7%) of the participants believe that they are free to use free to use their personal ability in working area, where 17(51.4%) agreed and 8(24.2%) strongly agreed. Significant proportion, 10(30.3%), of the study participants replied that their knowledge and skill have declined since being in current job, with 6(18.2%) agreed and 4(12.1%) strongly agreed with the issue (Table 2).

Table 2: Status of Job Satisfaction of the respondents

The study was conducted on 33 participants. The purpose of this study was to determine the satisfaction level of pharmacy professionals working in community pharmacy outlets. Our study showed that majority (81.8%) of the participants was male. The 60.6% of the study respondents were at age group of 20-30 years.

In contrast to this, a study conducted in China showed that the majority 76% of pharmacy professionals were satisfied with salary they were earning [24]. The reason for differences in magnitude of satisfaction by salary may be due to that China has a better capacity to pay more salary than Ethiopia since China has more developed and high economic strength as compared to Ethiopia.

In the present study, with respect of satisfaction by recognition their job community, 81.8% of the study participants was satisfied. The finding is significantly lower than study done in USA [13]. The difference may be due to availability of more health care professionals in developed country when compared with developing country like Ethiopia, so the number of the professional increase recognition by the society decrease. For good interaction with colleagues in work area increases job satisfaction and hence efficiency in pharmaceutical care delivery, trainings targeted at increasing interpersonal interaction in work area should be given to pharmacy professionals [21, 22].

Through this study, it was found that the respondents had a high level of satisfaction in the item like "I have good interaction with coworkers”, in which 78.8% of participant replied that they come to an agreement with this inquiry. Our result is higher than a study done at Nigeria which revealed that 62.4% of respondents responded that they had good relation with their staffs [25].This discrepancy may be due to cultural difference since Ethiopia had a culture that promotes inter-personal relationship.

In this study, 57.6% of study respondents were not satisfied with chance of professional development. The study conducted in South Nigeria revealed that 47.2% of pharmacists were not satisfied with their opportunity to develop their profession [25]. The difference may be due to that the former study was done in hospital pharmacy and also government of the country may give a chance to develop their profession.