Type II diabetes is a major public health problem with high mortality in low and middle income countries. The presence of anti-diabetic drugs has improved the lives of diabetic patients and only complications such as kidney damage aggravate the disease. Therefore, diagnosis and identification of clinical predictors of the development of renal dysfunction are essential for better disease management. For this reason, we sought to assess the risk factors for renal dysfunction in type II diabetic patients in the NDE hospitals. We conducted a descriptive cross-sectional study in 100 Patients of which 70 were males and 30 females for a sex ratio of 2.33 over a 3-month period from August to October 2021. After completing a questionnaire, parameters such as creatinine and cystatin C were measured by spectrophotometry and nephelometry respectively. Renal function was then assessed by calculating glomerular filtration rate using the MDRD formula. Finally, risk factors were determined using the statistical test of logistic regression. The risk factors obtained after univariate and multivariate analysis were obesity and hypertension. In our population, 19% had moderate renal failure and 12% had severe renal failure. The GFR of the MDRD creatinemia in some patients was significantly higher than that of cystatin C. This would mean that cystatin C is an excellent predictive marker for early renal failure.

Diabetes is defined by the WHO as a group of metabolic diseases, characterised by chronic hyperglycaemia of varying degrees resulting from a defect in insulin secretion or insulin action or both. It is responsible for mortality and morbidity including degenerative, gravidic and infectious complications. Infectious complications. It is manifested by a syndrome combining polyuria, polydipsia and polyphagia. Diabetes is defined as any blood glucose level above 1.2g/l or 7.1 mmol fasting, or any blood glucose level above 2g/l or 11.1 mmol after two hours of a meal [1]. A distinction is made between two types of diabetes: type I and type II diabetes. Type I diabetes is caused by an autoimmune reaction in which the immune system attacks the beta cells of the islets of Langerhans. It is often associated with heredity, occurring in young people and physically manifesting as young people and is physically manifested by a progressive loss of weight. Type II diabetes is characterised by insulin resistance and is the most common type of diabetes. This serious condition is now increasingly becoming a major concern in developing countries and is therefore a major problem in developing countries and is therefore a real public health problem. Indeed, 347 million people worldwide suffer from diabetes. In 2012, diabetes was the direct cause of 1.5 million deaths [1]. More than 80% of these deaths occur in low- and middle-income countries middle-income countries [2]. The highest prevalence is recorded in Egypt with a rate of 16.2%, followed by Libya with a rate of 13.7% and Algeria with a rate of 10.5%, while the lowest rate is Burundi with 2.6%. In Cameroon, the prevalence of diabetes in men was estimated at 6.5% in 2003, without distinction of the living environment; in women, this prevalence was 8.5% in urban areas and 5% in rural areas during the same period [1]. Poorly treated diabetes contributes to numerous complications such as retinopathy, neuropathy, nephropathy, atherosclerosis, and arteritis of the lower limbs. Of these complications nephropathy is the most common and is currently the leading cause of chronic renal failure in Western countries [3]. It accounts for more than 50% of the causes of renal failure renal failure in the world [4]. Type II diabetes remains a major public health problem with high mortality. Patients suffering from this condition in low-income countries are at risk of numerous complications despite the use of anti-diabetic drugs, patients suffering from this disease in low-income countries are exposed to numerous complications. Unfortunately, in Cameroon, there is few data on the impact of diabetes on the renal function of patients. The aim of this study is therefore to assess renal function in patients with type II diabetes in hospitals of the NDE department.

To carry out this study, we obtained from the institutional ethics committee of the University of Ndé an ethical clearance (n°2021/089/udm/PR/CIE) and the research authorisations (n°2021/124/AED/UDM/CUM and n°382/A/MINSANTE/DRSPO/ DSBGTE/HBD) from the administrative managers of the hospitals of the department of Nde.

This is a descriptive cross-sectional study carried out in the hospitals of the NDE department over a period of 3 months. The study included 100 type II diabetic patients of whom 70 were male and 30 were female. Data were collected on a pre-established individual survey form that was tested and validated before use in the study. An interview was used to obtain information on socio- demographic and clinical data. The following tests were used to assess renal function: creatinine, cystatin C, creatinine GFR according to the MDRD formula, cystatin C GFR. Patients with type II diabetes who came for consultation in one of the hospitals of the department of Ndé and who gave their informed consent were included. Patients still in the process of being diagnosed with diabetes and patients who refused to participate in the study were excluded. Patients with both diabetes and renal failure were not included.

Blood samples were taken by venipuncture at the elbow and collected in dry and EDTA tubes and transported to the laboratory in cooler containing cold accumulators. Centrifugation was then performed at 3000 rpm for 3 minutes to obtain serum and plasma.

The study involved 100 patients with the following sociodemographic characteristics: 70% were male, the mean age was 55.96 ± 10.59 years with extremes ranging from 42-86 years. The predominant religion was Protestant Christian with 35%. The majority were married (38%) and 55% of the population had a primary school education (Table 1).

Table 1. Distribution of the population according to socio-demographic characteristics.

Cystatin C was found to be an early marker of renal function assessment, with overweight participants predominating. Of the 100 type II diabetic patients, 31% had renal failure, 19% with moderate renal failure and 12% with severe renal failure (Figure 1). 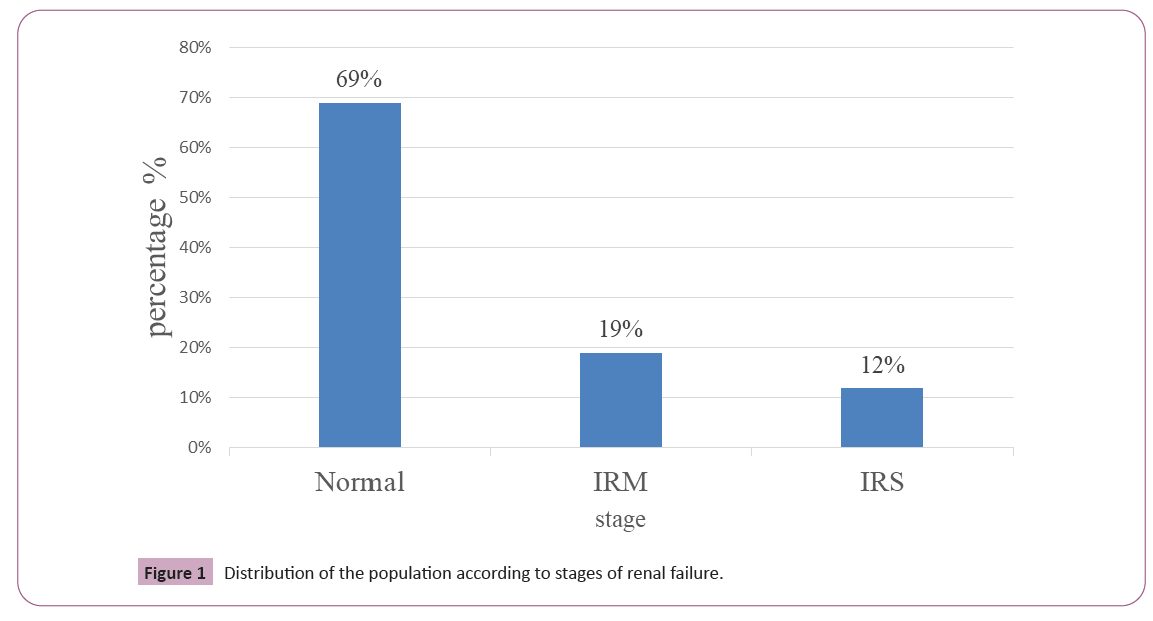 Figure 1: Distribution of the population according to stages of renal failure.

The cystatin C assay and the glomerular filtration rate allowed us to evaluate early renal failure in 9 patients, i.e. a percentage of 13.04%, with obesity and arterial hypertension as risk factors (Table 2).

Table 2. Risk factors for the development of renal failure.

Following this, blood samples were taken to measure glycated haemoglobin, creatinine and cystatin C. The study showed a male predominance with a percentage of 70%, i.e. a ratio of 2.33. This result is higher than that obtained by Charfie et al who found 63.4% in 2010 in Tunisia. This could be explained by the greater accessibility of men to health facilities due to their financial autonomy and decision-making power. Primary education was in the majority with a percentage of 55%. This result shows that ignorance of diabetes in low-income countries like Cameroon is a determining factor in the high percentage of diabetic patients with stage 3 renal failures. The age group most affected by diabetes in this study population was 42-55 years and accounted for 61% of cases. The mean age of the patients was 55.96 years with extremes ranging from 42 to 86 years. Diabetes is predominantly represented in young adults with an average age of 42 years. The results are similar to those obtained by Lin et al in 2007 in Morocco who found an average age of 56 years. This could be explained firstly by the importance of the prevalence of type II diabetes whose onset is late, generally after 45 years of age, and by an improvement in the management of patients. Secondly, the precarious health situation in African countries does not favour access to hospital care for older subjects and finally, this is the age group that is easily exposed to certain environmental factors such as alcohol and tobacco use.

Overweight subjects were more numerous with a prevalence of 43%. Only 42% of subjects were obese. These results are comparable to those of Mawe et al who in 2019 in Cameroon found a predominance of overweight subjects (36.40%) and 12.7% of obese subjects. This could be explained by the absence of physical efforts and sedentary lifestyle linked to the fact that our population seeks a certain social ease by blindly copying certain mentalities and ignoring the place of sports in their lives. Several studies suggest that the recent increase in overweight and obesity in Africa is the result of intentional weight gain as these notions are considered as a sign of good health [5].

Concerning the stages of renal failure, 19% of the patients were at the stage of moderate renal failure due to the lack of financial means and medical insurance of the patients who do not consult regularly and prefer to rely on other alternatives such as prayer and the use of traditional plants. These results are similar to those obtained by Pouteil et al who in France in 2001 reported 20% of cases. This could be related to diabetic nephropathy which is attributed to the ageing of the population as the incidence of type II diabetes increases with age [6]. Of the 69 patients with normal GFR, 09 had early renal failure after calculation of cystatin C GFR. These results are comparable to those found by Raache et al who in 2016 found cystatin C to be a more interesting and sensitive marker than creatinine for the detection and monitoring of early renal failure. This could be explained by the fact that cystatin C is not significantly modified by muscle mass or diet. Furthermore, the majority of cystatin C concentration values are above physiological norms, which already points to renal damage. Further studies by Hajri Saida et al in 2016 and Pavkov et al in 2013 showed that in the end stage cystatin C actually estimates the level of renal failure with a significant p-value (p < 0.0001) contrary to the MDRD formulae making it an excellent predictive marker of chronic kidney disease [7,8].

The aim of this study was to assess the risk factors for renal failure in patients with type 2 diabetes in hospitals in the NDE department. It was found that 100 subjects were included in the study whose age ranged from 42 to 86 years with a male predominance of 70%. The most affected age group was 42- 55 years with a percentage of 61%. The most common marital status was married. The most represented educational level was primary school. The most represented religion was Protestant and the most represented region was the Western region. 43% of our population was overweight. The GFR of creatinine according to the MDRD formula revealed that 31 % of the patients had renal failure. Of these, 19% had moderate renal failure and 12% had severe renal failure. Of the 69 patients with a normal creatinine GFR, the cystatin C GFR showed that 9 of these patients had early renal failure. This represents a percentage of 13.04%. Logistic regression identified obesity and hypertension as risk factors for renal dysfunction.