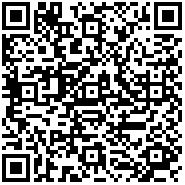 Atrial fibrillation, also known as A-fib or AF, is one of the most common types of cardiac arrhythmias. Atrial fibrillation causes the heart to beat much faster or slower than normal. As a result, the upper and lower chambers do not work together as they should be. As a result, there is a lack of filling of the lower chambers and, as a cosequesis, less blood supply to the body organs, for example, the lungs and brain.

Atrial fibrillation can manifest itself in the following forms:

• Paroxysmal with a duration of up to 7 days

• Persistent with a duration longer than one week

• Long-term persistent with a duration longer than 1 year ongoing

Patients with the pre-existing condition of atrial fibrillation have a 4-5 fold increased risk of suffering a stroke [1]. This risk increases with the age of the patients. In patients aged 50 to 59, the risk is 1.5%. In patients with atrial fibrillation (AF) who are 80 years or older, the said risk of stroke already increases to 25% [2]. As already commented in chapter 4.1, the risk of ischemic insult also increases with age. This, combined with the circumstance that the life expectancy of the population is increasing, it is supposed that in future, a larger number of patients with strokes and simultaneous AF will be present in hospitals [3]. AF is seen as an independent prognosticator of both mortality and a worse outcome in stroke patients [4,5].

To have a validated predictor of the effects of an acute ischemic infarction, the iScore was developed. The iScore has the task of predicting mortality after 30 days as well as after 1 year after the ischemic infarct. In addition, death, or a possible disability at the time of dismissal as well as death or institutionalization upon dismissal should also be predicted [6]. The iScore is also used for assessments of bleeding risk and clinical responses after thrombolysis. In addition to these parameters, other factors are also considered, such as AF and other readily available clinical variables. This should help to divide patients after an ischemic attack, regarding the existing risk, into good or bad recovery groups [7].

After 30 days to 1 year, patients with AF had an increased death rate and lower probability of discharge than patients who were not additionally exposed to AF but had comparable iScore values, as a study from 2012 reported. In addition, AF was also shown to be related with a higher hazard of death or disability and hemorrhagic complications after thrombolysis. In addition, it was found that clientage with AF had an average higher iScore than patients without AF. On average, the iScore increases by an average of 10 points in patients with AF, which is explained by the effects of older age, more severe strokes or even several comorbid diseases [8].

The harmful effects of AF are supposed to be due to larger areas of hypoperfusion and low recanalization. This can lead to larger infarct volumes and more severe hemorrhagic transformations [9,10].

The embolisms that eventually trigger the stroke usually arise as wall thrombi in the flickering atrium. Predominantly, this thrombus can be found in the auricle of the affected atrium, as there is a stagnant blood flow in this area, which favours the formation of thrombus. Drug treatment, like with the medication warfarin, can reduce the hazard of an ischemic attack. The average risk reduction is at 68% [15].

Perform manual pulse palpation to assess for the presence of an irregular pulse if there is a suspicion of atrial fibrillation [17]. This includes people presenting with any of the following:

• Use an ambulatory ECG monitor, event recorder or other ECG technology for a period appropriate to detect atrial fibrillation if symptomatic episodes are more than 24 hours apart.

Atrial fibrillation can be treated with lifestyle changes, medication and surgery [18]. The aim is to prevent the development of blood coagulation, regulate the heart rate or restore a normal heart rate.

• Discontinuation of illicit drug use

Beta-blockers, such as metoprolol, carvedilol and atenolol, lead to the normalization of heart rate. Betablockers are taken orally, in an emergency intravenously. The main side effects are COPD and worsening of arrhythmia. With arterial hypotension, beta-blockers are contraindicated.

Blood thinners such as edoxaban, dabigatran, warfarin, heparin and clopidogrel prevent the formation of blood coagulation. These are presented in more detail in the section Prevention of ischemic Stroke.

Calcium channel blockers such as diltiazem and verapamil control the rate at which heart chambers throw out blood.

Digital or digoxin also controls the heart rate. These must be used with caution, due to the risk of other cardiac arrhythmias.

In the absence of success after lifestyle change and regular use of medication, interventional interventions should be considered. These include:

• Catheter ablation led to the destruction of the tissue, which leads to arrhythmia. Ablation is not always successful and in rare cases can lead to serious injuries such as cerebral infarction. The risk of recurrence of atrial fibrillation is increased in the first weeks after ablation, in which case reimplementation if necessary.

• Surgical ablation only in rare cases, where at the same time an operation as in the case of heart valve defects is necessary.

• Occlusion of the left atrial ear leads to the prevention of the formation of blood coagules and comes into consideration blood-thinning ones cannot be taken.

The two instruments are practical in everyday life and have high informative value in estimation risk of ischemic stroke or TIA both in patients with and without atrial fibrillation. With a scoring of ≥ 1 point on CHA2DS2– VASc and ≥ 2 points on CHADS2, antithrombotic therapy should be sought. For a scoring of 0-1 on CHADS2, the application of CHA2DS2–VASc should be carried out. The antithrombotic therapy was carried out for many years with vitamin K antagonists (warfarin). Currently, the new oral anticoagulants (apixaban, rivaroxaban, edoxaban, dabigatran) are available, they are similar to vitamin K antagonists in prophylaxis against ischemic stroke in nonvalvular AF.

The risk of intracerebral hemorrhage under antithrombotic therapy with vitamin K antagonist or the new oral anticoagulants should be calculated before the start of therapy. For this purpose, instruments have been developed, in everyday clinical practice HAS-BLED score has prevailed, here a point is awarded for the following risk factors: arterial hypertension (uncontrolled systolic hypertension, 160 mmHg), dysfunction of the kidneys and/or liver, stroke in the past, bleeding in the past or presence of risk factors of bleeding, unstable INR values, age, and concomitant medication (e.g. aspirin) and / or alcohol disease. In the case of a HAS-BLED score >3, the indication for antithrombotic therapy should be strictly examined, and regular monitoring is recommended. In people at high risk of suffering from intracerebral bleeding, or in the presence of contraindications to anticoagulant therapy, left atrial appendage occlusion (LAAO) is an alternative that is safe and effective against cardiac embolic ischemic stroke.

After the acute occurrence of a focal neurological deficit, medical diagnostics are carried out, if possible in the hospital with the availability of a so-called stroke unit. Diagnostic measures including imaging, echocardiography, vascular imaging, and laboratory examination and monitoring of vital parameters are carried out there. Subsequently, the cerebral blood circulation is classified on the basis of the collected examinations. If the diagnosis speaks for a cardiac-embolic source, there is an indication for oral anticoagulation by means of vitamin K antagonist (warfarin), non-vitamin K antagonsites (NOAC) or LAAO.