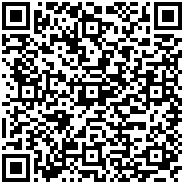 Bacterial Infections in Cirrhosis and Structure of Bacteria

Bacterial infections have a large impact on public health. Disease can occur at anybody site and can be caused by the organism itself or by the body's response to its presence. Bacteria are transmitted to humans through air, water, food, or living vectors. The principal modes of transmission of bacterial infection are contact, airborne, droplet, vectors, and vehicular. Preventive measures have a dramatic impact on morbidity and mortality. Such measures include water treatment, immunization of animals and humans, personal hygiene measures, and safer sex practices. Bacterial resistance to antibiotics is a growing concern mandating their prudent use.

Bacteria are unique among the prokaryotes in that so many of them are normal flora that colonizes the host without causing infection. Once a person is infected, clinically apparent disease may or may not be seen, and only in a small subset of infections do we see clinically significant disease. Bacterial infections can be transmitted by a variety of mechanisms. In order to be spread, a sufficient number of organisms must survive in the environment and reach a susceptible host [1]. Many bacteria have adapted to survive in water, soil, food, and elsewhere. Some infect vectors such as animals or insects before being transmitted to another human. New species and new variants of familiar species continue to be discovered, particularly as we intrude into new ecosystems. Both Lyme disease and Legionnaire's disease, now well-known to health-care professionals, were discovered as recently as the 1970s. The recent increased prevalence of highly immunosuppressed individuals, both due to AIDS and the increasing use of immunosuppressive drugs as chemotherapy and for transplantation of organs, tissues, and cells, has led to a population of patients highly susceptible to types of bacterial infections that were comparatively rare before [2].

Several factors lead to the development of bacterial infection and disease. First, the infectivity of an organism determines the number of individuals that will be infected compared to the number who are susceptible and exposed. Second, the pathogenicity is a measure of the potential for an infectious organism to cause disease. Pathogenic bacteria possess characteristics that allow them to evade the body's protective mechanisms and use its resources, causing disease [3]. Finally, virulence describes the organism's propensity to cause disease, through properties such as invasiveness and the production of toxins. Host factors are critical in determining whether disease will develop following transmission of a bacterial agent. These factors include genetic makeup, nutritional status, age, duration of exposure to the organism, and coexisting illnesses. The environment also plays a role in host susceptibility. Air pollution as well as chemicals and contaminants in the environment weaken the body's defenses against bacterial infection. Bacteria are ubiquitous. They play an important role in maintaining the environment in which we live. Only a small percentage of the world's bacteria cause infection and disease [4]. These bacterial infections have a large impact on public health. As a general rule, bacterial infections are easier to treat than viral infections, since the armamentarium of antimicrobial agents with activity against bacteria is more extensive. More so than with infectious diseases caused by viruses and parasites, however, bacterial resistance to antimicrobials are a rapidly growing problem with potentially devastating consequences [5].

Bacteria are prokaryotic organisms that carry their genetic information in a double-stranded circular molecule of DNA. Some species also contain small circular plasmids of additional DNA. The cell cytoplasm contains ribosomes and there is both a cell membrane and, in all species except Mycoplasma, a complex cell wall. External to the cell wall, some bacteria have capsules, flagella, or pili. Bacteria normally reproduce by binary fission. Under the proper conditions, some bacteria can divide and multiply rapidly. Consequently, some infections require only a small number of organisms to cause potentially overwhelming infection [6].

Bacteria are classified as Gram-positive or Gram-negative based on the characteristics of their cell wall, as seen under a microscope after stains have been administered, a procedure called Gram staining that was developed in 1882 by Hans Christian Gram. Most, but not all, bacteria fall into one of these two categories. Clinically, one of the main differences between gram-positive and gram-negative organisms is that gram-negative bacteria tend to produce an endotoxin that can cause tissue destruction, shock, and death. The two classes of bacteria differ in their antibiotic susceptibilities as well.

The research guidelines of the Fundeni Hepatology and Gastroenterology Clinic were followed in the clinical research of this report. All the records of the patients admitted with the diagnoses of hepatic cirrhosis, fever, bacteraemia, sepsis, systemic inflammatory syndrome, from October 1st 2008 to March 31st 2009, were reviewed. For all patients we reviewed the clinical and laboratory data entries in their medical records [7]. Criteria for infection diagnostic were set according to its localization. The diagnosis of spontaneous bacterial peritonitis was made by: more than 250 enterocytes in ascetic fluid and or positive cultures for a certain germ and exclusion of other secondary causes of peritonitis [8]. The seeding of ascetic fluid in hem culture bottle with aerobic and anaerobic media and the follow-up of the sample by incubation in BancTec automatic system was done in 2 patients [9].

The most frequent infectious complications are spontaneous bacterial peritonitis (25%), urinary tract infection (20%), pneumonia (15%), bacteraemia (12%), cellulitis or other infections. Cirrhotic patients are susceptible to infections due to abnormal immune response and bacterial translocation which enables alteration of local immunity and bacterial growth [10].

Secondly, a large number of the population studied were the patients admitted to the hospital for routine blood work and check-ups, due to the nature of the health care and the access to the providers in the tertiary care centers. For the patients coming from long distance, in order to provide routine blood work, imaging in the compensated cirrhosis of different etiologies, a hospital admission is required. More than that 51.24% (n = 536) of all cases were in compensated stage of liver cirrhosis and only 48.76% (n = 322) in decompensated stage. It is sometimes very difficult from a chart review to extract that paticular population.

Bacterial infections have a large impact on public health. Disease can occur at anybody site and can be caused by the organism itself or by the body's response to its presence. Bacteria are transmitted to humans through air, water, food, or living vectors. The principal modes of transmission of bacterial infection are contact, airborne, droplet, vectors, and vehicular. Preventive measures have a dramatic impact on morbidity and mortality. Such measures include water treatment, immunization of animals and humans, personal hygiene measures, and safer sex practices. Bacterial resistance to antibiotics is a growing concern mandating their prudent use.

It is well known that some bacterial infections are asymptomatic and so they must be actively sought even if there is just an infection suspicion of infection, which might be a rapid decompensating with no apparent cause. We believe the we need to have a high index of suspicion for an infectious process, despite the paucity of the signs and symptoms of infections in all hospitalized patients with decompensated cirrhosis, and upper GI bleeding in any cirrhotic patient, given the observed high mortality. Prompt workup to determine the site of infection, along with early antibiotic therapy and supportive measure might lower the observed mortality. In this study the rate of bacterial infections in HC is low compared with the literature (4.9% vs. 15-30%), because the study was retrospective, hence recorded only severe infections. We must actively seek infections in all hospitalized patients with HC, especially in the ones with decompensated cirrhosis and with upper GI bleeding.