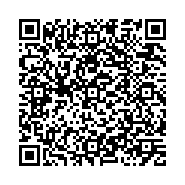 Biopsychosocial Implications of Crystal Methamphetamine Abuse: A Review of Literature

Background: Drugs primarily affect the way individuals think, feel and behave. Illicit substances such as crystal methamphetamine show a strong association to abnormalities in the process of neurotransmission.

Objective: The main aim of this review is to analyse substance abuse and abnormalities in neurotransmission focusing on crystal methamphetamine and its physiological, psychological and social implications.

Discussion and Conclusion: This thematic review draws close attention to the physiological changes, psychological disorders and abuse of crystal methamphetamine among homosexual men tested positive for Human Immunodeficiency Virus (HIV) as well as a need for better social care services and treatment in order to overcome homophobic stigmatization.

It is a well-known fact that drugs are a gateway to altered states of consciousness and neurotransmitters play a vital role with regard to substance abuse. Sections of the mid brain contain clusters of a particular group of neurotransmitters which play a pivotal role in drug addiction. These neurotransmitters include acetylcholine, dopamine, serotonin, norepinephrine etc. Each neurotransmitter is affiliated with particular effects on various areas of the brain. For instance, Dopamine is highly concentrated in regions that are responsible for motivation and feelings of reward, which in turn is a strong motivator for drug use. A neurotransmitter’s impact also depends on whether it stimulates or dampens activity of its target neurons. The cycle of release and breakup in the absence of addictive drugs maintains appropriate levels of neurotransmitters in the synapse [1]. However, in the presence of an illicit substance, the process of neurotransmission increases or decreases at an alarming rate.

Particular drugs have a target effect on a class of neurotransmitters; Heroin and other opioids induce effects that are very close to the effects produced by neurotransmitters such as endorphins [1]. An important point to be noted is that the high levels of dependence and addiction caused by these illicit substances, have one thing in common, in that the excessive increase in dopamine signals of the brain area, called the ‘nucleus accumbens’ [1] is the principle cause for the desire to repeat and relive the experience. Chronic drug use results in permanent abnormalities in the process of neurotransmission leading to changes in structure and function of the brain.

Methamphetamine crystals also known as ‘Ice’, was first produced in 1893 and is an extremely potent central nervous system stimulant [2]. The drug is consumed in four forms: injected, smoked, eaten (tablets) or snorted. It has been shown that pharmacologically, there is a strong association between crystal methamphetamine and psychosis due to the drug’s capability to increase synaptic dopamine levels [3].

Further, large cross-sectional studies on the drug have shown chronic users to have a significantly high risk of schizophrenia [3]. Consumption of methamphetamine and its after effects causes severe paranoia and depression. It is also used for staying awake and supressing appetite [2]. The National Institute on Drug Abuse (NIDA) conducted brain imaging studies on chronic methamphetamine users. Results of these studies depicted that abusing the drug can cause significant problems to the individual’s verbal learning and motor skills, memory as well as various cognitive difficulties [4].

Lyons et al. conducted a research study to investigate the factors associated with methamphetamine among older Australian homosexual males [5]. A sample of 1135 HIVpositive and HIV- negative men aged 40 years and older were considered. Results of the study showed 13% of the sample reported using methamphetamine in the past 12 months. Use of methamphetamine was more prevalent among HIV- positive men (24%) when compared to HIV- negative men (11%). In line with this, an ethnographic study conducted by Ryan. A. Brown on American Indian white youth investigated the factors of social role expectations and masculinity [6]. In the interviews, participants reported feelings of social isolation during the initiation of methamphetamine use, incidents of overdose as well as changes in emotionality and mood.

Crystal methamphetamine produces several psychological changes as well. Martin et al. conducted a study investigating the characteristics of the drug among two marginalized populations of youth (less than 30 years of age) [9]. The sample of 200 members comprised individuals of the LGBTQIA+ community as well as street involved youth. Self-report questionnaires were administered. Results of the study showed that 43% of the sample consumed the drug to stay awake and began to abuse it in the mid teenage years. On the other hand, street involved youth who used crystal methamphetamine were more likely to abuse other drugs such as marijuana, heroin, ecstasy and ketamine. Both groups reported experiences of auditory hallucinations. Psychological disorders such as depression, anxiety and schizophrenia were also reported to be prevalent by usage of this drug.

Apart from the physiological and psychological impact of crystal methamphetamine, the social aspect is also to be considered. Green and Moore conducted a study to investigate methamphetamine smoking habits among young Australian adults [10]. The sample comprised 60 individuals and semistructured interviews were conducted. Results of the study show that stigmatization of methamphetamine in turn advocated for its use in private settings such as in ‘after parties’. The cultural representation of crystal methamphetamine as an addictive drug deters individuals from seeking medical help and therefore brings a negative impact on one’s life. Literature has also emphasized on the issues of stigmatization and homophobia that has existed in society since time immemorial.

A qualitative study to investigate health care among individuals who consume crystal methamphetamine and to distinguish the truths of the drug from the myths was conducted by Russell Westhaver [11]. The sample included detailed interviews with 20 health service providers. Purposive and snowball sampling techniques were employed. Results of the study depicted that great importance lies in awareness about health care through social contexts and communication such as public health drives. Feeding the stereotypes of homosexual men being “sex- addicts” prevents these individuals from coming out to seek professional help leading to detrimental outcomes. In line with this, Dey et al. conducted a study to investigate the association between health risk behaviours and quality of life among young men [12]. The sample comprised 5306 Swiss men who participated in the Cohort Study on Substance Use Risk Factors and portrayed potential associations to health risk behaviours including cannabis use, cigarette smoking, and most importantly alcohol and crystal methamphetamine abuse. The results of the study depicted that almost all health-risk behaviours have a direct association to a compromised quality of life as well as unsafe sexual behaviours.

Liu L and Chai X conducted a study to investigate sexual behaviours among Chinese methamphetamine users [13]. The sample comprised 19 female and 16 male Chinese users of the drug and semi-structured interviews were conducted. Results of the study were similar to previously mentioned studies wherein methamphetamine promoted high risk sexual behaviours in both genders, predominantly in men. Conclusions drawn from the study include suggestions made to policy makers to strengthen safe- sex education as well as enhance prevention programs targeted to the rehabilitation of women.

Hayashi et al. proposed the Substance Abuse, Violence and HIV/ AIDS (SAVA) Syndemic Model [14]. This model describes the interplay of substance abuse, violence, HIV risk and their burdens on the population of today. The model was formulated after studying partners who consumed crystal methamphetamine and underwent a HIV behavioural intervention. Multinomial regression analysis which was conducted after the intervention showed individuals with lower social support reported to engage in high risk behaviours which in turn affected intimate partner relationships. The model provides interventions in the area of health promotion for those individuals consuming crystal methamphetamine.

With regard to treatment, Buxton and Naomi suggested a model on the possible management strategies for dealing with individuals using crystal methamphetamine [15]. The model includes treating acute symptoms of hyperactivity or agitation with a dopamineblocking agent such as haloperidol. Behavioural and psychiatric intoxication could be treated with diazepam. Possible therapies the model consists of are contingency management and cognitive behavioural therapy (12 step self- help programmes, relapse prevention etc.).

Consumption of crystal methamphetamine along with other drugs evidently leads to structural and functional changes in the brain as well as abnormalities in the process of neurotransmission. This thematic review also brings to light the physiological, psychological and social implications of the drug with regard to homosexual males as well as in the area of health care promotion. Significant findings about crystal methamphetamine abuse points to high risk sexual behaviour among HIV positive homosexual males and a lack of health services being used by these individuals due to the exceeding levels of stigmatization surrounding the drug. There is a great need to spread awareness about the effects of the drug and open up the hands of society to accepting and helping those who suffer from its addiction.