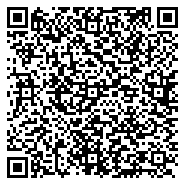 The Cadmium oxide (CdO) nanoparticles-DNA/RNA complexes have been extensively investigated as the synthesis model Nano compounds to mimic coenzymes, Dioxygen carries and oxygen activators. It is been revealed that certain CdO nanoparticles- DNA/RNA complexes are potent anti-viral, anti-tumor and anti-microbial drugs.

CdO nanoparticles-DNA/RNA complexes occur in a variety of biological systems with widely differing functions. These complexes play important roles in oxygen transport and storage, electron transport and in enzymatic functions. It seems certain that some of these functions depend on the addition or substitution of a DNA/RNA ligand in an axial position of the metal ion. Therefore, the DNA/RNA axial ligation reaction is one of the important processes from both analytically and bioinorganic points of view. The axial ligation process has been monitored by changes of DNA/RNA sort band. The equilibration parameters have been obtained from the concentrations profiles. Binding data are interpreted based on the basicity and steric influence of the entering DNA/RNA ligands. Our results show that straight chain from more stable CdO nanoparticles-DNA/RNA complexes than the corresponding cycle chain.