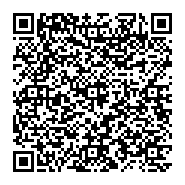 Introduction: It has already been reported in many types of malignant tumors that a solid metastasis can have a different histology and more aggressive state than the primary tumor.

Case presentation: We report the case of a 60-year-old smoker woman who presented with bone metastasis that histologically proved to be an adenocarcinoma. Bronchoscopy revealed a squamous cell lung cancer that – despite the different histology – was regarded as the primary tumor. Two weeks later a rapidly growing skin tumor developed that was also a squamous cell carcinoma, and was regarded as the distant metastasis of the endobronchial cancer.

Conclusions: In lung cancer it is important not to exclude the possibility of tumor dissemination even if the suspected primary tumor and the distant metastasis have different histologies.

It is well known that a metastasis can have a different histology and more aggressive state than the primary tumor [1,2].

A 60-year-old heavy smoker female (pack-year index: 38) was admitted to the Department of Pulmonology of the Semmelweis University in June 2013, after surgery because of pathologic fracture due to right pelvic lytic metastasis. Histologically, the pelvic tumor mass proved to be a poorly differentiated adenocarcinoma with codon 12 point mutation of the KRAS gene (glycine (GGT) to valine (GTT) conversion) characteristic for smoking-related genetic changes. The method used for KRAS mutation analysis has already been described in our previous work by Cserepes et al. [3]. Bronchoscopy revealed an endobronchially visible tumor in the right lower lobe bronchus that was diagnosed histologically as a TTF-1 (thyroid transcription factor-1) negative and p63 positive squamous cell carcinoma, and was regarded as the primary tumor. Thoracic CT showed paratracheal lymph node enlargement and a small, lobular right upper lobe nodule both regarded as metastases. Abdominal CT scan showed enlarged left adrenal gland referring to adrenal metastasis. Two weeks after her admission, rapidly growing multiple cystic subcutaneous nodules with inflammatory changes developed on the chest wall in the left axillary line. Aspiration cytology showed squamous cell carcinoma that was regarded as the distant metastasis of the right central lung cancer. During her hospitalization pathologic fracture of the left humerus occurred. The general condition of the patient deteriorated rapidly and she died 5 weeks after her admission even without having the opportunity to receive palliative oncotherapy. In summary, in this patient both the primary tumor and the subcutaneous metastases were squamous cell carcinomas; however, the pelvic bone metastasis proved to be an anaplastic adenocarcinoma. Neither thoracic CT nor bronchoscopy showed any other lesion that could have been regarded as synchronous primary lung cancer or other primary tumor, such as thyroid or breast cancer. Moreover, abdominal CT did not show other lesion referring to extrathoracic primary tumor but only adrenal metastasis, typical metastatic site of lung cancer.

In the presented case we might speculate that the right lower lobe endobronchial tumor contained adenosquamous elements, and during the metastatic process a tumor cell selection occurred resulting in different histology from the primary lung cancer. This is in accordance with the concept of tumor cell heterogeneity, i.e. highly metastatic cells are present as a sub-population in a primary tumor. It is well known that there are different mechanisms of clonal variation including clonal selection, parallel evolution, dynamic heterogeneity, clonal dominance and stem cell expansion [4]. In lung adenocarcinoma, the prognostic significance of KRAS mutation has already been documented [5]. The correlation between primary tumor and bone metastasis in non-small cell lung cancer was investigated by Badalian et al, who demonstrated that KRAS mutational status of the primary tumor did not predict the status of the bone metastatic tissue, since they had observed both emergence of mutant clones in metastases from wild-type primary tumors and loss of mutant clones in metastases from mutant primaries in addition to the maintained mutant status [6].

Skin metastases from lung cancer are rare with a reported incidence of 1-2% [7]. They are more frequent in patients aged over 40 years, and are associated with a particularly aggressive biological behavior [8]. In our patient active oncotherapy, which could have contributed to an artificial selection pressure for clonal divergence or stem cell expansion was not possible to imply, therefore, this case might prove that even in the absence of therapeutic intervention histological difference between primary tumor and metastasis can be observed.

In our case, multiple distant metastases with different histology could be demonstrated. The skin involvement had the same squamous cell carcinoma histology as the primary lung cancer, while the bone metastasis was found to be an adenocarcinoma with a molecular feature that might be regarded as one of the most aggressive ones in the adenocarcinoma subgroup.

Authors disclose no conflict of interest.