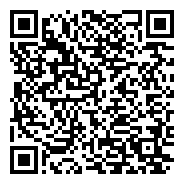 Ebola virus disease (EVD) is a severe disease caused by Ebola virus, a member of the filo virus family, which occurs in humans and other primates. The disease emerged in 1976 in almost simultaneous outbreaks in the Democratic Republic of the Congo (DRC) and Sudan (now South Sudan) [1]. Between 1979 and 1994 no cases or outbreaks were detected, however since that time outbreaks have been recognised with increasing frequency (see table below). The largest outbreak to date took place in West Africa between March 2014 and June 2016, affecting primarily Guinea, Liberia and Sierra Leone. Over 28,000 cases were recorded. There are 6 species of Ebola virus, 4 of which have caused disease in humans:

Reston ebolavirus (RESTV) has caused severe illness in nonhuman primates but not in humans [2]. RESTV was first detected in October 1989 in Reston, Virginia (USA) in a colony of monkeys imported from the Philippines, and has subsequently caused outbreaks in non-human primates in Pennsylvania (Philadelphia), Texas (Alice) and Italy (Sienna). Several research workers became infected with the virus during these outbreaks, but did not become ill.

Investigations traced the source of all outbreaks caused by RESTV to one export facility in the Philippines, but how the facility was contaminated was not determined. In December 2008, RESTV was found in sick pigs in the Philippines. A number of workers developed antibodies but none had had any symptoms. A 6th species of ebolavirus was discovered in bats in Sierra Leone in 2018, and named Bombali ebolavirus. It is not yet known if this species is pathogenic for humans [3].

In Africa between 1976 and 2014, outbreaks of EVD primarily occurred in remote villages close to tropical rainforests in Central and West Africa. Most confirmed cases were reported from the Democratic Republic of the Congo (DRC, formerly Zaire), Sudan, Gabon, Uganda, and the Republic of Congo.

Following the discovery of the virus, scientists studied thousands of animals, insects, and plants in search of its source (called reservoir among virologists, people who study viruses). Gorillas, chimpanzees, and other mammals may be implicated when the first cases of an EVD outbreak in people occur. However, they – like people – are “dead-end” hosts, meaning the organism dies following the infection and does not survive and spread the virus to other animals [4]. Like other viruses of its kind, it is possible that the reservoir host animal of Ebola virus does not experience acute illness despite the virus being present in its organs, tissues, and blood. Thus, the virus is likely maintained in the environment by spreading from host to host or through intermediate hosts or vectors. African fruit bats are likely involved in the spread of Ebola virus and may even be the source animal (reservoir host). Scientists continue to search for conclusive evidence of the bat’s role in transmission of Ebola. 1 The most recent Ebola virus to be detected, Bombali virus, was identified in samples from bats collected in Sierra Leone [5].

The first human case in an Ebola outbreak is acquired through contact with blood, secretions organs or other bodily fluids of an infected animal. EVD has been documented in people who handled infected chimpanzees, gorillas, and forest antelopes, both dead and alive, in Cote d’Ivoire, the Republic of Congo and Gabon. The first case in the West Africa outbreak was likely acquired via exposure to bats. The virus is then transmitted from person to person through direct contact with the blood, secretions, organs or other bodily fluids of infected persons. People can also become infected through contact with objects, such as needles or soiled clothing that has been contaminated with infected secretions. Outbreaks have been fuelled by traditional burial practices, in which mourners have direct contact with the bodies of the deceased [6]. Acquisition via sexual contact with a convalescent case or survivor has been documented - the virus can be present in semen for many months after recovery.

Hospital workers have frequently been infected during Ebola outbreaks through close contact with infected patients, and insufficient use of correct infection control precautions and barrier nursing procedures. Needle stick exposures in research laboratory workers who subsequently became infected were documented in England (in 1976), and Russia.

Ebola is not spread through routine, social contact (such as shaking hands or sitting next to someone) with asymptomatic individuals. There is no evidence of transmission of Ebola virus through intact skin or through small droplet spread, such as coughing or sneezing [7].

Ebola virus disease (EVD), one of the deadliest viral diseases, was discovered in 1976 when two consecutive outbreaks of fatal hemorrhagic fever occurred in different parts of Central Africa. The first outbreak occurred in the Democratic Republic of Congo (formerly Zaire) in a village near the Ebola River, which gave the virus its name. The second outbreak occurred in what is now South Sudan, approximately 500 miles (850 km) away [8]. Initially, public health officials assumed these outbreaks were a single event associated with an infected person who traveled between the two locations. However, scientists later discovered that the two outbreaks were caused by two genetically distinct viruses: Zaire ebolavirus and Sudan ebolavirus. After this discovery, scientists concluded that the virus came from two different sources and spread independently to people in each of the affected areas.

The incubation period of Ebola virus disease ranges from 2 to 21 days.

The onset of illness is sudden, with fever, headache, joint and muscle pain, sore throat and intense weakness. Diarrhoea and vomiting may be significant. Some patients may develop a rash, red eyes, hiccups, impaired kidney and liver function, and internal and external bleeding. Ebola virus disease is fatal in between 40 to 90% of all clinically ill cases, depending on the virus species, patients’ age and many other factors [9].

Clinical diagnosis of EVD in the early stages of infection is difficult, as early symptoms are non-specific and similar to those of other infections. However, once later symptoms develop, a clinical diagnosis of Ebola may be made. Laboratory diagnosis must be carried out under maximum biological containment conditions. Tests are available to detect viral RNA or antibodies to the virus and it can also be isolated in tissue culture [10].

There are clinical trials in progress for experimental treatments and vaccines, but none are currently licensed for use. Patients require intensive supportive therapy including intravenous fluids or oral rehydration with solutions including electrolytes, maintaining their oxygen status and blood pressure.

The use of contaminated needles and syringes during the earliest outbreaks enabled transmission and amplification of Ebola virus. During the first outbreak in Zaire (now Democratic Republic of Congo – DRC), nurses in the Yambuku mission hospital reportedly used five syringes for 300 to 600 patients a day. Close contact with infected blood, reuse of contaminated needles, and improper nursing techniques were the source for much of the human-tohuman transmission during early Ebola outbreaks. In 1989, Reston ebolavirus was discovered in research monkeys imported from the Philippines into the U.S. Later, scientists confirmed that the virus spread throughout the monkey population through droplets in the air (aerosolized transmission) in the facility. However, such airborne transmission is not proven to be a significant factor in human outbreaks of Ebola. The discovery of the Reston virus in these monkeys from the Philippines revealed that Ebola was no longer confined to African settings, but was present in Asia as well. By the 1994 Cote d’Ivoire outbreak, scientists and public health officials had a better understanding of how Ebola virus spreads and progress was made to reduce transmission through the use of face masks, gloves and gowns for healthcare personnel. In addition, the use of disposable equipment, such as needles, was introduced. During the 1995 Kikwit, Zaire (now DRC) outbreak, the international public health community played a strong role, as it was now widely agreed that containment and control of Ebola virus were paramount in ending outbreaks. The local community was educated on how the disease spreads; the hospital was properly staffed and stocked with necessary equipment; and healthcare personnel was trained on disease reporting, patient case identification, and methods for reducing transmission in the healthcare setting.

In the 2014-2015 Ebola outbreak in West Africa, healthcare workers represented only 3.9% of all confirmed and probable cases of EVD in Sierra Leone, Liberia, and Guinea combined.6 In comparison, healthcare workers accounted for 25% of all infections during the 1995 outbreak in Kikwit.7 During the 2014- 2015 West Africa outbreak, the majority of transmission events were between family members (74%). Direct contact with the bodies of those who died from EVD proved to be one of the most dangerous – and effective – methods of transmission. Changes in behaviors related to mourning and burial, along with the adoption of safe burial practices, were critical in controlling that epidemic