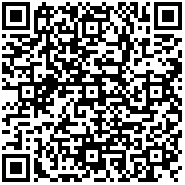 Cardiac surgery is the specialty of medicine concerning the surgical treatment of pathologies related to the heart and thoracic aorta. The spectrum of modern cardiac surgery can be understood by its history beginning at the end of the 19th century. Since then cardiac surgery developed through the work of numerous dedicated surgeons offering more and more treatments for diverse cardiac pathology. This development is still ongoing today.

In 1882, Billroth performed the first pericardiectomy [1]. The first successful treatment of cardiac trauma was done by Ludwig Rehn when he operated on a cardiac stab wound in 1896 against the wide held belief that the heart is not an organ on which surgeons should operate [2]. The development of cardiopulmonary bypass was necessary to reach the structures of interest and was pushed by the high mortality of the early cardiac operations like embolectomy (first completed by Trendelenburg) [3].

Surgical revascularization is one option to relieve ischemic heart disease with complicated atherosclerosis. Vineberg implanted the left internal mammary artery (LIMA) into the anterior free wall forming no direct anastomoses to the coronary vessels. He has observed, in earlier experiments, that collaterals develop when ischemia is present. During the 1960s several surgeons in different locations pioneered the first coronary artery bypass grafting (CABG) operations [4, 5]. The era of reversing coronary artery disease started with the invention of cardiac catheterization by Forssman in 1929 and injection of contrast media to visualize coronary vessels and locate stenosis by Shirey in 1962. Bypass grafting and interventional revascularisation form the 2 main possibilities to treat ischemic heart disease besides drug treatment [6].

Surgical treatment of valvulopathies started closed mitral commissurotomy by passing a finger or instrument through the narrow orifice of the mitral stenosis to dilate or cut it as did Cutler in 1923 for the first time. The Hufnagel cage and ball valve was the first artificial valve introduced in 1952 [7]. It was placed in the descending thoracic aorta to prohibit blood flow reversal in aortic regurgitation. In 1967 a similarly structured valve, the Edwards cage and ball valve, had been implanted 1000 times for mitral valve disease. Surgical techniques improved from early, single valve procedures to 4-valve replacement in 1992. Special techniques were introduced, for example, the Ross procedure replacing the aortic valve with pulmonic valve autograft. To treat proximal aortic dissection or aneurysm, Bentall implanted an artificial aortic valve combined with ascending aortic vessel prosthesis.

This is a retrospective cross-sectional observational study conducted at Cardiac Vascular Sentral Kuala Lumpur (CVSKL). The data of patients who underwent open-heart surgery from November 2017 until December 2018 were prospectively recorded in the NCTSD [10]. Below is the list of surgeries that were included:

4. Surgery on the thoracic aorta