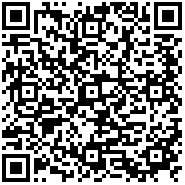 Objective: Carotid endarterectomy (CEA) is one of the surgical treatments for carotid artery stenosis. While a large clinical trial showed that advanced age is a risk factor for CEA, other studies reported contradictory results. The aim of this study was to evaluate the outcomes of CEA in patients aged over 80.

Methods: Patients who underwent CEA between January 2012 and June 2015 in our hospital were included, and were divided into either the high age group (>80 years old) or standard group (<80 years old). CEA was the firstline surgical treatment, instead of carotid artery stenting (CAS), for all eligible cases, except where patients were not deemed amenable to general anesthesia or at patients’ request not to undergo CEA. Patient background and perioperative complications were assessed and compared statistically between the high age group and standard group.

Conclusions: It is possible for CEA to be performed safely in the elderly, provided adequate preoperative assessment of the general condition and perioperative management of patients are carried out. We recommend that CEA should not be avoided as a treatment option in the elderly, based solely on patient age.

Carotid endarterectomy (CEA) is a well-established surgical treatment for carotid artery stenosis, with well-documented results of its efficacy [1,2]. CEA is indicated for the treatment of symptomatic carotid artery disease with >50% stenosis and asymptomatic carotid artery disease with >60% stenosis [1]. However, CEA might not be suitable for those patients with carotid artery stenosis who are at high surgical risk due to the presence of risk factors, including age over 80 years (Table 1), as demonstrated in the Stenting and Angioplasty with Protection in Patients at High Risk for Endarterectomy (SAPPHIRE) trial [3,4].

In recent years, carotid artery stenting (CAS) has been recommended and used increasingly, compared to CEA, for carotid revascularization in patients at high surgical risk [3,5]. However, the superiority of either CEA or CAS in terms of safety and efficacy for high-risk patients remains debatable. In particular, there are many reports on the use of CEA in the elderly population [6-9]. Indeed, CEA is still used for elderly patients, with some reports indicating CEA as a better treatment option for this patient group [10-12]. However, it remains that elderly patients represent a high-risk group with well-documented perioperative complications [13].

In this study, we described our “CEA first concept”, whereby CEA is the first choice, rather than CAS, in the surgical treatment of carotid artery stenosis in patients aged over 80 years.

Patients who underwent CEA in our hospital between January 2012 and June 2015 were included in this study. Indications for surgical treatment was >50% stenosis of the carotid artery in symptomatic cases, and >60% stenosis in asymptomatic cases, according to the American Heart Association guidelines [1]. In addition, in symptomatic cases with mild artery stenosis, magnetic resonance (MR) imaging or ultrasonography were used to detect unstable plaques or ulceration, as part of our planning for surgical treatment. CEA was the first-line surgical treatment, instead of CAS, for all eligible cases, except where patients were not deemed amenable to general anesthesia or at patients’ request not to undergo CEA.

Patients were divided into two groups, according to age: >80 years at surgical treatment as the high age group, and <80 years as the standard group.

A transverse skin incision was made in all cases. General anesthesia was performed using propofol and remifentanil and sensory evoked potential (SEP) and electroencephalography (EEG) were used for brain monitoring. If >50% decrease in amplitude or >50% increase in latency prolongation were obtained on SEP after clamping of the internal carotid artery, additional propofol was administered, until burst suppression was observed on EEG.

To assess the character of carotid plaques, the degree of stenosis and the presence of ulceration, we used the black-blood method of MR imaging and traditional angiography. Plaque ulceration was defined as extension of contrast media beyond the vascular lumen into the surrounding plaque. The degree of stenosis in the internal carotid artery was determined, according to the North American Symptomatic Carotid Endarterectomy Trial criteria [2].

For univariate analysis, the chi-square test was used to test independence from gender, presence of symptoms and plaque ulceration, history of hypertension, dyslipidemia and diabetes, history of cerebral infarction and coronary disease, smoking and alcohol consumption. A t-test was used to analyze the degree of stenosis. For all analyses, we used PASW Statistics Software (version 18.0.0, SPSS Japan Inc., Tokyo, Japan). A P-value <0.05 was considered statistically significant.

Of a total of 127 patients, 20 (15.7%) cases were in the high age group and 107 (84.3%) cases in the standard group (Table 2). There was no statistically significant difference at baseline between the two groups. During this study, 27 patients, including two aged >80 years, underwent CAS mainly for anesthesiologic problems or following patient’s request. There was no significant difference in the rate of CEA and CAS performed in the high age group, compared with the standard group.

CEA is a well-established surgical treatment for the reduction of the risk of stroke in patients with and without symptoms of carotid artery stenosis [1,2]. With a growing aging population worldwide, CEA is being increasingly performed in elderly patients. Many studies on the safety of CEA in the elderly have been conducted and systemic reviews of these studies have also been reported. However, the conclusions of these studies and reviews vary. Several studies reported that age is a risk factor for surgery, while others indicated the contrary [6-9]. Because age greater than 80 years is considered as one of the risk factors identified by the SAPPHIRE trial (Table 1), the view of old age as a risk factor appears to have been widely adopted. However, many of the studies that indicated age as a risk factor did not detect a strong, but only a “slight”, correlation with risk [6-8]. Although age can be a risk factor for CEA at present, it does not appear to be a factor precluding the use of CEA for carotid artery stenosis in the elderly.

While CEA is a well-established surgical procedure, the increasing use of CAS has been remarkable in recent years. CAS offers certain advantages, including its requirement for only local anesthesia, which is particularly important for elderly patients for whom general anesthesia is not generally recommended. However, as shown in Table 4, CAS is contraindicated and hazardous in a selection of patients [5]. This is the case particularly in the elderly population where the incidence of severe aortic arch or ipsilateral common carotid artery atherosclerosis, as well as severe proximal common carotid artery tortuosity, is high. Furthermore, the proportion of patients ineligible for CAS may be higher in the elderly than in younger people. Thus, there have been numerous reports recommending CEA over CAS in the elderly, especially those aged 70 years or over [10-12]. Therefore, although the proportion of patients with a carotid stenotic lesion treated by CAS is expected to continue to increase in the future, it appears that there will also be a continuous need for CEA, especially for the elderly.

However, surgical treatment for the elderly is associated with perioperative risks specific to this age group. Reed et al. reported that, although age alone is not a perioperative risk factor for CEA, the perioperative risk increases in patients with several risk factors, including age [8]. In particular, the occurrence or exacerbation of coronary disease during the perioperative period is an important issue and can sometimes be critical [13]. In our hospitals, patients, regardless of age, are assessed by cardiovascular specialists, before CEA is performed, and receive pretreatment according to their needs. In this study, we followed this preoperative procedure of assessment and pretreatment, and observed no incidence of coronary disease perioperatively.

In general, patients eligible for CEA often develop multiple perioperative organ complications. However, the severity of these complications can be even greater in the elderly [17]. For such patients, adequate preoperative assessment of the general condition and subsequent perioperative management based on the assessment findings are crucial. If these procedures are not followed, the superiority and necessity of CEA in the elderly, as favorably described in many reports [10-12], cannot be guaranteed. Furthermore, even the evidence on the superiority of CEA in the elderly can be disputed. Therefore, in the future, carefully planned studies are essential to investigate the outcomes of CEA in elderly patients, with a view to providing solid and convincing evidence of the superiority of CEA in this patient population.

This study had a retrospective study design with a relatively small sample size. A larger sample size would allow a more valid analysis of the perioperative safety of CEA. Because of the retrospective study design, there could be data bias, as perioperative management was based on the discretion of attending physicians, to some extent. Moreover, the baseline of the patients had no significant difference between two groups. In general, high aged patients seem to have other coexisted diseases like hypertension, dyslipidemia and diabetes. This might be another bias. We believe that cumulative results obtained from such small-scale studies are important for building stronger evidence.

In this study, we described the outcomes of CEA performed in elderly patients aged 80 years or older. While CEA is expected to continue being used and needed for the elderly in the future, we believe that, with thorough and careful perioperative management, CEA can be performed safely in elderly patients, as it is in younger patients.

Tables at a glance