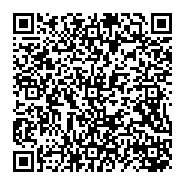 Clinical markers may be derived from our improving understanding of the molecular processes underpinning the epithelial-to-mesenchymal transition (EMT). Despite the fact that EMT drivers have not yet become viable candidate markers in the clinical context, they may become more sensitive and specific if they are associated with other recognised clinical markers. Mass spectrometrybased platforms enable the analysis of numerous samples for the expression of EMT candidate indicators, which may aid in the accurate diagnosis of disorders or the efficient monitoring of treatment. This review emphasises proteomic methods used to clarify the distinctions between mesenchymal and epithelial cancers and explains how they might be utilised to target discovery and validation. The existence of metastatic cells in distant organs is a serious worry in the treatment of tumour patients. Human malignancies frequently exhibit activation of the epithelial-tomesenchymal transition (EMT) pathway, which is closely correlated with tumour development and resistance to traditional chemotherapeutic medicines and targeted therapies. This model suggests morphological alterations in the apicalbasal organisation of epithelial cells and their acquisition of a fibroblast-like form. It also suggests basic changes at various genetic and epigenetic levels that can start and maintain the process

EMT is a dynamic process that doesn't take place uniformly throughout the entire tumour. This is corroborated by the finding that mesenchymal cells mostly reside at the invasive front at the tumor-stroma interface within the tumour mass. In a tumour, mesenchymal and epithelial cells coexist and work together, either directly between cells or through the action of diffusible agents [1]. This allows epithelial cells to undergo EMT and improve their capacity to locally invade neighbouring tissues and intrastate into blood vessels, which starts the process of spreading to distant organs. Circulating tumour cells (CTCs) continue to display mesenchymal markers after becoming dispersed throughout the body and a molecular profiling of these cells can be used to forecast the course of the disease. Even though epithelial antibodies [2]. In addition to the commonly utilised cell adhesion molecule and cytokeratins (CK-8, CK-18, and CK-19), more contemporary and sensitive techniques that incorporate a cocktail of antibodies against mesenchymal markers have also been established [3]. This method showed clinical validity by being able to predict breast cancer patients with a worse prognosis more accurately than epithelial antigen analysis. This was further supported by other research that found a higher prevalence of mesenchymal CTCs in patients with various tumour types who had reached the metastatic stage of the disease. As a result, several devices were created and functionalized with mesenchymal indicators along with cancer-associated antigens like HER2 and the epithelial growth factor receptor in addition to epithelial markers (EGFR). Moreover, collectively It is necessary to find new specific CTCs markers together with the detection of widely used EMT molecules [4].

Protein-based technologies that rely on particular markers that aren't down-regulated during EMT and aren't present in blood cells have also been described and verified to overcome this problem. Whether epithelial or mesenchymal detection techniques are capable of capturing the whole spectrum of CTCs is currently one of the important questions. In light of the variability of CTCs, it should be underlined that the detection of CTCs based on the expression of a particular set of markers should necessitate an assumption about the nature of these cells. Current efforts to simultaneously characterise CTCs with epithelial and mesenchymal features may be the key to improving CTCs capture efficiency as well as increasing prognostic and predictive information because the EMT features of CTCs can evolve in a spectrum of different phenotypic phases during disease progression or treatment. Mesenchymal-to-epithelial transition (MET), also known as reversion to an epithelial morphology, has been posited and suggested to be necessary for disseminated tumour cells to return to a proliferative state and give birth to macrometastatic nodules at the metastatic location [5]. The underlying mechanics of this process are still not fully known. Brabletz, however, put up an explanation for this procedure that centres on the differentiated vs. undifferentiated condition of initial malignancies. An essential factor in determining metastases with differentiated cell characteristics is the dynamic EMT-MET interconversion. According to this hypothesis, cancer cells in primary tumours develop EMT to boost their ability to metastasize [6], keep this status active, and go through a MET at secondary metastatic sites to encourage metastatic colonisation. Undifferentiated metastases defy the EMT-MET concept are in a persistent EMT stage and just a mild redifferentiation is required to promote their proliferation because they are derived from primary tumours with intrinsic genetic abnormalities [7].

It's critical to discuss EMT's participation in the early stages of cancer initiation while analysing its significance in cancer progression. Although EMT is typically associated with the later stages of carcinoma progression, there are reports of evidence suggesting EMT can begin earlier and be seen in precancerous lesions. EMT was discovered in premalignant lesions in a mouse model of pancreatic cancer, and mice's blood included mesenchymal cells before they manifested a recognizable malignancy. Breast, lung, ovarian, prostate and liver cancers are only a few of the cancer types for which the EMT process has been identified. Reduced expression of proteins involved in cell-cell adhesion, increased expression of proteins involved in cytoskeleton remodeling, and enhanced motility are some of the ways by which an epithelial cell might develop a mesenchymal phenotype [8]. The finding of a group of EMT markers that can be clinically helpful to describe the process has substantial implications for such processes. EMT driving factors may be engaged in transcriptional control, epithelial integrity maintenance, or metabolism depending from their unique roles.

Transcriptional, post-transcriptional, translational, and posttranslational events are all controlled in concert to cause EMT. EMT is controlled at the transcriptional level by a number of transcription factors, such as zinc-finger proteins and fundamental helix-loop-helix proteins. It has been demonstrated that overexpression of these factors is sufficient to act as a trigger of the EMT programme, boosting tumour cell motility and invasiveness. In addition to this transcriptional program's contribution, it has been discovered that tiny non-coding RNAs, also known as micro, are crucial for the regulation of EMT. In different cell settings, miRNAs can either enhance or repress the EMT programme. The EMT factors Zeb1 and Zeb2 are targeted by the MiR-200 family, which prevents E-cadherin down-regulation. But family relatives from this family are also necessary. Different EMT-controlling signalling networks can act along with miRNAs [9]. Tumor growth factor-b (TGF-b) signalling is influenced by miR-181a in ovarian cancer, which boosts tumour development, treatment resistance, and cell survival. By focusing on a number of Wnt/b-catenin signalling cascade inhibitors, miR-374a boosted EMT and metastasis in breast cancer both in vitro and in vivo. When combined, miRNAs may control EMT by closely coordinating with transcriptional factors or enhancing the EMT signalling network. Through direct cell contact or by secreting signalling molecules including TGF-b, epidermal growth factor (EGF), platelet-derived growth factor, and hormones, the tumour microenvironment, which includes immune cells, tumour stroma, and extracellular matrix, might contribute to the control of EMT. By releasing CXCL12 or by activating particular collagen receptors that control the stability of EMT transcription factors, respectively, cancer associated fibroblasts might facilitate EMT.

The finding that circulating tumour cells can go through EMT in response to a physical interaction with platelets further supports the critical function that the microenvironment plays during EMT. Through the cooperative activation of TGF-b and nuclear factorkB (NF-kB) pathways, platelet-derived TGF-b initiates EMT. The TGF-b pathway encourages EMT and also makes cancer more migratory and aggressive. Activation of TGF-b signalling stimulates the production of genes that increase single cell motility, which results in the latter events, which are momentarily active only in a small population of cells across the tumour. A holistic view of TGF-b action was offered by proteomic studies [10]. The process is controlled by the up-regulation of proteins involved in cell cycle inhibition, nucleic acid metabolism, transcription, and control of DNA replication and repair and the down-regulation of proteins involved in ECM-receptor interaction, focal adhesion, and actin cytoskeleton proteins. These alterations are significantly influenced by the transcriptional regulators SMAD2, SMAD3, SNAIL2, SMAD7, and c. –MYC.

According to a meta-analysis of 24 studies and 2961 patients, esophageal cancer E cadherin expression is substantially correlated with a lower degree of differentiation. Additionally, aberrant E-cadherin expression became a potent independent predictive indicator for patients with gastric cancer's overall survival. Different molecular pathways, such as promoter hypermethylation and transcriptional control, might result in the stable loss of E-cadherin. By binding to E-box regions in the E-cadherin promoter, the transcriptional repressors of E-cadherin production Snail, Slug, and Twist participate in the activation of EMT. Through the suppression of E-cadherin, the up regulation of mesenchymal markers, and the acquisition of stem cell characteristics, these substances can control EMT in vitro. When these transcription factors are knocked down, E-cadherin expression is restored and an epithelial phenotype is induced.

Although it is believed that these EMT regulators perform redundant tasks, various investigations have revealed distinct roles that point to a differential participation in the EMT process with precise spatial and temporal regulation. Twist levels and the Twist/Snail ratio in bone marrow macrometastatic tumour cells were found to be strongly predictive for distant relapses in breast cancer patients. Snail levels in the main tumour predicted for metastasis. Snail expression linked with b-catenin nuclear and cytoplasmic levels in a cohort of patients with invasive ductal carcinoma, whereas Slug expression connected with N-cadherin and vimentin protein expression. Oncogenic signalling pathways regulate the expression of EMT factors in melanoma cells. Snail2 and Zeb2 act as onco-suppressive proteins in the melanocytic differentiation programme during melanomagenesis.