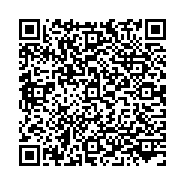 Background: Parkinson’s disease (PD) is a common movement disorder with a wide range of non-motor symptoms. Depression is one of these symptoms; however, its pathomechanism and management remains to be elucidated. We evaluated of istradefylline (ISD), a first selective adenosine A2A receptor antagonist, for the treatment of depression in PD.

Conclusion: ISD could have efficacy to depression in some PD patients.

A selective adenosine A2A receptor antagonist, istradefylline (ISD), is the one of novel drugs for Parkinson’s disease (PD). The clinical efficacy of ISD for motor fluctuations in advanced PD patients was proved [1-5]; however, its efficacy for nonmotor features in PD has not been elucidated well. We conducted an open-labeled, prospective clinical study to evaluate efficacy of ISD for depression in PD patients.

We enrolled 15 patients (Men 8, Women 7; aged 60 - 79 years; Table 1) with idiopathic PD with motor fluctuations. All the patients fully filled UK PD society brain bank clinical diagnostic criteria [6]. We enrolled patients who had been stable (no drug adjustments needed) on anti-parkinsonian drugs for 4 weeks prior to study. We added ISD 20 mg/day for 4 weeks followed with 40 mg/day for next 4 weeks on the previous anti-parkinsonian drugs. We evaluated Patient Health Questionnaire (PHQ-9) [7] and Unified PD Rating Scale (UPDRS) part III scores (on state) [8] at baseline and 8 weeks follow-up. PHQ-9 scores of 5, 10, 15, and 20 represented mild, moderate, moderately severe, and severe depression, respectively. The results were presented as mean values ± standard deviation (SD). Wilcoxon t-test and Mann-Whitney Utest were used to compare the clinical values. A p-value < 0.05 was considered as statistically significant. We excluded patients with dementia or major depression.

This study was approved by the Review Board of Tokushukai Medical Alliance and all the patients provided written informed consent in accordance with the Declaration of Helsinki before enrollment.

Table 2: Characteristics of responder and non-responder at baseline.

PD is a progressive neurodegenerative disorder manifested by a broad spectrum of motor and non-motor features. Nonmotor symptoms include autonomic dysfunction, cognitive/ neurobehavioral disorders, sensory abnormalities, and sleep disorders [10]. Depression is one of the frequent non-motor symptoms in PD and could suffer under the influence of quality of life; however, the pathomechanism and management are discussed.

ISD is the first therapeutic agent targeting adenosine A2A receptors in the central nervous system, which was approved as the anti-parkinsonian agent in 2013. The efficacy on the reduction of daily off-time was shown in several randomized controlled, double blinded, multicenter trials [1-5]. In addition, the normalization of the striatal A2A receptor-upregulations and the effect to A2A receptors in nucleus accumbens were suggested to have relations with antidepressant-like effects of A2A receptor antagonist in rodent models [11-13].

ISD was reported to show prominent effects in some PD patients and younger or female patients without excessive daytime sleepiness were suggested as better candidates [14]. In this study, ISD was effective for subclinical, less than moderately severe depression in some PD patients. Moreover, the clinical efficacy of ISD for depression in PD seemed not to be influenced by the improvement of motor function.

This study included three limitations. The size of study was so small that it might have powered insufficiently to detect a statistical significance and lead to be falsely negative. And we could not rule out the placebo effects because this study was an open-labeled. Furthermore, we used only PHQ-9 to evaluate depression in this study. PHQ-9 is a useful screening scale depression; however, it has limitations in identifying depression [15]. In future, we need randomized-controlled study with more patients and longer follow-up periods, and with more than one scale for depression to elucidate the effect of ISD for depression in PD.

ISD could improve depression in some PD patients.

No funding received for this work.