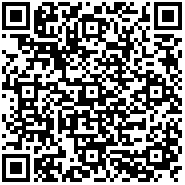 Simpson–Golabi–Behmel (SGB) syndrome is a rare X-linked condition characterized by pre and post natal overgrowth, facial malformations, visceral, skeletal anomalies and an increased risk of neonatal death and childhood neoplasia. The syndrome is caused by alterations in GPC3 gene with loss of functional GPC3 lead to hyperactivation of hedgehog signalling resulting in clinical features of fetal overgrowth. Prenatal screening and new technologies in molecular testing, such as chromosomal microarray analysis and nextgeneration sequencing, continually demonstrate advantages for definitive diagnosis in fetal life. However, SGB syndrome is rarely diagnosed in the prenatal setting. Here we reported a case of 12-year-old boy with a mild form type I SGB syndrome diagnosed postnatally in our centre.

Simpson–Golabi–Behmel Syndrome (SGB) is a rare X-linked recessive condition characterized by fetal overgrowth with broad spectrum of its clinical manifestations, varying from very mild forms associated with long-term survival to an early lethal form with multiple congenital anomalies and severe mental retardation. It was first described by Simpson, et al. in. Subsequently Golabi and Rosen as well as Behmel, et al. had reported separate occasion on two families with similar clinical condition in 1984 before it was coined as SGB syndrome by Neri, et al. in year 1988. However, the prevalence of SGB syndrome still remains unknown due to its early neonatal death and uncertain clinical diagnosis at presentation [1].

Approximately 250 cases were published by Tenorio, et al. mostly in postnatal series describing the typical congenital anomalies including coarse facies, macroglossia and macrostomia, cardiac malformations, skeletal anomalies, organomegaly and high birth weight. SGB syndrome can be divided into type I which is the milder form, is caused by a mutation in the gene for glypican-3 (GPC3) which maps to Xq26 whereas type 2 is caused by a gene mutation on Xp22. Recently, Capurro, et al. hypothesized that GPC3 acts as an inhibitor of Hedgehog (Hh) signaling in the embryo. Loss of functional GPC3 lead to hyperactivation of hedgehog signalling resulting in fetal overgrowth found in the SGBS patients [2]. Interestingly, there are four cases of SGB syndrome involving females so far reported in the literature represented extremely rare exceptions to the X-linked recessive disorders model. An X-autosome translocation, where the normal X is inactivated due to some unknown reason. Here we presented a 12-year-old teenage boy with various clinical manifestations of type I SGB syndrome which diagnosis was made postnatal [3-6].

The patient is the eldest son of two healthy non-consanguineous parents. Gestation was uneventful until the 8th month, the ultrasound showed polyhydramnios. However, no further investigation was performed antenatally since that. He was born at term via vacuum assisted delivery due to maternal poor effort. His birth weight was 3.40 kg with features of dysmorphism including coarse faces with wide mouth and protruding tongue, low set ears, flat nasal bridge, micrognathia, broad fingers and toes and bilateral undescended testis. Molecular karyotyping revealed normal male genotype. Neonatal hypoglycemia was found and corrected. These symptoms lead to suspect hypothyroidism for which tests were normal. Subsequent ultrasound abdomen showed no abnormalities of hepatobiliary system, but noted left renal pelvicalyceal dilatation. However, further assessment by maturating cystourethrogram revealed no vesicoureteric refluxes seen.

From birth the patient was followed up by a pediatrician for the association of dimorphic features and bilateral undescended testis at the regular intervals. Initially he was diagnosed as William syndrome but cytogenetic testing did not show visible deletion on ELN region on chromosome 7. Several explorations were performed: echocardiography did not reveal any congenital heart defect, skeletal survey did not show any musculoskeletal abnormalities such as vertebral fusion, scoliosis or congenital hip dislocation. A mucopolysaccharide storage disorder was excluded by appropriate tests in view of this metabolic disorder has similar clinical feature of coarse facial appearance present on him.

The clinical features of SGB syndrome became prominent as the patient grew up. He has those craniofacial manifestations with coarse facial appearance including hypertelorism with low set ears, flat and broad nose, macroglossia with presence of central groove of the tongue, macrostomia with dental malocclusion and flat occiput. Further clinical examination revealed he has musculoskeletal manifestations of SGB syndrome with presence of webbed neck, pectus excavatum with supernumerary nipples. Hands and feet are relatively short and broad, together with metatarsus virus or club foot deformities and flat feet. Otherwise, there are no evidence of polydactyly polydactyly or syndactyly. These specific features increased index of suspicious of SGB syndrome. Subsequent genetic study of GPC 3 gene was carried out at the age of three which confirmed the diagnosis of SGB syndrome. The mother is a carrier of SGB syndrome in the family. Since SGB syndrome is X-linked recessive disease, further exploration on family history on maternal side revealed there are two male siblings of patient’s mother have early neonatal death in 1970’s. However, the cause of death was not documented at that time.

Serial ultrasound of kidney was done to monitor the dilated left kidney during follow-up showed no progression of disease. The right testis eventually descended spontaneously. However, the left testis required an orchidopexy which was done at the age of three. He required a tenotomy to his bilateral tight archilles tendon to correct an ankle equinovarus deformity at the age of ten for him to be able to walk with feet in plant grade position and active in sport in school. He has normal intelligent (Fig. 1).

Fig. 1. The patient at 12 years old. a) Presence of “coarse” face; b) Presence of midline groove of the tongue.

SGB syndrome is a well-established entity within the larger family of overgrowth syndromes due to the specificity of the clinical presentation. Those nearly constant clinical features include microsomal, macrocephaly with “coarse” faces, supernumerary nipples, pectus excavatum and muscular hypotonia. Besides that, it also has common wide spectrum clinical manifestations such as macrostomia, macroglossia with dental malocclusion, congenital heart defect, organomegaly, cryptorchidism, umbilical or inguinal hernia, rib or vertebral abnormalities as well as hands and feet deformities. Cardiac abnormalities are common in SGB syndrome, occurring in almost one half of cases with cardiovascular malformations evident in one third of cases. Early perinatal and infant mortality is very likely from cardiac abnormalities. Our patient does not have congenital heart defect since birth, which explains the long term survival in this spectrum of syndrome.

It has been proposed that polyhydramnios with prenatal overgrowth and elevated maternal plasma alpha-fetoprotein may be prenatal markers of SGB syndrome. Fetal microsomal and polyhydramnios was detected in 86% and 70% of cases respectively. Cottereau, et al. reported a high proportion of one third preterm deliveries in SGB syndrome babies were likely due to an excessive amniotic fluid. These can be a screening tool for those with related presentation antenatally. However, these investigation findings are non-specific, need further evaluation sampling from amniocentesis with targeted sequencing for the GPC3 variant (Fig. 2).

Ultrasound scan is an effective tool to detect prenatal fetal congenital anomalies. Affected fetus may present with distinctive features of SGB syndrome on ultrasound. Enlarged nuchal translucency in ultrasound scan is a well-known marker of chromosomal anomalies present in cases of chromosomal pathologies, cardiac anomalies and certain genetic syndromes including Noonan syndrome and SGB syndrome. However, it is difficult to determine the estimated incidence of increased nuchal translucency as a marker of SGB syndrome because no data on the first trimester scan are available in most of the cases. Therefore, careful ultrasound examination followed by chromosomal microarray analysis and Whole-Exome Sequencing (WES) are effective tools for prenatal diagnosis of SGB syndrome. We postulated the cause of death of the mother’s siblings is likely due to severe form of SGB syndrome that carry in the family. Terespolsky, et al. reported a family of four maternally related male cousins with a severe variant of SGB overgrowth syndrome died within the first 8 weeks of life of multiple complications (Fig. 3).

The main overlap in clinical presentation for SGB syndrome would be with Beckwith-Wiedemann Syndrome (BWS), in which both of them share the major diagnostic features. However, several clues can guide the correct diagnosis. SGB syndrome patients appear more dimorphic with musculoskeletal abnormalities and nipple abnormalities. They generally do not have abdominal wall defects such as omphalocele as opposed to BWS. Another clue is that the degree of dysmorphism increases with age in SGB syndrome, while the opposite is true for BWS patients. Since SGB is X-linked, the majority of affected individuals are males, with females presenting with milder symptoms. BWS is unlikely to present skeletal and cardiac anomalies except cardiomegaly as opposed to SGB syndrome. Midline capillary hemangiomas, body asymmetries with hemi hypertrophy, and tendency to decelerated growth can be considered as findings more typical of WBS. Therefore, in suspicious cases of fetal overgrowth with congenital anomalies, genomic investigations should include BWS testing despite GPC3 gene sequencing.

There is an increased risk of neoplasia in SGBS especially in young patients. A Wilms tumor of the kidney was reported in few cases of SGB syndrome patients. All of these cases were diagnosed before age two years old. Since our patient has a left pelvicalyceal dilatation of the kidney, he is on regular ultrasound surveillance yearly with so far no progression of dilatation or abnormal growth. Although by now his risk of neoplasia is probably approaching that of the general population, however there is lack of long term data to support it. Therefore, we recommended every SGB overgrowth syndrome patient should be considered at increased risk, and consequently follow-up for the development of Wilms or other known infantile tumours for at least the first five years of life. On the other hand, Gurrieri, et al. reported a case whereby the SGB syndrome patient’s mother had ovarian cancer at 22 years and a maternal great-aunt had breast cancer at 46 years. It shows the tumour may be related to the carrier status. Therefore, every SGBS family be checked for the presence of tumours in the affected males as well as the carrier females. However, long term evidence is still need to establish the risk of neoplasia in adulthood in SGB syndrome patients as well as carriers.

SGB syndrome is a rare X-linked recessive condition with well specificity of the clinical presentation but often diagnosed postnatally. The role of detailed ultrasound examination is crucial in cases of highly suspected genetic syndromes in prenatal life. Modern sequencing technologies often facilitate the diagnosis of the SGB syndrome, help to differentiate other overgrowth syndromes. A better understanding of the pathophysiology of excessive growth during development, together with some aspects of neoplastic growth in the hope of more SGB syndrome cases can be better managed.