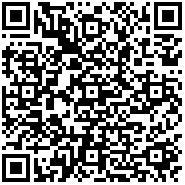 Clinical Study on the Incidence of Pain in Parkinson's Disease

This study focuses on the diagnosis and management of pain in Parkinson’s disease. Separating Parkinson’s disease related pain from pain of other origin is very difficult. They all come under one umbrella among the different forms of Parkinson’s disease related pain, musculoskeletal pain is the most common form accounting for 40% in PD. Pain occurs in about 60% of Parkinson’s disease patients, two to three times more frequent in this population than in age matched healthy individuals. It is an early and potentially disabling symptom that can precede motor symptoms by several years. The lower back and lower extremities are the most commonly affected areas. The most used classification for pain in PD defines musculoskeletal, dystonic, central, or neuropathic/radicular forms.

Its different clinical characteristics, variable relationship with motor symptoms and inconsistent response to dopaminergic drugs suggest that the mechanism underlying pain in Parkinson’s disease is complex and multifaceted, involving the peripheral nervous system, generation and amplification of pain by motor symptoms and neuro-degeneration of areas related to pain.

The basal ganglion processes somatosensory information differently. Increased subjective pain sensitivity with lower electrical and heat pain threshold has been reported in Parkinson’s disease patients. The mechanism is assumed to be diminished activity of the descending inhibitory system of the basal ganglia. Promising perspectives for this have come from studies using different pain scales in Parkinson’s disease.

Motor symptoms in PD are mainly the result of degeneration of dopaminergic neurons in the substantia nigra pars compacta, affecting the nigrostriatal pathway and reducing stimulation of the motor cortex by the basal nuclei and thalamus Pathological hallmark of the disease is the presence of Lewy bodies [6], which are spherical, eosinophilic, cytoplasmic inclusions in the degenerated neurons, containing mainly α-synuclein and ubiquitin. However, the changes are not restricted to this brain area and can be found in other nuclei of the brainstem and cortex and even peripheral neurons, such as those in the myenteric plexus. Analysis of the distribution of these pathological markers in PD was described by Krüger R, et al. [7] allowed the understanding of both motor and NMS of the disease through a logical six-stage ascending progression in a caudorostral direction. According to this hypothesis, the degenerative process starts in the caudal regions of the brainstem, such as the dorsal motor nuclei of the glossopharyngeal and vagus nerves and the anterior olfactory nucleus, passing through the locus coeruleus and Meynert’s basal nucleus, the dorsal raphe nuclei, amygdalae, and hypothalamus and progressing through practically the whole cerebral cortex. Motor symptoms are apparent in stage 3, after the mesencephalon has been affected. Prior to this stage, degeneration of the dorsal motor nucleus of the vagus (stage 1) can help to explain certain autonomic complaints such as obstipation and hypotension, while serotoninergic and noradrenergic dysfunction of the raphe nuclei and locus coeruleus, respectively (stage 2), can explain part of the pain related symptoms that occur in early PD. The exact mechanism by which cell degeneration [8] occurs has yet to be elucidated but is thought to involve a cascade of events including interaction between genetic and environmental factors, impaired protein processing, oxidative stress, mitochondrial dysfunction, excitotoxicity, abnormal immune regulation, and inflammatory responses.

Of the four main dopaminergic pathways [9], two produce most of the dopamine in the brain: the nigrostriatal pathway, which is directly involved in PD, and the mesolimbic pathway, which is related to the reward system and central modulation of pain. The latter connects the ventral tegmental area of the mesencephalon to subcortical structures, such as the nucleus acumens, thalamus, and the amygdala. A third pathway, the mesocortical pathway, is related to the affective and motivational dimensions of pain perception and allows the ventral tegmental area to communicate with the prefrontal cortex and the anterior cingulate cortex. Lesions of the ventral tegmental area can increase sensitivity to pain, while electrical stimulation of the same area can have an analgesic effect. A study using positron emission tomography found increased activation in the insula, prefrontal cortex, and anterior cingulate cortex during the “off” period. All of these are areas of the limbic system associated with the affectivemotivational dimension of pain. Because the dopaminergic pathways and pain processing network overlap, hypo-function of the striatal dopaminergic system could result in amplification of sensory stimuli, leading to spontaneous pain sensation when dopamine levels are low.

Although the involvement of dopamine in central modulation of pain is well established, its role in the transmission of nociceptive stimuli from the periphery to the brain remains debatable. Various studies have investigated the relationship between the threshold for pain triggered by thermal or electrical stimuli and treatment with levodopa or DBS. Generally, the pain threshold is lower when levodopa levels are lower and tends to return to normal after administration of levodopa or after DBS even without an associated motor improvement. In other words, pain in these patients cannot be explained merely as a consequence of motor symptoms, such as rigidity, tremor, and dystonia.

It is a questionnaire with fourteen questions covering seven domains: (1) musculoskeletal pain; (2) chronic pain; (3) fluctuation-related pain; (4) nocturnal pain; (5) orofacial pain; (6) discoloration and edema/swelling; and (7) radicular pain. For each question, scores from 0 to 3 and 0 to 4 are assigned for the intensity and frequency of the symptom, respectively. The scores for severity and frequency are multiplied and the result is added to the result of the other items to obtain a score for each domain and, in the same way, the total score for the seven domains. The validation study found a strong correlation between this scales’ scores and the Parkinson’s disease-severity and quality of life scales scores.

The score in each domain should be used to determine the type of pain the patient is presenting with, while the total score provides insight of the impact pain has on the individual’s life. This is a new approach to pain in PD; although it may be too long to complete in routine clinical care, it will allow further in-depth testing in clinical trials for treatments of this specific aspect of PD.

The relation between levodopa treatment and pain in Parkinson’s disease

Levodopa [10] is the most widely used and effective medication in the treatment of motor signs of PD. However, when used over a number of years, virtually all typical patients will present with complications related to pharmacokinetic and pharmacodynamic characteristics. The best-known of these include motor fluctuations such as WO, in which the therapeutic effects of levodopa do not last as long as they previously did, and dyskinesias. Although only recently recognized, non-motor fluctuations occur in a similar fashion in nearly all patients and can be main determinants of disability and worse quality of life. NMS can be divided into three categories: neuropsychiatric, autonomic, and sensory. While most of these manifest during “off” periods and WO, some, such as agitation, psychosis, diaphoresis, and pain, can manifest when levodopa levels are at a peak. In this situation, pain appears to be more related to involuntary movements (dyskinesias or dystonia) than to dopamine levels per se. Fluctuation of sensory symptoms can be due to failure of primary somatosensory mechanisms.

Pain can be one of the main complaints reported during WO and occurs in around 50% of patients. Chronic pain (i.e., pain lasting more than three months) is reported by more than 70% of patients with WO, suggesting that WO is a risk factor for development of chronic pain (unpublished personal data). Abdominal pain that does not respond to the use of analgesics and can only be alleviated with a new dose of levodopa can be considered a sign of WO. Pain that occurs only during WO can be considered of central origin, while if it is exacerbated during this period, it can be central, musculoskeletal, dystonic, or neuropathic/radicular.

The clinical characteristics of pain during WO and “off” periods are not well established. To our knowledge, only two studies in the literature analyzed pain during “off” periods and were only partial analyses. A recent study (unpublished personal data) using the McGill Pain Questionnaire Mehdizadeh M, et al. [11] found that patients with pain during WO had a higher score for the affective -motivational dimension. In the DoPaMiP study, the group with pain related to PD also had a higher score in this dimension than the pain unrelated to PD group. This finding may be related to the hypothesis of dopaminergic dysfunction in the mesocorticolimbic pathway, which is associated with the affective/motivational dimension of pain. In other words, degeneration of dopaminergic neurons in the ventral tegmental area may reduce pain thresholds and simultaneously activate structures in the limbic system associated with the unpleasant perception of pain.

We identified 100 individual patients suffering from PD and presenting in our outpatient and inpatient clinic for seeking medical advice or treatment.

Out of these 100 patients, 41 individuals in total were identified with an early-onset of a manifest disease with musculoskeletal pain Dystonic 8%, central-4%, neuropathic-6%, radicular forms 4%, and pain related to rigidity 5%, depression-16%, medical comorbidities 14%, and motor fluctuations 2% (Figure 1). Central pain is an insistent pain not restricted to nerve or radicular territories that manifest as neuropathic sensory events such as paraesthesia or shooting pain. The patient usually describes it as a bizarre and unexplained painful sensation predominately in the more affected side and in the “OFF” state. Central pain can occur in different areas of the body including: the mouth, rectum, vagina, abdomen, chest and testes. The prevalence of central pain in patients with PD is 10%–12%. Central pain can be mainly modified by dopaminergic medication as it seems to be related to an abnormal function of the medial spinoreticulothalamic pathways. In cases refractory to standard treatment, conventional analgesics, opiates, tricyclic may be also helpful.

The term akathitic discomfort (akathisia) is used to describe subjective restlessness or the painful impulse to move continually. It seems clear that this pain improves with levodopa treatment.

Restless leg syndrome (RLS) is another source of pain in patients with PD. It is defined as a sensory-motor disturbance that is prominent at night and improves with movement. It includes intense and disagreeable sensations (paraesthesia and dysesthesia) of the extremities, more pronounced in the lower extremities. Some reports have indicated that the prevalence of RLS in patients with PD ranges from 8% to 20%, which is much higher than the prevalence found in the general population (1%).

NMS of PD have received increasing attention from physicians and researchers. Pain is present in the preclinical and initial stages of the disease and causes major impact on quality of life. Its clinical characteristics vary and can be associated with “off” periods or WO of levodopa. Although pain in PD is widespread and disabling, its clinical characteristics and pathophysiology and even the best way of classifying and treating it have yet to be defined. Further studies are required to clarify these points and elucidate the role of dopaminergic and non-dopaminergic pathways in nociception, central modulation of pain, and the affective/motivational dimensions of pain perception.

The prevalence of all types of pain experienced by individuals with PD is reported to be over 80%; however, discrepancies can be observed among the studies due to different methodologies. Since pain and sensory symptoms in PD represent a broad spectrum, a multidisciplinary approach to pain management is recommended. Nevertheless, it has been found that that 50% of patients with PD-related pain did not receive treatment.