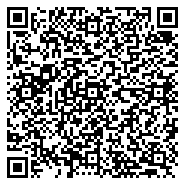 Introduction: The incidence of Infant diarrheal disease is a global problem which is more prevalent in developing countries. The survey was conducted to evaluate infant diarrhea, among school children and implicated bacterial pathogens in Shomolu Local Government Area, Lagos State, Nigeria.

Materials and Methods: Ethical permissions were obtained, research questionnaires were administered to mothers with children below five years old and forty five samples i.e., lunch boxes/baskets obtained in groups of nine at five different schools within the study area were used for the analysis. Research questions were generated, various hypotheses were tested, and analysis of questionnaires (using SPSS Data analysis), case records and laboratory results were appropriately analyzed using conventional methods of isolating both enterobacteriaceae and other Gram positive organisms as basis for generating inferences in the study.

Result: All the examined lunch boxes/baskets were contaminated with at least two bacterial species and five bacteria species were recovered from the samples namely; Staphylococcus aureus, Escherichia coli, Salmonella typhi, Shigella dysenteriae and Pseudomonas aeruginosa. Staphylococcus aureus (29.4%) was the most frequent isolates followed by Shigella dysenteriae (26.5%), Salmonella typhi (24.5%) and Pseudomonas aeruginosa (11.8%) while Escherichia coli (7.8%) were the least frequent isolates.

Colonization of children’s lunch box (under 5 years old) by pathogens of bacterial origin like Staphylococcus aureus, Escherichia coli and other members of the genera Enterobacteriaceae which are causative agents of diarrhea, dysentery, food poisoning and intoxication could be a problem of public health and epidemiological concern which could pose a serious threat to the health of the young ones, since diarrhea is majorly transmitted through the fecal-oral route, which includes ingestion of food or water contaminated by feces, contact of person-to-person and direct contact with feces that had been infected [1]. The incidence of Infant diarrheal disease is a global problem which is more prevalent in developing countries due to poverty, limited education, poor environmental sanitation and inadequate water supplies and it is grossly under-reported/ under-estimated because of poverty and/or ignorance among the affected group of people who constitute a large percentage of a developing country [2].

The period of rapid growth and increased demand for calories and proteins is called infancy [3]. Infant mortality is a major public health concerns as debilitating picture of poverty, malnutrition and diseases still constitutes a huge decimal in Nigeria and demographic data on Infant Mortality Rate (IMR) are still hugely inadequate because many deaths occur at home and are not recorded in official statistics [4].

The association of the following with risk of diarrhea morbidity in children had been revealed by some studies i.e., unsafe food storage, eating cold left overs, eating food with long and dirty finger nails, children not washing hands after defecation and before meals, presence of flies inside the house or kitchen, mothers not washing hands before preparing food or feeding children, dirty utensils or feeding bottles, presence of animals inside the house, unsafe food storage and unhygienic domestic places like yard, living room or parlor and kitchen [8-11].

Eating of contaminated foods (e.g. vegetables, ice cubes, fruits, water, locally made juices or drinks, seafood and raw meat) i.e., by the local population or tourists visiting foreign countries with poor sanitation and warm climates, is also a significant factor [12]. One of the most important causes of severe diarrhea is Rotavirus and other viruses which may be important causes of diarrheal disease in humans are enteric Adenoviruses, Astroviruses, Caliciviruses, Norwalk-like viruses, and Norwalk viruses.

The loss of water from the body, which is always associated with the disturbance of salt metabolism is termed diarrhea and the symptoms include extreme thirst, fever and weight loss, special risk is attributed with infants with diarrhea and are vomiting [13].

The signs of dehydration are not evident until there is an acute loss of fluid about four to five percent of the body weight and the signs and symptoms include the following; dry mouth and throat, loss of the elasticity of the skin, fast and weak pulse, reduction in the amount of urine and sunken fontanelle which lead to death to shock and ultimately death of children under five years old [14].

Thirst and dryness of the mouth may be experienced by patients with mild dehydration while orthostatic hypotension with syncope i.e., fainting upon standing caused by a reduction in the volume of blood, which causes a drop in the blood pressure upon standing, severe weakness, kidney failure, shock, a diminished urine output, confusion, acidosis i.e., too much acid in the blood and coma [15].

Frequent watery or loose stools, risks of dehydration, loss of appetite with or without vomiting and damage to the intestine (especially, when bloody diarrhea is involved) and the signs and symptoms of diarrhea can be identified by severity of manifestation, which include severe diarrhea, moderate diarrhea and mild diarrhea. In severe diarrhea, there is signs of rapid weight loss, weak pulse and cold limbs (shock or coma), by the child. Signs of rapid deep breathing, loss of skin elasticity, sunken funtanelle and eyes are characteristics of moderate diarrhea. Children affected by mild diarrhea show signs of being thirsty, dry mouth, weight loss and passage of less urine [16].

Also, there is the passage of frequent loose and watery stools, fever (particularly if there is an infectious cause), abdominal pain or cramps and bleeding [17].

Lunch boxes/baskets of school children below five years old were chosen because it contains food items which are one of the basic necessities of life apart from clothing and shelter. It also transcends beyond all geographical locations, races and cultures globally and any hazard due to biological agents could be life threatening or fatal.

The targeted community was Shomolu Local Government situated in Lagos State, Nigeria. It has a population of 403, 569 people according to the census conducted in 2006 and the geographical coordinates of 6° 32Ê¹ 27Êº North, 3° 23Ê¹ 14Êº East. The location decimated with poor structures and household overcrowding where majority in the population are traders and few people in the study sites involved in white collar jobs like teaching, accounting and the rest (Figure 1).

Ethical permissions were obtained from the Local Government Chairman and Chief Medical Officer of Health Centers in the project community at Shomolu Local Government Area, Lagos State with a detailed letter obtained from the project supervisor. Oral permission was given and a copy of the letter bearing the seal of approval i.e., official stamp issued from the local government office was shown to the head masters/mistresses of schools where samples were collected and to the officer in charge of medical records in the health center where diarrhea case records were obtained.

Forty-five samples were taken from the lunch boxes or baskets of children below five years old at five different schools located in Shomolu local government, Lagos state in groups of nine namely:

Forty-five samples was inoculated into the nutrient broth in groups of nine, in accordance with code from the source and labeled appropriately.

The isolates were sub cultured from nutrient agar into mannitol salt agar to screen for bacteria belonging to Staphylococci and into mackonkey agar, eosine methylene blue and Salmonella Shigella agar respectively to screen for bacteria belonging to Enterobacteriaceae in that order respectively. Then later sub cultured into nutrient Agar, so as to obtain fresh culture for biochemical tests. Conventional methods of isolation of various microorganisms were adopted using standard biochemical analysis including catalase, coagulase, DNAse, motility and indole tests.

Among the 45 samples i.e., lunch boxes/food baskets collected (Table 3) all were positive to bacterial pathogens causing diarrhea, in which Staphylococcus aureus was isolated from 30 samples (29.4%); Shigella dysenteriae was detected in 27 samples (26.5%); Salmonella typhi in 25 samples (24.5%); Pseudomonas aeruginosa in 12 samples (11.8%) and Escherichia coli in 8 samples (7.8%).

The most frequent isolated bacteria recovered from the lunch boxes obtained from Tris Villa School are Shigella dysenteriae (30.0%) and others in decreasing order are as follows: Salmonella typhi (26.7%), Staphylococcus aureus (20.0%), Pseudomonas aeruginosa (13.3%) and Escherichia coli (10.0%).

The most frequent isolated bacteria recovered from the lunch boxes obtained from Felithorah Children School are Shigella dysenteriae (33.3%) and others are as follows: Staphylococcus aureus (29.2%), Salmonella typhi (16.7%), Pseudomonas aeruginosa (12.5%) and Escherichia coli (8.3%).

The most frequent isolated bacteria recovered from the lunch boxes/food baskets obtained from Holly-moore Nursery and Primary School are Staphylococcus aureus (77.8%) and few Shigella dysenteriae (22.2%) but Escherichia coli (0.0%), Salmonella typhi (0.0%) and Pseudomonas aeruginosa (0.0%) were absent.

The most frequent isolated bacteria recovered from the lunch boxes obtained from Kabma-F International School are Staphylococcus aureus (36.8%) and others are as follows: Salmonella typhi (26.3%), Shigella dysenteriae (26.3%) and Pseudomonas aeruginosa (10.5%) but Escherichia coli (0.0%) was absent.

The most frequent isolated bacteria recovered from the lunch boxes/food baskets obtained from Fehope Nursery and Primary School are Salmonella typhi (40.0%) and others are as follows: Staphylococcus aureus (15.0%), Escherichia coli (15.0%), Shigella dysenteriae (15.0%) and Pseudomonas aeruginosa (15.0%).

The colonization of lunch boxes/baskets with pathogenic bacteria to could be from frequently used surfaces like door handles, school desks, kitchen surfaces and toilet flushes. Also, long and dirty finger nails which can easily retain small amounts of fecal matter, packing and eating with unwashed hands and the use of napkins especially if it is used for other purposes like cleaning of kitchen, tables, dusting of furniture etc.

The colonization of lunch boxes/baskets with pathogenic bacteria to could be from frequently used surfaces like door handles, school desks, kitchen surfaces and toilet flushes. Also, long and dirty finger nails which can easily retain small amounts of fecal matter, packing and eating with unwashed hands and the use of napkins especially if it is used for other purposes like cleaning of kitchen, tables, dusting of furnitures etc.

Unhygienic practices (as observed in structural questionnaires analysis and sampling process) like neglect or lack of proper cleaning of lunch boxes, unhygienic handling, etc., could aid the transmission or spread of pathogens. Innocent explorative/playful attitudes/behaviors of children like keeping of dirty socks in their lunch boxes after school hours, keeping of fallen/used utensils in the lunch boxes, eating of foods e.g. meats/opened biscuits or sweets which had accidentally poured or dropped inside the lunch boxes could be important risk factors in the transmission of infectious agents.

Washing of hands with soap and water before packing and eating from the lunch boxes/baskets should be maintained so as to prevent the transference of bacteria from the skin (i.e., Staphylococcus aureus which is an agent of food poisoning), from nails (long and dirty finger nails could harbor bacteria from the genus Enterobacteriaceae e.g. Escherichia coli which could cause diarrhea, since it is mostly transmitted through the fecal-oral route).

Lunch boxes should be clean every day with soap and water. Infrequent cleaning enhances the proliferation of pathogen organisms which could be harmful to children’s health.

The use of baby wipes and napkins in cleaning of lunch boxes/ baskets should be avoided, since these materials cannot remove bacteria but only aid in moving them around in apparently cleaned lunch boxes/baskets because they are not designed for removing pathogens.