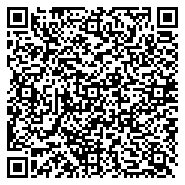 A key factor in the failure of anticancer treatments and adverse medication events in cancer patients is inter-individual variability in drug response. To discover new genetic biomarkers to predict toxicity and response to anticancer medicines, gene polymorphisms connected to these outcomes have been researched. [1] A promising method to choose the right therapy regimens with the fewest side effects is to assess the usefulness of single nucleotide polymorphisms (SNPs) in the genes involved in the transportation, activation, and metabolism of anticancer medicines. [2] This study provides an overview of the current understanding of the association between SNPs implicated in the movement, activation, and metabolism of anticancer medicines and the prognosis of patients with colorectal cancer (CRC). ¬Each year, more than 500,000 patients are given a colorectal cancer diagnosis, and more than 600,000 develop the disease and pass away. [3] The incidence strongly varies around the globe and is closely related to aspects of what is considered the "western lifestyle." Men are more likely to be affected than women are, and the incidence rises sharply with age; in industrialised nations, the median age of diagnosis is around 70. The majority of colorectal cancer cases are sporadic, develop slowly over years, and have substantial genetic components.[4] They follow the adenoma-carcinoma sequence. The three pillars of treatment are surgery, adjuvant chemotherapy, and neoadjuvant radiotherapy. Patients with stage I disease have a relative 5-year survival rate of more than 90%, whereas those with stage IV cancer have a relative 5-year survival rate of just over 10%. The incidence and death of colorectal cancer have been demonstrated to decrease with screening. In the last ten years, significant advancements have been made in the treatment of colorectal cancer. [5] The results have improved because to screening, which is used to find people early on. It is now possible to identify patients who are at risk and better understand the genetic underpinnings of inherited colorectal cancer. Survival at 5 years and 10 years has been significantly impacted by surgical optimization for patients with localized illness. [6] When choosing patients for preoperative chemoradiation, a technique that has been shown to enhance outcomes in patients with rectal cancer, it is crucial to identify those who are most at risk of local failure. Strict postoperative monitoring increases long-term survival and aids in the early detection of oligometastatic disease that may be drastically curable. Stage III disease is now commonly treated with oxaliplatin-based combination chemotherapy, albeit efficacy and toxicity must be carefully controlled.[7] Treatment with adjuvant fluoropyrimidine for colon and rectal cancers significantly increases survival, more so in stage III than in stage II disease. The selection of patients for treatment in stage II illness may be aided by molecular indicators such microsatellite instability. The expansion of the therapy of metastatic disease through the combination of targeted therapies and traditional cytotoxic medications has led to incremental survival improvements.[8] However, the creation of biomarkers is crucial to assist in the selection of patients likely to react to therapy, rationalizing treatments and enhancing outcomes. According to the cancer stem cell theory, a small subset of a tumor cells are the only ones that may cause it to grow.[9] Because conventional chemotherapy and radiotherapy target fast growing cells that make up the majority of the tumour rather than particularly cancer stem cells, if this concept were to be confirmed, it would have a substantial impact on how we now treat cancer. [10] The goals of this review are to highlight the most recent data demonstrating the presence of cancer stem cells in colorectal cancer, to evaluate the relative merits of the most recent cancer stem cell markers, and to explain the implications of this for cancer treatment. [11] The majority of the time, colorectal cancer has been thought of as a genetic illness caused by a gradual accumulation of genetic abnormalities. [12] Growing data suggests that epigenetic changes describe a minority of colorectal tumours with a unique aetiology and prognosis, and add another level of complexity to the pathogenesis of CRC. Colorectal cancer epigenetic dysregulation include DNA methylation, histone changes, nucleosomal occupancy and remodelling, chromatin looping, and noncoding RNAs at various levels.[13] Recently, intricate correlations with genetic changes and interactions between these processes have been uncovered. [14] As CRC genetics has been for the previous thirty years, it looks that CRC epigenetics will serve as the paradigm for multistep carcinogenesis. This review discusses how the comprehension of epigenetic regulation of gene expression in CRC has improved with the integration of fresh data.

The author would like to acknowledge his Department of Pharmacogenomics, Center for Applied Medical Research from the University of Navarra for their support during this work.