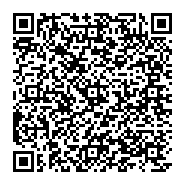 Godtfredsen syndrome is a rare clinical manifestation of concomitant sixth and twelfth cranial nerve palsies. It was first reported by Eric Godtfredsen in 1946 relating to metastatic nasopharyngeal carcinoma. Modern imaging modalities have been able to reveal that clival lesions are most commonly associated with this rare presentation. Our case highlights the importance of identifying this syndrome in an appropriate clinical setting for a prompt diagnosis and management.

A 50-year-old man presented with slurring of speech and diplopia of six months duration. There was no headache or features of raised intracranial pressure [1]. There were no suggestions of associated systemic symptoms or any other cranial nerves being involved. There was no diurnal variation or fluctuations in symptoms. Clinical examination showed right abducens and hypoglossal nerve palsy with no other deficits (Fig. 1). He was evaluated elsewhere with normal blood investigations and computed tomography (CT) scan of the brain [2-4]. Repetitive nerve stimulation testing for neuromuscular junction disorders was normal. With concomitant ipsilateral sixth and twelfth cranial nerves being involved, Godtfredsen syndrome was considered and Magnetic resonance imaging (MRI) of the brain showed an extensive, irregular, multilobulated, heterogeneously enhancing mass lesion involving the clivus, petrous part of temporal bone and the body of C1 vertebral body on the right side, suggestive of metastasis (Fig. 2). Further evaluation for the same revealed an elevated serum prostate specific antigen levels and he was referred to the urologist with a suspicion of prostate malignancy [5]. Patients with multiple cranial nerve palsies are a frequent admission in neurology clinics and require extensive and urgent work up for timely management. Abducens nerve palsy has been emphasised from early medical school days as a false localising sign and is considered in many instances before the complete work up of a case. However, the unusual combination of sixth and twelfth cranial nerve involvement with the sparing of other nerves is rarely seen. Godtfredsen first described this combination in cases of nasopharyngeal carcinoma, in his discussion on the ophthalmo-neurological symptoms of nasopharyngeal tumours. Apart from the combination of multiple cranial nerve palsies in nasopharyngeal lesions, he emphasised that, the occurrence of ophthalmoplegia with tongue weakness is pathognomic of malignant nasopharyngeal tumours, with trigeminal neuralgia seen in a majority of cases. This rare combination is thought to be a result of intracranial growth of primary tumour and lymphogenous metastasis to retrophryngeal lymph glands, lying off the hypoglossal canal and compressing the twelfth cranial nerve. Five patients reported by Keane, et al., with Godtfredsen syndrome, had clival chordoma, metastasis from prostate, pancreas and ovary and a self-limited cranial polyneuropathy in one patient. Clival metastasis is extremely rare of all intracranial tumours and represents 0.42% of skull base tumours. Prostate, thyroid, kidney, lungs, skin, bone, liver and gastric malignancies have been associated with clival lesions. Retroclival subdural hematoma has also been reported to cause this rare association of concomitant 6th and 12th cranial nerve palsy.