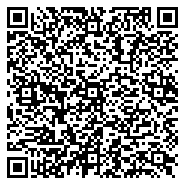 Background: Migraine affects about 16% of the worldwide population. The pathogenesis of the disease consists of a combination of genetic and environmental factors. Given that, according to different polymorphism studies, ethnicity has a role in the gene diversity of migraine, this study was designed to determine the role of MTHFR C677T gene polymorphism in people from Tehran, Iran, who suffer from migraine headaches.

Materials and methods: In this case control study, we determined the prevalence of common MTHFR C677T polymorphism in 132 migraine patients in line with IHS criteria (37 migraine patients with aura and 95 migraine patients without aura) and compared it to that in 142 matched healthy controls. The correlation between migraine and genotype was investigated using the chi-square test. The Bonferroni adjusted P-value was also used for pairwise comparison.

Conclusion: MTHFR C677T polymorphism, which is responsible for reducing MTHFR activity in the folate metabolism, is not a major genetic susceptibility factor for migraine in the investigated population.

Migraine is a moderate-to-severe headache, which can be felt as a recurring throbbing pain on one side of the head. Many migraineurs also present symptoms, such as nausea, vomiting and increased sensitivity to light or sound. Migraine is a common neurovascular disorder affecting around one in every five women and around one in every 15 men, which usually begins in early adulthood. There are several types of migraine, including migraine with aura, where there are specific warning signs immediately before the migraine begins, and migraine without aura (the most common type), where the migraine occurs without any specific warning sign [1].

Recent studies have shown that the pathogenesis of migraine could be associated with the vaso-endothelial function. It has been proposed that one of the genes associated with migraine is the MTHFR gene. This is related to the methylenetetrahydrofolate reductase enzyme, which catalyzes the reduction of 5,10-methylenetetrahydrofolate to 5-methyltetrahydrofolate and is involved in the folate and homocysteine metabolism [2]. There are two common MTHFR polymorphisms, namely, C677T and A1298C [3,4]. In MTHFR C677T and A1298C polymorphisms, a point mutation occurs, which leads to the replacement of alanine by valine, while glutamine is replaced by alanine, respectively, in the corresponding enzyme. The enzyme dysfunction is effective in the pathology of some diseases, including migraine. Many previous studies have reported that the MTHFR C677T gene polymorphism and the TT genotype are related to migraine. However, several lines of evidence have failed to accurately confirm the association between MTHFR C667T polymorphism and migraine [5,6]. Thus, the role of MTHFR C677T gene polymorphism in migraine susceptibility needs further evaluation.

In this case control study, 132 patients with migraine (with and without aura) were selected from among people who were referred to the neurology clinics in the Imam Hossein and Loghman-e-Hakim Hospitals, according to ICHD III criteria (The International Classification of Headache Disorders: Second Edition. Cephalalgia. 2004; 24, Suppl. 1:9-160). Along with neurological examination and brain imaging, detailed information about the presence of headache and its characteristics, such as severity, frequency, duration, location, type, aura symptoms and associated symptoms (nausea, vomiting, photosensitivity or photosensitivity), were collected on a data sheet. The age range of the selected patients was 18 to 70 years. Patients with major depression and psychotic disorders were excluded from the study.

Meanwhile, from those without any history of any neurological disorders, and following a physical examination, 142 healthy controls were enrolled. The two groups were matched with regard to age and sex.

After obtaining informed consent from case and control members participating in the project, a 2.5 ML blood sample was taken from each via a sample tube containing EDTA.

To conduct the relevant tests, the samples were sent to the Genetics Laboratory of the School of Medicine at the Shahid Beheshti University of Medical Sciences. After extraction of DNA, the tetra-primer ARMS-PCR method was briefly used for the genotyping and allele frequencies.

In the present study, the design of forward and reverse primers was performed using appropriate software and websites, such as NCBI Primer-BLAST, Gene Runner and Primer 1.

The correlation between polymorphism and the disease was evaluated with SNPStats and SNPAnalyzer, while the one between migraine and genotype was investigated by using the chi-square test.

Among those who suffered from migraine, 50% were of the CC type, 44.7% were of the CT type and 5.3% were of the TT type. These ratios among healthy persons were 60.6%, 28.9% and 10.6%, respectively. b displays frequency of MTHFR genotype variants in the patient and control groups.

Table 1: Correlation between the studied groups and genotype.

The results of the Bonferroni adjusted P-value are shown in Table 2. As it can be observed, there is a significant correlation between genotype and healthy people or those who experience migraine without aura (p=0.015).

Table 2: Correlation between genotype in healthy people and the migraine without aura group.

Among patients without aura, 49.5% were of the CC type, while 60.6% of healthy people had this kind of genotype.

Given the multifactorial nature of migraine headache, investigations into the genetic aspects of this entity are always of interest. There are several neurological, hormonal and vascular genes that are considered as key factors in the pathophysiology of migraine [5]. It has been proposed that endothelial dysfunction, which increases oxidative stress and promotes inflammatory processes, is involved in the pathogenesis of migraine [6]. In this respect, MTHFR C677T genetic polymorphisms may play a crucial role in vascular diseases [3]. In MTHFR C677T polymorphism, a point mutation changes an alanine into a valine residue at Position 222 within the catalytic domain of the enzyme, which in turn reduces the enzymatic capacity by up to 50% [3].

In 2000, it was reported for the first time that homozygous C677T mutation in the MTHFR gene is a genetic risk factor for migraine in Japanese patients [2]. This result was further supported by the observation that individuals with the C677T genotype have greater susceptibility towards migraine, while the prevalence of T allele has been found to be higher in Turkish [7] and Australian [8] migraineurs with aura. Furthermore, in a population-based sample to analyze the association between a specific genetic variant and a common migraine type, the TT genotype was associated with the prevalence of migraineurs with aura [9]. Moreover, migraine with aura was significantly more prevalent among the T allele carriers than ÃƒÆ’Ã‚ÂÂÃƒâ€šÃ‚Â¡ÃƒÆ’Ã‚ÂÂÃƒâ€šÃ‚Â¡ genotype Russian patients [10]. In addition, it has been reported that the MTHFR genotype is associated with specific clinical variables of migraine, including unilateral head pain, physical activity discomfort and stress [11].

It has been proposed that an SNP in the MTHFR gene C677T causes mild hyperhomocysteinemia, which is associated with endothelial cell injury, reduced production of nitric oxide and increased oxidative stress, and may contribute to the activation of the trigeminal fibers [5]. Moreover, high plasma levels of homocysteine were related to a high risk of cardiovascular disease, cerebrovascular disease and peripheral vascular disease [12]. Since homocysteine derivatives act as NMDA receptor agonists, they enhance glutamatergic neurotransmission [10]. In addition, both in vivo and in vitro studies have demonstrated that moderate hyperhomocysteinemia produces neurotoxic effects [13,14], which may be involved in the pathogenesis of migraine.

In contrast with these findings, other investigations have failed to confirm an association between MTHFR C677T polymorphism and migraine in Spanish [15], Finnish [16], Portuguese [17] and North Indian [18] migraineurs. Furthermore, meta-analysis studies have shown that there is no significant association between the MTHFR gene and migraine; only in migraine with aura is the TT genotype associated with a higher risk of disease compared with the CC genotype [19,20].

In the Han Chinese population from the Fujian Province in Southern China, genotypic distribution of MTHFR C677T was significantly different in terms of a higher frequency of T allele in migraineurs compared with controls. While no difference was found between patients who experience migraine with aura and controls, T allele frequency was significantly higher among migraineurs without aura than controls [21], which is in contrast to the findings of several previous reports. Furthermore, in an entirely different observation, Schurks et al. [22] reported that the MTHFR T677T genotype was associated with a reduced risk of migraine with aura, which only appeared in less than six attacks/ year. In parallel with our observation, Todt et al. [23] reported that there was no significant difference regarding T allele or TT genotype distributions between 656 German migraine patients with aura and 625 healthy controls; however, they did not evaluate the frequency of the TT genotype among migraine patients without aura. Moreover, vividly contrasting with the results of the present study, Saeedi et al. [24] reported that MTHFR C677T polymorphism is a potential genetic risk factor for migraine attacks in patients, both with and without aura, referred to other hospitals in Tehran (Imam Khomeini and Rasool Akram Hospitals).

In 2013 Sadeghi et al. [25], evaluated homocysteine levels in 130 Iranian patients with migraine attacks. They did not find any significant relationship between homocysteine levels and characteristics of migraine attacks such as “severity, frequency, duration and headache diary result. A part of this discrepancy could be due to different sample sizes and different ethnicities. The sample size of the present study was also limited for the migraines with aura so this must be considered as a limitation of the present study.

Since ethnicity has a role in the gene diversity of migraine, this study was designed to determine the role of MTHFR C677T gene polymorphism in Iranian patients who suffer from migraine headaches. Generally, our findings demonstrate that MTHFR C677T polymorphism, which is responsible for reducing MTHFR activity in the folate metabolism, is not a major genetic susceptibility factor for migraine in the investigated population. Therefore, further elucidation is required to define whether MTHFR C677T polymorphism is associated with susceptibility towards migraine in the Iranian population.