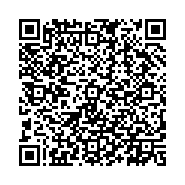 Cleft Lip and Palate are the most common congenital abnormalities of the orofacial structures. Along with the cosmetic problems, there may be associated feeding problems, speech problems and dental anomalies. Cleft Repair Surgeries are aimed at restoring the normal anatomy. The aesthetic and cosmetic outcome is a major determinant of the success of Cleft repair surgeries. We hereby present five pictorial cases of Cleft Lip and/or Palate who have undergone Repair surgeries at our institution, with their corresponding long-term cosmetic outcomes.

Cleft Lip and Palate are the most common congenital abnormalities of the orofacial structures. With an incidence of 7 per 1000 children, this is one of the most common deformities among Indian children. Along with the cosmetic problems, there may be associated feeding problems, speech problems and dental anomalies. Cleft Repair Surgeries are aimed at restoring the normal anatomy. The displacement, deformation and underdevelopment of the muscles and facial skeleton are to be anatomically reconstructed near-normally, which encourages normal facial growth and function. Emphasis is placed on muscular reconstruction of the lip, nose and face, as well as muscles of the soft palate.

Cleft Repair Surgeries have been performed by Dr. Y. N. Irkal, who is presently heading a renowned institution, Shreeya Hospital at Dharwad, Karnataka. The surgical outcomes are cosmetically satisfactory, as evident from the following photographs.

A 6-month-old male child with bilateral cleft lip underwent surgical repair. On follow-up at the age of 5 years, upper lip has developed to be cosmetically aceptable (Figure 1). Figure 1: A male child (6 month old) with bilateral cleft lip underwent surgical repair, upper lip has developed to be cosmetically acceptable (at the age of 5 years).

The cosmetic outcome at 4 years of age is satisfactory (Figure 2). A 22-year-old woman with unilateral Cleft lip and palate presented to our hospital with complaints of orofacial deformity and speech problem. She underwent Cleft Repair Surgery. 1 year later, she came for follow-up with a good cosmetic outcome (Figure 3). A 15-year-old lady who had underwent surgery for unilateral cleft lip in the past, presented with residual deformity and asymmetrical upper lip. She underwent Revisional surgery (Z-plasty) for improved symmetry and better cosmesis (Figure 4). A 3-month-old male baby presented with feeding problems associated with unilateral cleft lip. Cleft Repair Surgery was done immediately. At the age of 33 years, he showed up with nearnormal alignment of upper lip, and minimal scarring. The young man was selected for Army service (Figure 5). With an incidence of 7 per 1000 children, cleft lip and palate deformity is one of the most common deformities among Indian children [1]. Non-syndromic orofacial clefting is a polygenic, multi-factorial disorder and so both genetic and environmental factors contribute to its aetiology [2]. All clefts are more common on the left side except isolated cleft palate which is more common on the right side [3]. Most popular in CL/P surgery is the “RULE OF 10S” applied surgery which is consider best time to perform surgical intervention - infant is at least 10 weeks old, weighs 10 pounds, and has a haemoglobin level of 10 g/ dL, thereby surgeries are performed during the child’s second to third month of life for health wellbeing among children [4].

Cleft Surgeries include Milliard technique and Palatoplasty. However, a Multidisciplinary approach is required for optimum management. Standardized photographs are currently the most commonly used medium for outcomes analysis worldwide. The Asher-McDade scale and The Unilateral Cleft Lip Surgical Outcomes Evaluation (UCL SOE) scale have been used to measure surgical outcome. The UCL SOE scores symmetry of 4 individual anthropomorphic components of the cleft repair (Cupid’s bow, lateral lip, nose, and free vermillion) [5]. Photographs of cleft lip/palate shown to parents ‘before and after’ surgery are invaluable during parental counselling and support to allay fears and anxiety.

A satisfactory Cosmetic Outcome has been observed following Cleft Lip and Palate Repair Surgeries, as well as Revisional Surgeries at our institution. Surgical repair is indicated at an earliest possible age; the sooner it’s performed, the better is the cosmetic outcome. The Photographs taken before and after Surgery portray the role of the Surgeon in improved aesthesis and facial development of Cleft patients. Better psychosocial lifestyle of the patient is noteworthy.