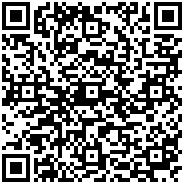 Pontine myelinolysis (PM) is a neurological disorder represented by demyelination of the pons. It can be classified into central pontine myelinolysis (CPM) and extrapontine myelinolysis (EPM). Onset of PM is controversial, however etiology is believed to occur by rapid correction of hyponatremia. Epidemiology, clinical diagnosis, and neurological complications of PM is a rare disorder. Onset of hyponatremia due to irrigation fluid is emphasized. Differential diagnosis, histopathology, connection with autonomic neuropathy, and magnetic resonance image findings of PM is reviewed. Prevention and treatment of hyponatremia to avoid side effects and pharmacological treatments for PM is discussed. This review is to expand on the information already provided in literature and update on current literature.

ODS, though uncommon, has been reported at a rate of 0.4- 0.56% for patients admitted to neurology services and 0.05% of all admitted in a general hospital [4-6]. Underdiagnosis of ODS has been reported in recent literature; Newell et al. identified 0.3-1.1% of patients with unsuspected CPM during autopsies, with an even greater percentage of CPM in patients with liver transplant and chronic liver disease [7].

When trying to diagnosis a patient with PM, examining physical symptoms and neurological complications may often be the simplest route. The most common symptoms seen in PM patients are tremor and quadriplegia [8-12] as well as depressed level of consciousness [13]; additional clinical diagnosis and neurological complications are outlined in Tables 1 and 2, respectively. In patients suspected of early PM, the new concept of fundoscopy may reveal optic disc changes suggestive of raised intracranial hypertension.

Despite PM’s relatively ambiguous pathogenesis, it is believed that rapid correction of hyponatremia plays a pivotal role [28]. Hyponatremia causes glial cells to swell via selective aquaporin channels [29]. Treatment of chronic hyponatremia, using a hypertonic saline solution, causes brain cell dehydration and the loss of vital electrolytes, in addition to organic osmolytes such as myo-inositol, taurine, glutamine, glutamate, creatine, phosphocreatine, and glycerophosphorylcholine [30]. Failure to compensate for increasing plasma tonicity within cells results in osmotic stress [31], all the while preventing the reabsorption of organic osmolytes into the cell [30]. According to studies by Rojiani et al., [32,33], the opening of the blood brain barrier (BBB) and the generation of edema may play a role in the early stages of the disease. Stress on the BBB as a result of osmotic shrinkage results in the opening of tight junctions [34]. This is of particular concern in oligodendrocytes, which appear to be the most susceptible cells to this form of damage [11]. Todd et al., suggested that plasminogen activator, complement proteinase, cytokines, immunoglobulins, and neural proteases released from endothelial cells may lead to oligodendrocyte degeneration [35], ultimately causing the destruction of myelin [11] (Figure 1). Hyponatremia is defined by the excess of water in relation to the serum sodium concentration; Table 3 depicts its severity levels [36]. Absorption of irrigation fluid, a surgical necessity for improving operating field vision, is known to induce iatrogenic hyponatremia [37]. The irrigation fluid must be generally electrolyte free to allow cutting with a resectoscope, despite a danger of absorption [37]. Glycine 1.5%, mannitol, or sorbitol are common solutes added to decrease hypo-osmolality and prevent hemolysis in the event of reabsorption [37]. For absorption to occur, the driving force of fluid must exceed the venous pressure of approximately 1.5 kPa [38]. Fluid absorption can occur in all operations utilizing irrigation fluid. Irrigation fluid is used most commonly in transurethral resection of the prostate (TURP) and transcervical resection of the endometrium (TCRE) [37]. Absorption can range between 300-1000 mL in 8% of TURP operations [39] and approximately 450 mL in TCRE procedures [40]. Moreover, photoselective vaporization of the prostate via green light laser surgery is a minimally invasive technique [41] that delivers more advantages than TURP [42]. However, absorption of irrigation fluid is still possible in patients who undergo high power 532 nm laser vaporization of the prostate [43]. Fluid absorption can elicit cardiopulmonary and neurological symptoms, while ethanol breath tests yield early detection [43].

Rapid correction of hyponatremia is one of the many potential causes of PM. Uchida et al., explains where a patient develops CPM secondary to liver transplant [44]. Wadhwa et al., identified a case where an alcoholic patient showed signs of EPM [45]. CPM can also be a rare manifestation of Wilson’s disease [46] and celiac disease [8]. According to Wu et al., EPM can arise from primary adrenal insufficiency. This author described a 49 year old female who presented with primary adrenal insufficiency. The patient was given an isotonic saline solution to treat for adrenal insufficiency and hyponatremia. Rapid correction showed demyelination of the bilateral basal ganglia and the thalamus, using MRI [47]; additional causes are outlined in Table 4.

According to Falini et al., acute multiple sclerosis lesions can be seen as hyperintense lesions on T2-weighted sequences and accompanied by BBB breakdown showing contrast on T1-weighted images. This is sometimes perceived as PM, as demyelination is implicated at the pons, basal ganglia, midbrain, thalamus, and subcortical white matter [58]. Using magnetic resonance imaging (MRI), PM is marked by prolongation of T1 and T2 relaxation times in myelinolytic regions [58].

Intramyelinitic splitting, vacuolization, and rupture of myelin sheaths are key in identifying histopathological finding of an individual with CPM [59]. Progression of CPM results in macrophages findings at the site myelin debris [59]. Pietrini et al., identified an acute stage of demyelination and large macrophagic infiltration, but no significant inflammatory reaction [60].

Autonomic neuropathy and PM can be found occurring simultaneously in patients. A 2008 case study by Tilikete et al., identified a 51 year old patient with primary position upbeat nystagmus and internuclear ophthalmoplegia. The diagnosis, using MRI, showed a demyelination of the pons may have resulted in this action [61]. A 1999 article by Susa et al., discussed a 29 year old woman with acute intermittent porphyria-an autosomal dominant disease caused by a deficiency of porphobilinogen deaminase-suffered severe hyponatremia and was treated with heme arginate. MRI showed CPM and EPM, and cortical laminar necrosis, all of which are not common in acute intermittent porphyria [62].

MRI has streamlined the diagnosis of PM by tracing the evolution of the lesion and pairing its progression or regression with clinical features [63]. Prominent signal characteristics include T1- hypotensive, T2-hypertensive, and FLAIR-hypertensive [5]. Table 5 highlights several brain regions affected by PM.

Prevention and treatment of pontine myelinolysis

Several options surround the prevention and treatment of PM. A hallmark of prevention is proper management of hyponatremia post-absorption of irrigation fluid. Hyponatremia can be treated using hypertonic saline solution [30]. Treatment can, however, pose a challenge as rapid correction can lead to PM [3]. Gradually increasing the sodium concentration, from 4-6 mmol.L-1 in any 24 hour period, is the most favorable therapy to treat a patient with severe hyponatremia while preventing any unwanted side effects [65].

A unique situation in which rapid correction of hyponatremia without consequence of PM may be embraced by azotemic, patients with large amounts of nitrogenous waste products in blood, patients [66]. Dhrolia et al., conducted a study on 52 azotemic patients, who had undergone hemodialysis to rapidly treat hyponatremia [66]. Despite the known assumption that rapid correction will elicit PM, MRI verified that none of the 52 patients with azotemia developed neurological conditions. Azotemia may protect the brain from osmotic demyelination by rapidly changing urea concentration. Urea can act as an effective osmole in dialysis disequlibrium syndrome [66].

A separate method for treating PM involves the administration of intravenous immunoglobin (IVIg). Murthy et al., highlighted three PM cases in which the patient received IVIg over the course of a few days and began to recover [67]. Despite the unclear mechanism, a possible explanation involves the reduction of myelinotoxic substances and promotion of remyelination [68]. Plasmaphersis (PS) is another option in treating PM. Saner et al., identifies a patient, who underwent liver transplant and developed CPM. The patient was immediately placed PS and IVIg for six days. The patient showed signs of recovery after the treatment [69]. It is believed that PS may also reduce myelinotoxic substances, thereby leading to clinical improvement [69]. Table 6 provides additional pharmacological treatment options.

Pontine myelinolysis (PM) develops primarily from rapid treatment of hyponatremia, but also occasionally from liver transplantation and alcohol abuse. The effect of PM can be seen through histological examination and MRI-deduced regional brain effects. Upon treating chronic hyponatremia with hypertonic saline, the disequilibrium of organic osmolytes may play a key role in the pathogenesis of PM. Hyponatremia is caused from absorption of irrigation fluid during operations such as transurethral resection of the prostate (TURP). Prevention of PM must be conducted by gradually increasing sodium concentration 4-6 mmol.L-1 in any 24-hour period. Additional PM treatment mandates the use of immunoglobin, plasmaphersis, or select neurological drugs.

We gratefully acknowledge literature research assistance from Mrs. Wendy Isser and Ms. Grace Garey. We would also like to acknowledge the works for Dr. Kelly Warren and Mr. Jason Gandhi, for their assistance with critiquing and applying logical reasoning to literature, and assisting with performing medline searches.

The authors declare they have no conflict of interest.