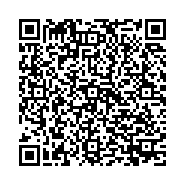 Sudden infant death syndrome (SIDS) is defined as the sudden, unexplained death of an infant younger than one year old. Deaths that remain unexplained even after thorough investigation, autopsy, and clinical history are classified as SIDS. Since the implementation of the “Back to Sleep” campaign in 1994, deaths related to SIDS have significantly decreased by more than 50% in the United States. There are a vast number of etiological factors related to SIDS. Here we address a few and elaborate on two critical factors that we feel should be further studied. Pathogenesis of SIDS is unclear, but we describe the different prevalent theories to explain the onset of SIDS, including triple-risk model, genetic factors, and arousal response of infants. Mothers and family members should be aware of the prevention methods for SIDS. This review is beneficial to all medical practitioners as well as mothers and family members with a newborn.

Sudden infant death syndrome (SIDS) is defined as the death of an infant younger than one year old. Deaths that remain unexplained even after thorough investigation, autopsy, examination of the death scene, and clinical history are classified as SIDS [1,2]. SIDS tends to be the cause of death in 35-55% of infants between the ages of one month to one year. Sudden unexpected infant death is the umbrella term used to describe all cases of unexpected infant death [3].

Internationally the incidence of SIDS varies greatly. A 2015 study by Taylor et al., found that the lowest sudden infant death rate was seen in the Netherlands at 0.19 cases per 1000 live births. The highest rate was found in New Zealand at 1 in 1000 live births [9]. It is critical to mention that increasing awareness of SIDS has led to a drop in the cases seen globally [1,10].

SIDS is more commonly observed in males than females. This has led to the belief that there could be a potential genetic factor involved in SIDS [2,11-13].

There are over 70 different known causes of SIDS that have been proposed. These risk factors are divided into three groupings:

Altitude: The effects of altitude on SIDS are not well studied. In 2015, Katz et al., published a work regarding the relationship between altitude and SIDS. The data used for the study was collected between 2007 and 2012, from Colorado’s birth and death registries. Residents at high altitude, living at 8000 feet or more, were associated with a greater risk of SIDS-0.79 cases per 1000 live births. In comparison, those at lower altitudes had SIDS rates of 0.40 and 0.45 cases per 1000 live births, at less than 6000 feet and between 6000-8000 feet, respectively [27]. This is an interesting risk factor and should be explored further by gathering data from locations at high altitudes. It would be interesting to determine a correlation of living at the high altitudes found in Tibet or the Himalayas and the incidence of SIDS in those regions compared to the incidence of SIDS at lower altitudes.

Gender: Previous studies have indicated that SIDS is more common in males than in females. Mage et al. recently submitted a study using data of infants with respiratory related deaths between 1968 and 2010 using 11 World Health Organization International Classification of Diseases rubrics for respiratory deaths by accidents, congenital anomalies, respiratory diseases and causes unknown [13]. A common factor between all the diseases is a result of respiratory failure through cerebral anoxia. They proposed that an X-linked recessive allele produces a predisposition to death from SIDS. Thus, males are more prone to SIDS than females [5,13].

A death is attributed to SIDS when each of the following is present: a complete autopsy is performed and the findings are compatible with SIDS. No gross or microscopic evidence of trauma or significant disease is present. No trauma is found on skeletal survey. Other causes of death are ruled out. No evidence of alcohol, drug, or toxic exposure is found. A thorough death scene investigation and review of clinical history is negative. Once the following has been performed and other causes ruled out, it is then that the death can be ruled as SIDS [1,3,30,31].

Many other causes can present similarly to SIDS. Table 2 identifies differential diagnoses that can be mistaken for SIDS.

There are many hypotheses proposed for the pathogenesis of SIDS. The triple-risk model, proposed by Filiano and Kinney et al., suggests SIDS is represented by an intersection of factors including, vulnerability in the infant, a critical period in development, and homeostatic stressors heightening the infant’s vulnerability [64,65]. Death occurs when the normal defense mechanisms of the infant are deficient-whether it be structurally, functionally, or developmentally-and the infant is subjected to the stressors [65-67].

There are many genetic aspects that are involved in SIDS. Cardiac channelopathies resulting from genetic disorders can result in a myriad of cardiac disorders; one being congenital long QT syndrome (LQRS), which is connected to infants with SIDS [68]. Mutations in LQTS genes, first described by Schwartz et al., in 1976, are hypothesized to result in SIDS [69]. Huang et al., characterized a new mutation of SCN5A, S1333Y, found in SIDS infants, which causes LQTS type 3. This mutation shows a gain of function of a sodium channel characteristic of LQTS type 3 [70]. A 2009 study by Millat et al., confirmed that LQTS mutations may be a leading genetic cause of SIDS. The authors suggest that if autopsy fails to explain an infant death, then a molecular screening of major LQTS genes should be considered [71]. Another genetic aspect is the role of the X chromosome. As stated before, by Mage et al., certain respiratory disorders, including SIDS, maybe X-linked recessive disorder. Therefore they may play a role in the pathogenesis of SIDS [13].

The pathway to SIDS is complex and involves the immaturity of cardiorespiratory autonomic control, and failure of the arousal response from sleep [72]. Arousal response is critical to survival. Physiological changes during sleep activate the arousal response. Normal responses of arousal during sleep include an increase in heart rate, arterial pressure, and ventilation, as well as a behavioral response enabling body movements to avoid life-threatening stimuli. These responses are similar to cardiorespiratory responses of fight-or-flight reactions. Specific regions of the hypothalamus and brainstem play a role in the relay and integration of responses [73]. Chemorecpetors, mainly in the carotid bodies, are coordinated with respiratory control [74]. Studies have indicated that abnormalities of arousal are involved in SIDS. A reduced number of spontaneously caused arousals were found in infants who died from SIDS [73,75,76]. Wong-Riley et al., identified that the critical period of respiratory development in postnatal rats occurs during days 12-13 [74]. Therefore, early on in infancy, it is difficult for the arousal response to kick in when the respiratory system has not fully developed.

Techniques to help prevent SIDS are better known since the “Back to Sleep” campaign in 1994. Since then, cases of SIDS have significantly dropped in the United States. Refer to Table 3 for a comprised list of techniques for the prevention of SIDS.

Premature deaths of infants was a growing epidemic for many years in the United States. This disorder tolled for 1.2 cases in 1000 live birth in 1992. Since the introduction of “Back to Sleep” campaign, the prevalence of sudden infant death syndrome (SIDS) has decreased drastically. SIDS is a sudden, unexplained death of an infant, younger than one year old. Though there are many etiological risk factors for that result in SIDS, its pathogenesis still remains a mystery. The risk factor we feel that should be further study include, the effect altitude and X-chromosome on SIDS. The triple-risk model of SIDS, is the most accepted pathogenesis of SIDS. Other prevailing theories include, long QT syndrome and the arousal response. Up to date, there are many know ways to prevent SIDS. Most useful method of prevention are supine sleeping position and firm sleeping surface.

The authors declare they have no conflict of interest.