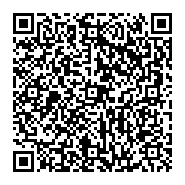 Lithiasis of the cystic duct stump is the cause of postcholecystectomy syndrome, with an incidence ranging from 10-50% [1,2]. This wide variation may be secondary to patients with recurrent extra-biliary symptoms. This leaves a small proportion of patients with post-cholecystectomy syndrome with a true biliary cause, such as biliary stenosis, residual biliary colic, cystic duct stump/residual gallbladder syndrome, and stenosis or dyskinesia of the sphincter of Oddi [3,4].

A 71-year-old man, followed for the past 10 years for diabetes mellitus (type 3), high blood pressure and psoriasis and who has previously been by mistake cholecystectomized in 1984 (he was operated on for an acute abdomen but it was then the first episode of AP).

He presented also in his history two admissions of acute pancreatitis. Currently he has been admitted for severe epigastric pain with a serum lipase level of 3xn (1621 IU/L) associated with nausea and vomiting. Blood investigations were within normal limits except blood sugar which was slightly elevated. Abdominal ultrasound found minimal ascites (Figure 1).The abdominal CT scan has revealed acute pancreatitis with a Stage D classification of Balthazar. The cholangio MRI is in favor of a main and secondary pancreatic ductal ectasia, notably caudal, suspicion of a PMITP (papillary and mucinous intraductal tumor of the pancreas). In front of this situation where the etiological diagnosis of this RAP was not found an endoscopic ultrasound was performed and revealed a very low cystic duct located with the presence of two lithiasis inside, one of which measured 13 mm with signs of the early stages of calcifying chronic pancreatitis (Figure 2).

Figure 1: Showing acute pancreatitis with a Stage D classification of Balthazar with suspicion of papillary and mucinous intraductal tumor of the pancreas (PMITP).

Post-Cholecystectomy Syndrome (PCS) is composed of various conditions that present as a recurrence of the symptoms seen before cholecystectomy. The occurrence of the disease can take anywhere from 2 days to 25 years. This condition is more common in female [6]. These disorders can be divided into two categories: extra-biliary and biliary. The majority of causes are assigned to extra-biliary causes such as peptic ulcer, reflux esophagitis, chronic pancreatitis, hepatitis, diverticulitis, mesenteric ischemia, and irritable bowel syndrome. However, biliary causes are represented by narrowing of the bile ducts, bile leakage, retained or recurrent gallstones, cystic duct residues, Oddi's sphincter dyskinesia and surgical bed neuritis [7]. The biliary causes of PCS can be divided into early and late complications on the basis of occurrence of symptoms within 2 years. Early symptoms are usually due to a complication of surgery, such as a cystic duct stump or CBD calculus, a lesion or fistula of the bile duct. Late PCS includes biliary tree stenosis, residual bile duct lithiasis, cystic stump calculus and inflammation. Other late causes include papillary stenosis biliary dyskinesia and acute recurrent pancreatitis. Extra-biliary causes of PCS should be handled with great caution, as the majority of them can be treated with drug therapy. They should be excluded prior to surgery if gallbladder disease is suspected. These conditions are often unclear but may be suspected if no gallstones or abnormalities are identified during the cholecystectomy [8].

After partial removal of the gallbladder by laparotomy or laparoscopy, the remaining stump, which includes the Hartmann's pouch, must be cleared of residual gallstones at the time of surgery Nevertheless, some of these stumps may still contain stones, or may form new stones in the postoperative period [9,10]. These patients may develop "postcholecystectomy pain" at varying intervals during primary surgery due to residual or recurrent stones. The gallbladder stump and residual cystic duct stump should be kept in mind when assessing these patients, especially if there is a history of partial cholecystectomy; such patients may present with acute pancreatitis or typical biliary acute recurrent pancreatitis postcholecystectomy requiring appropriate care [11]. The cystic duct stump, is defined as a stump of the cystic duct or gallbladder longer than 1 cm, containing residual lithiasis may cause post-cholecystectomy syndrome and complications including Acute Biliary Pancreatitis (ABP) or Acute Recurrent Pancreatitis (ARP') [12]. The incidence of ABP is estimated to be between 10% and 40% [11,13]. In patients with biliary pancreatitis after cholecystectomy, the differential diagnosis includes residual CBD lithiasis, cystic duct stump calculi, residual vesicular calculi (gallbladder) and dysfunction of the sphincter of Oddi. Endoscopic Ultrasound has been shown to be very effective in diagnosing gallbladder sludge, frequent gallstones and pancreatic pathology. ERCP and Oddi's sphincter manometry should usually be reserved for patients who have previously undergone cholecystectomy and have multiple unexplained episodes and whose endoscopic examination is inconclusive [14-16]. The detection of the stumps of the cystic duct is essentially done using imaging. Imaging techniques used include ultrasound, endoscopic ultrasound, endoscopic retrograde cholangio-pancreatography (ERCP), and computed tomography (CT scan). Ultrasound examination is the first and most widely used. An accuracy of 60% was found in one of the studies for recognition of cystic duct stumps [17]. However; the modality depends on the user (dependent operator). Endoscopic ultrasound has been proposed to reduce the number of ERCP examinations in patients with PCS by about 50%, although this technique requires specific skills, which is a major disadvantage [18]. Preoperative ERCP is performed to look for CBD stones as a cause of PRS. It is also used in cases where the table top cholangiogram has shown an enclave gallstone, and especially when other treatment options are being considered [19]. The CT scan is very effective in identifying lithiasis in the cystic duct stump; however it does not provide more data. MCRP is the technique of choice for identifying the cystic duct stump. It manifests itself as an oblong fluid collection located in the gallbladder bed. For an untrained ocular view, it can be easily assimilated to a normal gallbladder. However, this oblong fluid collection has no continuity with the CBD, which is well illustrated by MCRP. A biloma can also be identified as an abnormality in this type of imaging [8]. In the case of our patient the diagnostic problem was very difficult to solve despite the use of imaging techniques such as CT scan and cholangio-MRI which had objectified the suspicion of papillary and mucinous intraductal tumor of the pancreas (PMITP). The contribution of endoscopic ultrasonography was of great help in detecting and confirming the presence of a very low cystic duct stump associated with two lithiasis, one of which measures 13 mm, which explains the origin of the recurrence of acute pancreatitis as well as the first signs of chronic pancreatitis (Figure 2).

In the case of recurrent acute pancreatitis after previous cholecystectomy, the treatment option could be endoscopic sphincterotomy or resection of either the vesicular stump or the cystic duct stump. It should be noted that a significant number of publications recommend resection of the cystic duct stump or gallbladder in patients with postcholecystectomy syndromes [20]. Total cholecystectomy or "re-cholecystectomy" is becoming increasingly important as definitive treatment of the residual gallbladder stump and can be performed laparoscopically whenever possible [21,22]. Treatment of the cystic duct stump was usually performed by laparotomy, laparoscopy being considered risky due to the presence of a scar at the surgical site. Because of the mastery of laparoscopic surgery, minimally invasive surgery is now considered the treatment of choice [17]. The percentages of re-exploration in laparoscopic cholecystectomy and open cholecystectomy (laparotomy) are identical in the latest study by Sanjay Kumar Saroj et al. [23]. Other reported treatments include ERCP with ES, laser lithotripsy, ESWL (Extracorporeal shock wave lithotripsy) with or without endoscopic stone removal. These treatments are mainly reserved for nonoperable patients and are also limited by the mastery of these techniques (dependent operator) [24]. However, re-surgery can be technically difficult. Endoscopic sphincterotomy was performed in our patient who had visible stones in the residual cystic stump on the endoscopic ultrasonography because this patient had already undergone cholecystectomy by laparotomy and we thought it would be difficult to surgically approach the stump and this indication was dictated by the general condition of the patient who was elderly and being treated for diabetes and high blood pressure.

In patients who have undergone partial or total cholecystectomy for biliary acute pancreatitis, the recurrence of pancreatitis may be related to stones in the stump of the cystic duct. A pathological stump of the cystic duct can be a diagnostic challenge, particularly in the context of chronic pain. The abdominal Ultrasonography may not be as sensitive or specific for a pathologic cystic duct stump; therefore, an alternative imaging modality with MRCP or endoscopic ultrasound may be justifiable to prevent a possible delay in diagnosis.