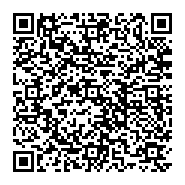 Background: Sinus thrombosis is readily diagnosed with either brain CT venogram or MRI venogram. However, diagnosis can be challenging particularly in comatose patients. Deep cerebral vein thrombosis can be life threatening if not diagnosed and treated at onset. Treatment has risk of hemorrhagic complication, yet the only indication of anticoagulation in the presence of hemorrhagic stroke is cerebral sinus thrombosis.

To the best of our knowledge this is the first case in the literature with severe multiple sinus thrombosis successfully treated with heparin and high dose IV steroids.

Conclusion: Early, diagnosis and treatment of deep cerebral vein thrombosis even if the patient is comatose, gives real chance of recovery.

Cerebral venous sinus thrombosis (CVST) is the presence of a blood clot in the dural venous sinuses, which drain blood from the brain. Symptoms may include headache, abnormal vision, any of the symptoms of stroke such as weakness of the face and limbs on one side of the body, and seizures. The diagnosis is usually by computed tomography (CT scan) or magnetic resonance imaging (MRI) to demonstrate obstruction of the venous sinuses. Testing may be done to try to determine the underlying cause.

Treatment is typically with anticoagulants (medication that suppresses blood clotting) such as low molecular weight heparin. Rarely, thrombolysis (enzymatic destruction of the blood clot) is used. The disease may be complicated by raised intracranial pressure, which may warrant surgical intervention such as the placement of a shunt.

A 62-year-old female presented with gradual, impairment in the level of consciousness for the last three days. Three days before presentation she had increasing headache described as bi-frontal, non-pulsating with nausea without vomiting. Hours before admission her level of conscious rapidly deteriorated and was comatose in emergency room. She was intubated and mechanically ventilated. CT brain without contrast was obtained (Figure 1) and showed bilateral deep grey matter hypo-intensities lesions suggestive of ischemic insult. Initial blood work showed normal blood glucose, serum electrolytes, renal functions, liver functions, PT INR and PTT. Chest X-ray and EKG were unremarkable. Neurological examination revealed a comatose patient intubated and mechanically ventilated not responding to painful stimuli with no signs of meningeal irritation and was afebrile. Pupils were equal and pinpoint with sluggish reaction to light. No other cranial nerves were involved. Powers were 0/5 on both upper and lower limbs. Tone was relaxed with clear extensor plantar responses with no signs of trauma and no evidence of intravenous drug use. Examinations of cardiovascular, respiratory, and abdominal palpation were unremarkable. She has no ankle edema and no palpable lymphadenopathy, and she was not jaundiced. A provisional diagnosis of top basilar syndrome was made. However, the CT brain (Figure 1) was not typical for top basilar syndrome, because of sparing of the occipital cortexes. Urgent MRI (magnetic resonance imaging) brain was obtained which revealed hyper-intense lesions symmetrically involved the thalami and basal ganglia which lead to MRI venogram (MRV), which revealed multiple sinuses thromboses including the deep cerebral veins. See the MRI and MRV (Figure 1). The patient was admitted to ICU and heparin was administered intravenously. Methylprednisolone one gram intravenously was added, once daily for 5 days. The patient remain comatose, intubated and mechanically ventilated with no sign of improvement for 5 days, then she gradually improved and discharged to the ward, Thereafter went home with normal cognitive and motor functions. Her MRI and venogram brain almost normalized after treatment (Figure 2). We are reporting this case for two reasons: first, extensive sinus thrombosis can be treated with intravenous heparin, if diagnosed early. Second, it showed the superiority of MRI on CT scan in diagnosis of deep grey matter lesions particularly the thalami, basal ganglia, and brain stem. Obstacles should not be a barrier for urgent brain or spinal MRI if clinically indicated.

Brain venous system thrombosis is mainly divided into three clinical syndromes. First syndrome, is deep cerebral vein thrombosis which, its main feature is depressed level of consciousness, and which may be preceded by a headache as in our patient. Second syndrome, is superficial sinus thrombosis including superior sagittal and transverse sinuses with sigmoid. The main feature of this syndrome is headache and focal or generalized epileptic seizure whereas depressed level of consciousness is not a prominent feature unless it is due to status epilepticus. The third syndrome, which is often misdiagnosed, is the cortical vein thrombosis. This syndrome is characterized by intractable focal epileptic seizure and mostly confused with herpes simplex viral encephalitis or space occupying lesion, and some cases require brain biopsy for definite diagnosis. One rare but worthwhile mentioning is vein of Lab be thrombosis, the anatomical location of this vein thrombosis can be confused with temporal lobe herpes simplex encephalitis or branch of middle cerebral artery infarction.

De Bruijn and colleagues examined the cognition and functional health of 57 patients with sinus thrombosis one year or more after enrolment in a randomized trial with anticoagulant treatment or placebo, and their conclusion was that outcome after sinus thrombosis may be less favourable than that reported previously and was not significantly influenced by treatment [1]. However, our experience is not in agreement with this conclusion, and others reported satisfactory prognosis [2] Weschlar and others in recent retrospective series showed that most patients with CVT have a favourable outcome with mortality varying between 5% and 10%. Headache and seizure are very common presentations in our population. However, there was no history of seizure in our patient although EEG was not done because we thought there is an obvious cause of her coma and a similar case has been reported before [3]. Headache may be the only symptom of sinus thrombosis. This stresses the consideration of sinus thrombosis in new unexplained headache. The brain insult in the cerebral venous sinus thrombosis started with slowing of cerebral blood flow due the narrowing of cerebral venous sinus lumen. If this continues, it leads to cerebral venous congestion, which in turn will increases the intracranial pressure, leading to as a consequence, ischemic stroke and brain edema with mass effect. This will lead to trans-tentorial brain herniation. At this stage the process maybe irreversible and death is the end result. The job of the physician is to stop this process as early as possible by early diagnosis and treatment. We think anticoagulation arrests the progression of the clot. Therefore, initiation of heparin is recommended as soon as the diagnosis is made, Gala and colleagues reviewed the current endovascular treatment of cerebral venous thrombosis and they recommended the use of anticoagulants initially. For patients with a poor prognosis, local thrombolysis with urokinase or recombinant tissue plasminogen activator should be considered. Ultimately, if the patient is not a candidate for local or systemic thrombolysis, treatment via thrombectomy is advised [4-6].

Neuro ICU admission is recommended till the clinical condition of the patient is stabilized, then oral anti-coagulant should be started. The duration of oral anticoagulant and the optimal target INR, in idiopathic cases is not known. However, most neurologists agree on duration of at least three to six months as lower limit and should not exceed nine to twelve months as upper limit. The optimal targeted INR is above 2 and below 3.5 as most neurologist suggest. If the cause is known, patients should be treated as in some cases, such as hyper-coaguable states, the duration of oral anticoagulant may be live for long. The brain lesions in cerebral venous sinus thrombosis correlate with extension of the sinus thrombosis. The indications of poor prognosis are old age, male sex, depressed level of conscious, CNS infection, malignancy, deep cerebral vein system thrombosis, and hemorrhage on admission scan, which were mostly present in our patient. The role of steroids in sinus thrombosis is not clear. Steroid is worthless in case of ischemic infarction even with massive edema, may be because the edema is cytotoxic rather than vasogenic edema which is the case in venous infarction. Patricial and others in a prospective observational study concluded that steroids are of no benefit in cerebral venous thrombosis, although, this study has many methodological problems. In most cases of sinus thrombosis the etiology is known; however, hypercoaguable states, vasculitis, postpartum states, pueriuparam, malignancies, Infections, paricularly, in pediatric populations, are a common predisposing factors for sinus thrombosis. In this region of the world Benchets disease should not be missed in which diagnosis is solely clinical. Isolated intracranial hypertension with or without papilledema may be the only sign of cerebral sinus thrombosis [7]. The likelihood of recurrent cerebral venous sinus thrombosis is similar to recurrent of deep vein thrombosis [8].

To the best of our knowledge this is the first case in the literature with severe multiple venous sinus thromboses in deep coma successfully treated with heparin and pulse intravenous steroids.