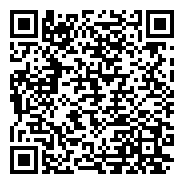 Diagnosis and Treatment of Ebola Virus

Five genetically distinct members of the Filoviridae family responsible for EHF are as follows: Zaire ebolavirus, Sudan ebolavirus, Côte d’Ivoire ebolavirus, Bundibugyo ebolavirus and Reston ebolavirus. The ongoing 2014 West Africa ebola epidemic has been considered as the most serious panic in the medical field with respect to both the number of human cases and death toll. The natural host for ebola virus is unknown, thus it is not possible to carry out programs to regulate or abolish virus from transmission to people. The ebola virus infection provides little chance to develop acquired immunity causing rapid progression of the disease. It is pertinent to mention that at present, there is no antiviral therapy or vaccine that is helpful against ebola virus infection in humans. The impediment of EHF necessitates much better understanding of the epidemiology of the disease, particularly the role of wildlife, as well as bats, in the spread of ebola virus to humans.

The new fatal diseases are being continuously reported in the past decade. Ebola virus diseases (EVDs) have always been a challenge and a global menace since its discovery in 1976 by Dr. Peter Piotin in Zaire, Africa (now Democratic Republic of Congo) from the blood of a catholic nun who suspected of having yellow fever [1]. Ebola haemorrhagic fever (EHF) is a zoonotic disease transmitted accidentally by direct contact with infected live or dead animals. EHF is an acute viral syndrome with fever and subsequent bleeding diathesis marked by high mortality in human and nonhuman primates (monkeys, gorillas and chimpanzees) [2]. Ebola virus is a violent pathogen, a lipidenveloped negatively stranded RNA virus that belongs to the viral family Filoviridae. Exhaustive investigation on EHF in the equatorial region of the Democratic Republic of Congo between 1981 and 1985 pointed out that EHF episodically come out from nature to infected humans. EHF is caused by any of five genetically different members of the Filoviridae family: Zaire ebolavirus (ZEBOV), Sudan ebolavirus (SEBOV), and Côte d’Ivoire ebolavirus, Bundibugyo ebolavirus (BDBV) and Reston ebolavirus (REBOV). Côte d’Ivoire ebolavirus has been accompanied with only one human case. REBOV has only caused disease in non-human primates (NHP) and was found in swine suffering from porcine reproductive and respiratory disease syndrome [3]. Zaire, Sudan and Bundibugyo Ebola viruses are accountable for most of the EHF epidemic but ZEBOV establish a particularly serious threat to both human and NHPs in sub-Saharan Africa. EHF has been associated with large human outbreaks, with case fatality rates for ZEBOV as high as 90%. The 2014 West Africa ebola outbreak is an ongoing epidemic of the EVD in West Africa. The outbreak began in the republic of Guinea in February of 2014. Since its initial outbreaks, the virus has already spread to the republic of Liberia and the Sierra Leone. The 2014 West Africa Ebola outbreak is believed to be the most terrible in medical history with regards to both the number of human cases and fatalities. Presently, there are no approved antiviral drugs or vaccines against filoviruses. The prevention of EHF requires more awareness of the pathology of the ailment, especially the role of wildlife, especially bats, in the spread of Ebola virus to humans. The present review is an attempt to summarize various essential aspects of EVD or EHF. Then you might have a view of the first part, where the causes and threat of antibiotic resistance are discussed [4, 5].

CDC And various other communities and organizations have following suggestions to control the crisis of antibiotic resistance crisis. One percent of the cardiomyocytes in the myocardium possess the ability to generate electrical impulses (or action potentials) spontaneously. A specialized portion of the heart, called the sinoatrial node (SA node), is responsible for atrial propagation of this potential.

The EVD, previously known as EHF is a severe condition caused by a virus belonging to genus Ebolavirus, family Filoviridae and order Mononegavirales [6]. The family Filoviridae comprises of one genus, Filovirus, which contains two species, morphologically identical but serologically distinct: Marburg virus and Ebola virus. There are five Ebola subtypes BDBV, ZEBOV, REBOV, SEBOV and Taï Forest ebolavirus (TAFV) which vary in pathogenicity, antigenicity and genomic constitution. BDBV, ZEBOV and SEBOV have been accompanied with large EVD epidemic near the tropical rain forests of Central and West African distant villages; among these three ZEBOV are responsible for high mortality rates in humans. REBOV and TAFV were not accustomed for illness or mortality in human [7].

The diagnosis of EVD is very difficult as it needs a careful, complete history as well as a full examination. The acute febrile illness is the general appearance in the early part of the disease. In endemic countries, various parameters like travel to jungle, eating or hunting of bats or animals, contact to cave, close exposure with ill persons or dead bodies help in settling the apprehension for ebola virus infection. In non-endemic countries, patient with history of travel to disease prevalent countries or outbreak affected areas, if detecting acute febrile illness, should be assumed for ebola virus infection and diagnosed accordingly. The direct detection of the ebola virus can be performed using immunofluorescent methods, ELISA, immunohistochemistry and PCR [8]. As enormous amount of ebola virus are found in dermal tissues, skin biopsies are considered for post-mortem confirmation of the ebola infection for investigations. Earlier to this serological testing of ebola virus infection was carried out using indirect fluorescent antibody method although this test has difficulty of unambiguity and sensitivity. An IgM capture ELISA assay is further helpful in the detection of acute infections and a direct IgG ELISA assay should substitute the indirect fluorescent antibody for seroprevalence evaluations. In 1995, Dr. Sherif Zaki of the CDC established a colorimetric assay for identification of ebola virus in formalin-preserved skin biopsies from fatal cases of alleged EHF infection. Some supplementary tests, namely, complete blood count, metabolic panels, liver enzymes and coagulation studies are also helpful in the diagnosis. Among the other serological tests, western blot and indirect immunofluorescence tests can also be employed for verification and examination, respectively. Sophisticated diagnostic tests like multiplex PCR and microarray- based assay have also been developed on the basis of the common clinical disorder [9].

There is no precise remedy for EHF. The management of patients with ebola virus infection was a main threat as there was no successful antiviral drug and no specific vaccine was available. The treatment is mainly based on supportive and symptomatic remedy focusing on supplying proper hydration and nutritional support with antibiotics, control of organ failure, and antimalarial drugs if required. Another essential measure includes avoidance of disease spread by severe quarantine of infected person and using impediment nursing operations. Personal protective instruments and surface cleaning, following the safety procedure suggested by CDC directions should be employed in the case where risk of infection is from dead bodies [10]. In a clinical investigation performed late in the 1995 ebola epidemic in Kikwit, blood transfusions of improving patients were administered to eight ebola patients for passive immunization and seven of them stayed alive. Such type of investigations were not repeated in further outbreaks as in vitro assay indicated that antibodies against ebola had no neutralising action. Furthermore, monoclonal antibodies to the GP of ebola virus exhibited defensive and healing properties in mice but they were unable to protect NHP. The animal studies suggest that ebola specific immunoglobulin of equine origin has little activity in hiding viraemia and slowing disease onset in NHP. Goat immunoglobulins were evaluated in pre-clinical test on laboratory animals and were administered to scientist assumed of gaining infection with EHF during their investigational work. It was suggested that these immunoglobulins might be beneficial for the emergency cure of persons inadvertently infected with EHF.

The current outbreak of EVD in West Africa is the largest in history greater than one in duration, and more than 8 months into the outbreak numbers of new reported cases and deaths continue to rise 6. Large increases in population size, increased urbanization with human penetration into previously remote areas of forest and better connectivity of the population internally and across country borders likely contributed to this change.8 If drastic measures to curb it are not taken, the current outbreak could increase by many orders of magnitude, and EVD could even become endemic 6. The main control measures to prevent EBOV spread include isolation of cases, improved contact tracing, increased capacity for clinical care, safe funeral practices, greater community engagement and trust, support from international partners and the availability of an efficacious vaccine.6 Currently, a major international effort is being undertaken in aiding the local response, educating healthcare personnel and the public on infection control practices and establishing treatment facilities in the hopes of increasing survival rates and slowing disease transmission. Evidence-based responses that are adapted to the affected communities52 are necessary to combat this epidemic, as are efforts to support the affected countries’ healthcare systems so that they can respond both to the EVD epidemic and to the many other pressing health needs of the local populations.

The current outbreak can provide the opportunity to improve our understanding of EVD in children by systematically collecting information on disease course and predictors of survival in children of different ages. This could be accomplished through the development and implementation of uniform data collection forms on patient and disease characteristics for those treated at Ebola treatment centers, through the collaboration of local ministries of health and international relief organizations. Information on length of viral shedding in different secretions (including saliva, breast milk and genital secretions) and their potential to transmit disease is also needed to help inform guidance on preventing secondary transmission of EVD.