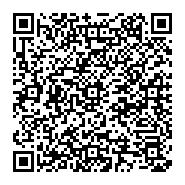 Background: To investigate the efficacy of electrical diaphragm pacing (DP) for sleep condition in patients with amyotrophic lateral sclerosis (ALS).

Method: We investigated 5 Japanese ALS patients without positive-pressure mechanical ventilation (3 men and 2 women, aged 59.6 ± 9.6 years). All of them were implanted NeuRx RA/4 Diaphragm Pacing System R (NeuRx) in the diaphragm laparoscopically. We assessed physical status and polysomnographic recordings before implantation and after 6 months of conditioning with DP turned on.

Results: 4 patients completed the evaluation. Sleep condition showed the tendency to improve far from getting worse despite of deterioration of physical status and respiratory function.

Conclusion: DP with NeuRx might assist the sleep condition in ALS patients at least in 6 months of follow up.

Respiratory insufficiency is a critical problem in patients with amyotrophic lateral sclerosis (ALS). Earlier administration of non-invasive ventilation (NIV) prolongs the survival in ALS patients and is regarded as the standard care [1,2]; however, its effect on quality of life remains to be elucidated. Diaphragm pacing (DP) is used to augment respiration when patients have intact diaphragm motor units and has been applied to patients with spinal cord injury and ALS [3,4]. We have reported the efficacy and safety of DP for Japanese ALS patients and pathological findings of the autopsied case [5-7]. In this article, we focused on the ancillary impact of DP on sleep condition in ALS patients.

This study was ancillary to a prospective, open-labeled, nonrandomized trial for 5 Japanese ALS patients without positive pressure mechanical ventilation (3 men and 2 women, aged 59.6 ± 9.6 years). Eligibility criteria were as for the main study, namely that patients had to be 21 years or older, familial or sporadic ALS diagnosed with laboratory-supported probable, probable, or definite according to the World Federation of Neurology El-Escorial criteria; with bilateral phrenic nerve function clinically acceptable as demonstrated by bilateral diaphragm movement with fluoroscopic sniff test or electrophysiological study; chronic hypoventilation was documented by at least one of the following: FVC less than 50% predicted, or MIP (maximal inspiratory pressure) less than 60 cm H2O, or PaCO2 greater than or equal to 45 mmHg or nocturnal SaO2 less than or equal to 88% for at least 5 continuous minutes; suitable surgical candidate, and negative pregnancy test in female participants of childbearing potential. Patients were excluded if they had cardiac or pulmonary disease that would increase the risk of general anesthesia, or diaphragm abnormality such as a hiatal hernia or paraoesophageal hernia. Additionally, we excluded those who were implanted electrical device such as cardiac pacemaker or defibrillator, and had severe psychological problem including dementia [5,6].

We started DP with NeuRx RA/4 Diaphragm Pacing System R (NeuRx, Synapse Biomedical, Ohio, USA). We did not restrict the concomitant use of other NIV and 2 patients had already been administered NIV at inclusion (Table 1). We implanted DP electrodes into the diaphragm close to the phrenic motor point laparoscopically under general anesthesia according to previous reports [3,8]. In brief, the diaphragm was exposed, the phrenic nerve motor point was mapped, pacing electrodes were implanted, and finally the wires were routed to the external pulse generator. Two pacing electrodes were placed on the motor points of the diaphragm on each side and intraperitoneal electrode. We continued DP for 24 hours a day. Diaphragm contractions were induced by delivering trains of stimuli with the conditions of: frequency, < 20 Hz; pulse width, < 200 μsec; and intensity, < 25 mA, as tolerated.

Table 1: Demographics and disease characteristics of patients at inclusion.

For the ancillary sleep study, reported here, one-night laboratory polysomnographic recordings (PSG, Philips Respironics GK, Japan) within 1 month before (SS1) and 6 months of DP (SS2) were performed. At SS1 the sleep study was performed with NIV for those patients using NIV. As SS2 the sleep study was again performed with NIV for those patients using NIV (there was no change in the patients using NIV at SS1 to SS2). Additionally, DP was used during the PSG for all patients at SS2. Statistical analysis was performed using paired t-test and significance was set up p<0.05. This study was approved by the Review Board of Tokushukai Medical Alliance, and the patients provided written informed consent in accordance with the Declaration of Helsinki before implantation.

4 patients (2 men and 2 women, aged 59.5 ± 11.0 years) completed to evaluate sleep condition because one patient (No. 3) withdrew because he was introduced mechanical ventilation with tracheostomy triggered by an accidental aspiration. All patients met the inclusion criteria for chronic hypoventilation and demonstrated bilateral phrenic nerve function as demonstrated by electrophysiological studies.

The use of DP after 6 months was as follows; frequency 12Hzpulse width 63.1 ± 26.3 μsec (20 to 80 μsec), intensity 10 ± 1.6 mA (6 to 11 mA). Neither modification of already administered NIV nor new administration of NIV were observed in a follow up period. Riluzole, a tetrodotoxinsensitive sodium channels blocker, had been administered for at least three months before the implantation in all patients.

According to the progression of ALS, motor function and vital capacity deteriorated with significance, however, PaCO2 did not elevate significantly. Regarding sleep condition, total sleep time (TST, min), sleep latency (min), Stages 1-2 duration (% TST), REM sleep duration (% TST), and time spent with SpO2 under 90% (min) showed no significant difference between the couple of polysomnographic studies, which indicated that the first-night effect was negative. On the other hand, arousal index (AI, per hour) declined in all patients. In addition, apneahypopnea index (AHI, per hour) and wake after sleep onset (WASO, min) declined in 2 patients and was similar in other 2 patients (Table 2 and Figure 2). 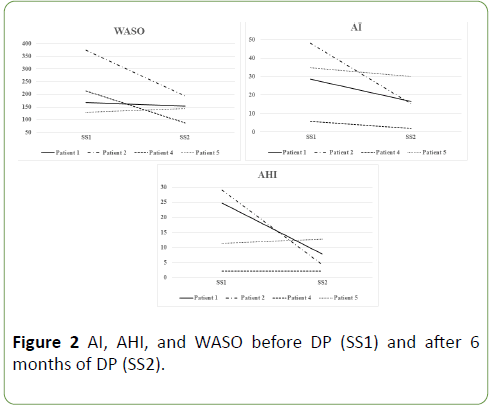 Table 2: ALSFRS-r, respiratory variables, and sleep condition in before DP (SS1) and after 6 months of DP(SS2).

This is the first study of the efficacy of DP with NeuRx on sleep condition in ALS patients from Japan. Our study was small; however, our results confirmed the previous research with a longer period of evaluation [9]. Additionally, this is the first study, worldwide, to beneficial effect of active DP for sleep. The previous research compared sleep before and after diaphragm conditioning, but without DP active during the PSG.

This study showed a trend toward improvement in sleep with active DP, despite continued progression of ALS. As CO2 expiration depends mainly on internal intercostal muscles, DP has little relation with CO2 level and the compensation with respiratory rates might prevent CO2 accumulation. Therefore, the combination uses of BiPaP and DP may be optimum to prolong the survival.

Based on the results of a multicenter study compared with published historical data for NIV as the control [1], the US food and Drug Administration approved NeuRx for humanitarian device exemption in 2011 [10]. To the contrary, the combination of NIV and DP with NeuRx was less effective than NIV alone for survival in randomized-controlled trial in the UK [11]. Another trial in France showed that DP with NeuRx had no benefit on quality of life and improvement of survival [12].

The heterogeneity of clinical features and course of ALS might influence the different results observed in these clinical trials. In addition, the difference of the percentage of bulbar palsy or definite ALS patients, and the average age between groups could attribute to this discrepancy [11,12]. We have to identify the suitable clinical form of ALS, appropriate timing of introduction, and proper condition of stimulation for DP with NeuRx in future.

DP with NeuRx could prevent worsening of sleep condition at least 6 months from DP. Further investigation should be necessary to identify the optimal target patient of ALS and way of pacing with NeuRx.