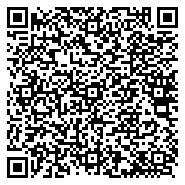 Methods: We studied 856 consecutive patients with ischemic stroke admitted to our two hospitals over a 5- year period. We excluded patients who had potential cardiogenic source of embolism. The information about potential vascular risk factors, such as age, sex, arterial hypertension, diabetes mellitus, hyperlipidemia, cigarette smoking, and alcohol consumption, was obtained from medical records. We determined the location and severity of atherosclerotic lesions on MR angiography (MRA). The presence of atherosclerotic lesion in intracranial cerebral arteries and extracranial carotid artery was defined as 50% or more narrowing of luminal diameter or occlusion on MRA. We compared the vascular risk factors between patients with extra- and/ or intracranial atherosclerosis and those with no atherosclerotic lesion.

Intracranial atherosclerosis has been more often found in Asians, Hispanics, and African Americans, compared with Caucasians [1,2]. Inzitari et al. [3] reported that race was the only factor that was independently associated with the location of the atherosclerosis in the cohort of the EC/IC study. However, in the Northern Manhattan Stroke Study, non-white race was not an independent risk factor for intracranial atherosclerosis [4]. The information on whether race is an independent factor for these lesions has been less wellstudied. Besides race-ethnicity, the role of other risk factors that can be related to the distribution of atherosclerosis is also under debate. Most previous studies included different race populations and sought a difference between races or between populations with intracranial lesions and those with extracranial lesions [5,6].

Although race plays an important role in determining the sites at which disease is predominant, we speculate that factors other than race determine whether a patient develops occlusive cerebrovascular disease. All of our patients were from a single racial population (Korean) and racial differences did not influence our results.

We reviewed the findings on MR angiography (MRA) in each patient with ischemic stroke and compared potential vascular risk factors between patient subgroups according to the locations of atherosclerotic lesions. We sought specific vascular factors that influenced the distribution of the atherosclerotic lesions and determined if there were the factors related to the extra- and intracranial atherosclerosis in Korean stroke patients.

The patients were identified from a prospectively collected computerized stroke registry of 1212 consecutive patients with ischemic stroke who were admitted to Eulji University Hospital between May 2011 and April 2014. We excluded 271 patients who had potential cardiogenic sources of embolism such as atrial fibrillation, valvular heart disease, sick sinus syndrome, myocardial infarction and 15 who had stroke due to unusual cause such as venous stroke, moyamoya disease, arterial dissection, and vasculitis. We also excluded 70 patients who did not undergo MRA. Finally, 856 patients were included in this study.

Two sets of MRA using the three-dimensional time-of flight technique were performed separately at the circle of Willis level, which shows the intracranial arteries and the cervical carotid levels, that showed the extracranial arteries. We determined the location and severity of atherosclerotic lesions on MRA. The percentage of stenosis was calculated using the luminal diameter at the point of great stenosis to the normal part of the artery just distal to the narrowing [7]. The presence of atherosclerotic lesion was defined as 50% or more narrowing of luminal diameter or occlusion on MRA. The origin of the vertebral artery could not be accurate evaluated because of the limitation of MRA that did not include the origin of vertebral artery. Angiographic findings were interpreted by two readers blinded to clinical data, and an acceptable level of agreement for the presence of an occlusive lesion on was found (k = 0.92, p< 0.05). In case of disagreement, the reading was determined by consensus.

Demographic data and potential vascular risk factors for each patient were obtained from the stroke database and medical records. Hypertension was defined as a systolic blood pressure ≥140 mmHg and/ or a diastolic blood pressure ≥90 mmHg based on repeated measurements or previous diagnosis and antihypertensive drug use. Diabetes mellitus was diagnosed if patients had a history of insulin or oral hypoglycemic agent use, or if fasting blood glucose was above 7.0 mmol/L (126 mg/dL). Hyperlipidemia was defined if patients had previous diagnosis and cholesterol-lowering drug use, or if total serum cholesterol level on admission to the hospital was above 5.7 mmol/L (220 mg/dL). We also collected information on smoking (current or past) and heavy alcohol consumption (≥2 drinks per day).

A χ2 test was used to assess a difference of categorical data between the subgroups. The numbers of expected frequencies in each cell of the contingency table were more than 5. Group means were compared by the 2-tailed t test. Normality of each variable was observed on the Kolmogorov-Smirnov test.

Logistic regression models were used to assess the independent factor related to the site of the atherosclerotic lesions (intracranial atherosclerosis, extracranial carotid atherosclerosis, or combined extracranial carotid and intracranial atherosclerosis), and to estimate odds ratio (OR) and the 95% confidence interval (CI). To adjust for the effects of other factors, age (≥ 65 years) was fitted as independent dichotomous variables. We used logistic regression models including the potential 7 variables above, with the Bonferroni correction used for multiple comparisons when appropriate. The Hosmer-Lemeshow goodness-of fit χ2 test was used to assess the model fit. Reference group for all models comprised patients without atherosclerotic lesion. The values of p < 0.05 were considered significant. All statistical analyses were performed with the use of commercially available software (SPSS-PC, Version 14.0; SPSS Inc, Chicago, Ill).

Table 1 Different vascular risk factors according to the locations of atherosclerotic lesion on MR angiography.

Table 2 Odds ratio and confidence interval on multivariate logistic regression according to the presence of the atherosclerotic lesions.

Diabetes mellitus was also the only associated factor with the intracranial atherosclerosis in 246 patients who had stenoocclusive lesions only in intracranial ICA, MCA, or BA, compared to those without intracranial steno-occlusive lesion. (OR, 2.30; 95% CI, 1.45 to 3.66; p=0.001; Hosmer-Lemeshow goodness-of-fit χ2=9.79; df=8; P=0.89).

Our results showed that diabetes mellitus was the significant factor associated with intracranial atherosclerosis. Diabetes mellitus has been well known as a major risk factor for ischemic stroke. It is known from case-control studies of stroke patients and prospective epidemiological studies that diabetes has an independent effect on ischemic stroke with an increased relative risk in diabetics ranging from 2 to nearly 6- fold [8].

One of the authors reported similar results that diabetes mellitus was associated with combined intracranial atherosclerosis in patients who had steno-occlusive extracranial carotid artery disease, although different study population and the other angiographic method were included [16].

Besides race-ethnicity, however, the role of other risk factors that can be related to the distribution of atherosclerosis is also under debate among past several studies. The risk factors related to intracranial atherosclerosis were hypertension, smoking, and serum cholesterol in some studies [17,18]. Other studies showed that hypertension, coronary artery disease, serum cholesterol, and smoking were associated with extracranial atherosclerosis [19-21]. Most previous studies included different race populations and sought a difference between races or between populations with intracranial lesions and those with extracranial lesions.

Some limitation in this study should be discussed. The main limitation is inherent to its cross-sectional design, that is; it does not permit the identification of true risk factors. The authors use ‘factors associated with (or related to)’ intra- and extracranial atherosclerosis instead of ‘risk factor’. Most of the included patients were admitted to our hospital for acute stroke. Complete cardiac work-up cannot be performed in all patients. Moreover, cardioembolic mechanism cannot be completely excluded even if there is no definite abnormality in cardiac evaluation. Embolic occlusion with partial recanalization can angiographically resemble stenosis, especially in the acute phase of stroke. The other limitation was that results did not include quantitative information about each vascular factor, for example, the duration and severity of disease or exposure, or the effect of medication because of the retrospective review.

In conclusion, our data suggest that the factors related to extra- and intracranial arterial lesions are different. Diabetes mellitus may be associated with the development of intracranial atherosclerosis, which is predominant in Korean stroke patients.