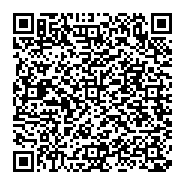 Background: Electroencephalogram (EEG) serves a vital role in screening and diagnosing epileptic patients because it is a noninvasive tool to reveal the aberrant cortical excitability underlying epilepsy. To compare EEG results in adult neurophysiology units, Neurology department, Fayoum university hospitals according to the specialty of referring physicians. This retrospective survey included 1413 consecutive EEG referrals to exclude epilepsy. Epileptic patients admitted for EEG repetition for follow-up concerns were eliminated. Patients were classified into Four groups of EEG referrals. Group I was referred directly by neurologists, group II by psychiatrists, group III by neurosurgeons, and group IV was referred by physicians of other specialties.

Conclusion: Review of EEG referrals by neurologist leading to a decrease in the number of normal EEG results and better stream of diagnosis and management. Incorporating data from referral reports with detailed history taking and provisional diagnosis is recommended to decrease the number of improper EEG referrals for non-epileptic patients by better using healthcare resources.

In combination with the increasingly outstanding array of other diagnostic procedures developed over the past 30 years, the electroencephalogram (EEG) plays a vital role in diagnosing and treating patients with seizure disorders. Its key benefits are that it is a handy and non-invasive technique to illustrate the physiological symptoms of aberrant cortical excitability that emphasize epilepsy [1].

Non-epileptic paroxysmal abnormalities may present clinically in the same way as epileptic seizures and should be addressed in the differential diagnosis of epilepsy like syncope, migraine, parasomnia, and other disorders [3]. EEG is also a useful diagnostic tool in psychiatric practice if there is comorbidity between serious mental disease and epilepsy. In addition, some acute and sub-acute brain diseases may produce emotional or cognitive core symptoms; lastly, their association with the classification of psychiatric disorders [4].

Because of possibly occurring EEG limitations and diagnostic errors, there will be a low yield of data available that might be beneficial in treating people with seizure disorders. It is vital to understand that a normal EEG does not exclude epilepsy since roughly 10 percent of people with epilepsy never display epileptiform discharges. Furthermore, an abnormal EEG demonstrating interictal epileptiform discharge (IED) does not indicate that a person has a seizure disorder, as IED is seen in a small percentage of normal subjects who never developed epilepsy. IED may also be observed in individuals with neurological disorders that are not complicated by epilepsy [1].

This research aimed to compare the EEG results in adult neurophysiology units, the Neurology department, Fayoum University hospitals according to the specialty of referring physicians.

This retrospective study included (1413) de novo patients with epilepsy and query epilepsy referred to the adult neurophysiology unit, Neurology department, Hospitals of Fayoum University, from November 1, 2017, to the end of November 2020.

All de novo epileptic or query epileptic patients who presented with single or recurrent provoked or unprovoked seizures were included. Clinical diagnosis of new-onset epilepsy when the physician was utilizing EEG to define epilepsy or to help in selecting antiepileptic medication was included in this study. While Patients with established epilepsy referred for EEG repetition for treatment reasons were omitted.

Fig 1: Patient's groups according to specialties of referring physicians.

EEG data were gathered and encoded in Microsoft Access, and data analysis was carried out on Windows 7 using SPSS software version 22.0 Armonk, NY, USA. For qualitative data, a simple descriptive analysis was done using numbers and percentages. Arithmetic means were used to characterize quantitative data. To compare qualitative categories such as sex, the Chi-square test was utilized. The significant level of p 0.05 was deemed to be the cut-off value.

Tab. 1. Number of EEG referrals according to specialties with a gender distribution.

This study revealed a statistically significant difference (p-value <0.05) between study groups regarding EEG referral interpretation results. A higher percentage of abnormal EEG was noticed among neurologist referrals relative to other groups (Tab. 2 and Fig. 2).

Fig 2: Yield of EEG referral interpretations among neurologists and other specialties groups.

Our study revealed a statistically significant difference (p-value <0.05) between group I patients referred by neurologist and other groups refereed by a psychiatrist (group II), neurosurgeons (group III), and those referred by physicians of other specialties (group IV) with a higher percentage of abnormal EEG reports were noticed among neurologist referral. These results agreed with Gurbani NS, et al. [5], who found that EEG referrals reviewed by a neurologist revealed more EEGs with epileptiform activity when EEGs were recommended directly by a neurologist. This result emphasizes that the expertise in epilepsy of a neurologist has a key role in establishing the right EEG referrals compared to other referrals from different specialties physicians.

Our investigation indicated a high output of normal EEGs referenced directly by non-neurologists in groups II, III, and IV (69.4%, 66.2%, and 74.8%, respectively). The findings of this investigation come in accord with those of studies reported from other community EEG labs. Airoldi L, et al. [6] analysed 290 adult EEGs and revealed that 67% of the EEGs were categorized as normal. Smith D, et al. [7] from the UK revealed 65% normal EEGs in their investigation. According to Gurbani NS, et al. [5], in both the pediatric and adult groups, 200 individuals (100 pediatric and 100 adult EEGs) revealed a high yield of normal EEGs referred directly by non-neurologists (77% and 69%, respectively).

All of these studies showed that EEGs are used indiscriminately in the community, and primary health care professionals do not reliably clinically identify seizures and rely on the diagnostic usefulness of EEGs for any patient with paroxysmal disorders.

Nicolaides P, et al. [8] conducted an audit of EEG requests in general pediatrics and found that two-fifths of the inquiries were incorrect, and 50-60% of referring doctors believed the technique could diagnose or rule out epilepsy. According to a prospective study of 850 children admitted to neurologists, 92 % with seizures could be clinically identified primarily on history [9]. This implies that if clinicians relied more on their patients' histories, they would prescribe fewer EEGs.

In conclusion, this research found substantial discrepancies in EEG results between non-neurologists and neurologists, with a higher percentage of abnormal EEG reports, were noticed among neurologist referrals relative to non-neurologists.

This emphasizes our recommended approach of neurologist screening of EEG referrals requested by nonneurologists to reduce the proportion of usual EEGs and produces results similar with neurologists and could beneficially incorporate such reporting data on the stream of diagnosis and management.

This would implicate that careful review and inclusion of non-neurologists' referral reports received with a neurologist's request for an EEG may minimize the number of incorrect EEG referrals of non-epileptic patients. This would result in normal EEG results and ascertain health care provider cooperation for more accurate diagnosis and management, reduce the diagnostic error and utilize healthcare resources appropriately. In order to guarantee the correct use of EEG, coordination between non-neurologists and neurologists on the patient's clinical status is critical. Also, the training of general practitioners may minimize the frequency of unneeded EEG requests.