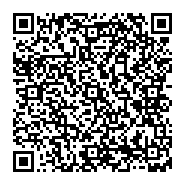 Conclusions: In this study we found that the Exons 50, 51, 48 and 52 are most frequently deleted. The frequency of deletions in exon 50 (21.31%) was the most common deletion frequently associated with our Bangladeshi sample males. This study will help to set up an effective platform for prenatal diagnosis in Bangladesh.

Duchene muscular dystrophy and Becker muscular dystrophy are allelic X-linked recessive disorders that are caused by mutation of the DMD gene that located at Xp21 [1]. It is the most common in childhood muscle disease in children and the proportional value of 1:3500 lives male births [2]. Both DMD and BMD are caused by mutations in the Dystrophin gene, which is the largest human gene, spanning 42,200 kb on the X chromosome and occupying roughly 0.1% of the genome [3]. The DMD gene contains 79 exons encoding a 14,000 bp messenger RNA transcript that is translated into the protein Dystrophin. The Dystrophin is localized on the cytoplasmic surface of the plasma membrane of skeletal and cardiac muscle cells [4]. Dystrophin in the sarcolemma of muscle fibers, is almost absent in DMD and decreased in BMD [5]. Disruption of the blood-brain barrier has been seen to be a noted feature in the development of DMD [6]. Random inactivation of one of the two X chromosomes occurs during early embryonic development, leaving active 50% of the maternally derived chromosomes and 50% of the paternally derived ones [7]. Non-random X-chromosome inactivation induces fewer than 50% of the nuclei which may have the normal dystrophic gene, resulting in clinical manifesting female carriers [8]. Majority of large deletions initiate at the 5’ region of the dystrophic gene, for example: large deletion of introns 2 to 42. Increased breakpoint frequencies near the 5’ end are largely due to large sizes of some introns [9]. Patients with deletions in the amino terminal domain I typically had low protein levels and are very severely affected irrespective of disruption or maintenance of the reading frame, thereby suggesting this domain is functionally critical part of the dystrophic, while loss of just the carboxyl terminus often caused BMD [10]. Previous reports suggest that large deletions account for approximately 65% of DMD mutations and 35% of BMD mutations [4]. Studies of Duchene muscular dystrophy (DMD) prevalence suggest estimation of 0.1% in South Africa, 10.5 to 1.0 % in Asian countries, 0.7% to 1.0 % in North America and 0.2% to 2.8 % in European countries [11].

Most of the patients with DMD related lived in rural area and below poverty line and have no data record of this disease in Bangladesh. The current methodologies used for detecting mutations in the dystrophic gene including multiplex PCR, Southern blotting, multiplex ligation-dependent probe amplification [12-14].This study is first time analysis common DMD/ BMD gene analysis in Bangladeshi population. Firstly, patients came to hospital with their child with different types of problem facing such as most of the child are not capable to stand up, no properly sit down, delay growth development, muscle pain and so on. Genetic testing is always necessary even if DMD is first confirmed by high Cpk value. In this study we screened majority of the deletions (81.2 %) were located at distal hot spot region that encompasses exons 42-53 and 9.5% of the deletions were located at the proximal hot spot region (exons 2-19). Exons 48, 50, 51 and 52 are most frequently deleted. The frequency of deletions in exon 50 (21.31%) was the most common deletion frequently associated with our Bangladeshi sample males.

61 blood samples were collected from the patients with high cpk value or muscle biopsy that indicated to problem of DMD/ BMD. The patients who came to Dhaka Shishu Hospitals for treatment were selected as subjects. Written informed consent was taken from all participants to make the study ethically sound (Figure 1 and 2). The Peripheral blood was collected into EDTA containing tube. Blood samples from patients were stored in 4°C. DNA was isolated from peripheral blood using [email protected] Genomic DNA Purification Mini Kit (Genera, USA). This method relies on phase separation by centrifugation of a mix of the aqueous sample. The kit was used according to the manufacturer’s instructions. Extracted DNAs were tested to determine the purity and concentration of DNA per micro-litter volume through Qubbit 2.0 Fluor meter. This extracted DNA samples stored in -200 C for long time (Table 1 and 2). Figure 1: Graphical Representation of Frequency (%) of Clinical Data among Participants. Figure 2: Graphical Representation of Frequency of Exon Deletion among Participants

10μl of the pcr product are loaded on 2% agarose gel TAE buffer with Ethidium bromide solution and run at 100 volt and 300 at for 30 min. In addition, bands are visualized on UV transiluminator and then photographed by using photo documentation system. All samples were analyzed with positive and negative controls for particular mutation. An 861bp internal control band was also amplified in all reactions indicating successful PCR.

Our study was undertaken for first time in Bangladesh to detect the DMD/BMD exon deletional mutations in Bangladeshi population.

The main symptom of DMD was muscle weakness associated especially those of the hips, pelvic area, thighs, shoulders, and calves in study subject. Muscle weakness also occurs later, in the arms, neck, and other areas. Calves are often enlarged.DMD/BMD patients in our study experienced various types of clinical problem. Muscle weakness (15.09%), stand up problem (11.32%), growth problem (26.42%) were commonly experienced clinical problem among study subjects where growth problem (26.42%) had been found to be most prevalent. In this study the majority of exon mutation occur in exon 50 and their physiological effect for the deletion of exon 50 were identified they were – muscle weakness , weakness in upper limbs , stand up problem, difficult in sitting. The mutation of exon 51 and 48 was also frequent occurred disorder , their frequency were about 16.39% and 14.75%.The physiological effect for the deletion of exon 51 and 48 were identified they were – muscle weakness, mild mental retardation , weakness in limbs , pain in legs and weakness in four limbs. The deletion of exon 48, 52, 47 , 19 , 43 were mild frequent occurring disorder and their physiological defect were - Movement Problem , Calf muscle hypertrophy , weakness in four limbs , Difficult in sitting and so on. The deletions of exon 44, 45, 6, 46 were identified as less frequent occurred disorder but they present in a numbers of population. From this study we concluded that the frequency of deletion in exon 50 (21.31%) was the most common deletion frequently associated with our Bangladeshi sample males.

This study provides the pattern of dystrophic gene deletion from Bangladeshi population which responsible for various kinds of muscle disorder , this study will be helpful in molecular diagnostics for prenatal diagnosis and prevention of genetic disorder by proper counseling in different areas of Bangladesh. I think that MPLA method is rather best method than Multiplex PCR method to analysis Dystrophin gene