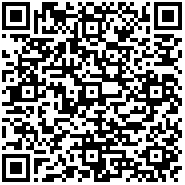 Hirschsprung's disease (HD) is a congenital illness with a reported prevalence of one in every 5000 people and a female to male ratio of one to four.

• Ganglion cells are absent in the myenteric and sub mucosal plexuses of the gut.

• Functional intestinal blockage due to a lack of peristalsis.

Because it is such a rare disease, studies usually only cover a small number of patients and do not contain gender-specific analysis. Patients with HD are typically diagnosed and undergo surgery while still in the womb. In recent decades, Transanal Endorectal Pull-Through (TERPT) has become one of the most prevalent surgical procedures for HD. In gender-mixed populations, both short-term results after TERPT, such as anastomotic leakage, bowel blockage, and perineal excoriation, as well as long-term outcomes, such as bowel function, have been examined.

The first goal of this study was to see if utilising low-osmolality water-soluble contrast enemas (WSCE) instead of BE to investigate HD in neonates and infants was safe. The second goal was to create a score system to increase the WSCE's diagnostic accuracy in detecting Hirschsprung Disease (HD).

Hirschsprung disease is characterised by a disruption of neural crest cell migration and differentiation at the level of the enteric nervous system, which is regulated by the RET gene and its ligands. The nerve plexuses are completely devoid of ganglion cells as a result of this abnormality. It causes the gut to become overactive due to the constant release of acetylcholine. As a result, the narrowed (affected) colonic tube continues to contract.

Hirschsprung disease is diagnosed using a combination of clinical signs, radiographic evidence, and histological analysis of a biopsied sample. Indeed, the absence of ganglion cells in the submucosal and myenteric plexus is associated with hypertrophy of nerve fibres in the aganglionic segment, which is confirmed by histopathologic analysis of the rectal biopsy. Ganglion cells are polygonal cells with a large nucleolus, copious fibrillar eosinophilic cytoplasm, and an eccentric nucleus. A minimum of two biopsies with a diameter of 3mm should be necessary. Mucosa and submucosa should both be present in the biopsy. To avoid tissue loss between cutting stages, it should be carefully oriented and included in the correct axis. Biopsies should be taken at least 2 cm above the dentine before surgery. This area is physiologically devoid of GC and shows physiological hyperplasia of the nerve fibers. Conventional histopathology with hematoxylin-eosin (H and E) stain is commonly used in the diagnosis of Hirschsprung disease [1-5].