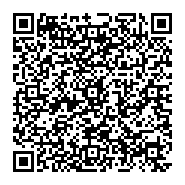 Obesity is a serious public health challenge. In recent years various strategies for treatment of obesity are researched. Because oflimitations of drugs currently available, new preparations for treatment are searched (especially safe natural products). PinnoThinâ„¢,Korean pine nut oil with high content of pinolenic acid, was subjected to two studies, which evaluated its influence on satiety hormonescholecystokinin and glucagon like peptide 1. The results of the studies confirmed, that pine nut oil is capable of increase ofsatiety hormones release and therefore it suppresses appetite. It does not have any effect on hunger inducing factor ghrelin. Thestudy of toxicity showed that pine nut oil is not toxic and so it is safe for obesity treatment.

The prevalence of obesity and overweight is rising rapidly. According to the World Health Organisation (WHO) overweight affects 30–80% of adults in the countries of the WHO European Region. About 20% of children and adolescents are overweight, and a third of these are obese. It is serious public health challenge in the WHO European Region (4). Obesity is frequently associated with the pathogenesis of many widespread diseases including diabetes mellitus, ischemic heart disease, dislipidemia, arthritis, atherosclerosis, several common forms of cancer, and hypertension [4,8,19]. Excessive intake of energy results in an increase in body weight. The WHO classification of overweight and obesity is based on body mass index (BMI - the weight in kilograms divided by the square of the height in meters kg/m2. The normal BMI range is from 18.5 to 24.9 kg/m2. The values above 30 kg/m2 are considered as obesity and feature higher risk of comorbidities [11].

In recent years various strategies of obesity treatment are researched. These strategies are based on different mechanisms: reduction of lipid absorption and energy intake, increase of energy expenditure, reduction of pre-adipocyte differentiation and proliferation and modification of lipogenesis and lipolysis [25]. There are two types of obesity-treatment drugs available on the market. The first type of drug is orlistat (trade name Xenical), which reduces intestinal fat absorption through inhibition of pancreatic lipase and the second one is sibutramine (Reductil, Meridia, Sibutrex, Sibutril,...), which is appetite suppressant. Both drugs have unfavourable side-effects. This year sibutramine was suspended by Food and Drug Administration and European Medicines Agency on the basis of negative results of the study Sibutramine Cardiovascular Outcome Trial [2,12,19]. That is why the researchers are focused on exploration of new effective and safe anti-obesity drugs.

This review concerns the strategy of reduction (control) of food intake by the use of natural substances suppressing appetite. The main role in food intake control play cholecystokinin (CCK) a short-term satiety hormone which releases in proximal part of small intestine from duodenal entero endocryne cells as a reaction on fatty acids or proteins intake, and glucagon like peptide 1 (GLP-1) which releases in distal part of small intestine and is involved in the control of feeding centres as an anorexic agent. These two substances induce satiety [3,15]. On the contrary, ghrelin, a gastric endocrine hormone, is a potent hunger inducing factor that circulates in bloodstream [21]. In connection with the influencing of CCK and GLP-1 release free fatty acids (FFA) are studied [9,20]. Several studies testing the influence of different types of fatty acids were published. The results of these studies demonstrated that C12 FFA produce more potent effect than FFA of a chain length of C10, polyunsaturated fatty acids (PUFA) are more efficient in comparison with monounsaturated (MUFA) and saturated (6,13). Consumption of food rich in un-saturated fats can be therefore beneficial for the anti-obesity therapy. Nuts are low in saturated fat (<7%) but very rich in unsaturated fats (40–60%), mainly polyunsaturated in walnuts and pine nuts, and monounsaturated in almonds, hazelnuts, pistachios and peanuts [14]. One of the most interesting PUFA is pinolenic acid (18:3, Δ5,9,12) which occurs in pine nuts. The content of pinolenic acid was determined in seeds of many species of pine trees, e.g. Pinus koraiensis (11.1-14.9%), P. pinaster (7.1%), P. cembroides edulis (0.36%), P. pinea (0.16 – 0.37%) [1,16,22,23,24]. On the basis of these results, researches chose P. koraiensis as a source of oil with high content of pinolenic acid. PinnoThin™ is a natural oil pressed from Korean pine nuts and containing 92% of fatty acids (64% PUFAs – 15% pinolenic acid, 24% MUFAs). Two studies concerning the influence of PinnoThin™ on food intake and appetite suppression were proposed for the evaluation of the possibility of use of this natural product as anti-obesity drug [10,17].

Comparison of the studies

Both studies were designed as randomised, placebo-controlled, double blind cross-over trials. The participants were randomly assigned to the intervention groups, with age and BMI equally distributed over the treatment groups. The baseline characteristics of the subjects (women) participating on the studies are summarized in Table 1.

Table 1: Baseline characteristics of the subjects.

The aim of both studies was the evaluation of Korean pine nut oil influence on appetite. Prior to the study, Pasman et al. implemented an in vitro test of effect of fatty acids (oleic acid, linolenic acid, alpha-linolenic acid and capric acid – negative control) and pine nuts oils (Korean pine nut oil - PinnoThin™, Italian stone pine nut oil – P. pinea) on CCK release from murine endocrine cells (STC-1). The STC–1 cells were exposed to 50 μM fatty acids for 1 hour. The highest amount of released CCK was observed in Korean pine nut oil, while the activity of the second tested oil was comparable to the negative control. These results confirmed the suitability of PinnoThin™ for in vivo studies.

In Pasman’s study, Korean pine nut oil was administered in form of FFA (capsules with 3 g of FFA) or triglycerides (capsules with 3 g of TG). Olive oil was used as placebo (3 g). Subjects received capsules in combination with a light breakfast. 0, 30, 60, 90, 120, 180, and 240 minutes after administration the amount of released gut hormones CCK and GLP-1, peptide YY (PYY) and gastric hormone ghrelin was measured in the collected blood of the subjects. Immediately after each blood collection, the subjects completed 100 mm visual analogue scale (VAS), which is used for quantification of appetite sensations [7].

Pasman et al. observed the effect of PinnoThin™ after the breakfast while Hughes et al. monitored food intake during lunch and supper. Participants attended the study centre 3 times per day to control their food intake. At 8:30 they consumed a fixedloaded breakfast (496 kcal), 3.5 hours after breakfast they get 6 capsules with 2 g of FFA, 2, 4, 6 g of TG or placebo (olive oil) with 200 ml of water, and half an hour later ad-libitum lunch was served. 4 hours after lunch hot ad-libitum supper was served. Participants were asked to consume as much as they wanted for lunch and supper. There were no food restrictions between supper and midnight. The participants completed VAS throughout the day.

The administration of 2 g of FFA PinnoThin™ 30 minutes before lunch decreased food intake by 9% (in grams). It came also to decrease of energy content of consumed food (by 7%, 50 kcal). TG form of PinnoThin™ also decrease appetite via higher CCK release. Lipase convert TG to FFA (TG is digested and FFA are released). There were observed no significant effects on subjective evaluation of hunger, fullness, satisfaction, desire to eat, prospective consumption, thirst or nausea. No signs or symptoms of serious adverse events due to the study product were reported [10].

The longer time needed (30 min) for TG effect could be probably explained by conversion of TG to FFA by lipase (TG is digested and FFA are released). The effect after administration of 2 g of FFA is equal to effect of 3 g of TG. However, in this study, the digestion of pine nut oil TG to FFA form was not assessed and exact amount time needed for digestion is not known [10].

The study of Speijers et al. designed the study evaluating the toxicity of Korean pine nut oil (Pinnothin TG™). Both tests were performed in compliance with Good Laboratory Practice, and in line with OECD guidelines applicable. Nut consumption is popular worldwide. Pine nuts have long been constituent part of the diet of many cultures (10). That is why the consumption of the Korean pine nut oil should be safe. In the sub-chronic toxicity study, no clinical sights, abnormalities in functional observation test or ophthalmologic examinations or changes in body weight or food intake were noted at any of doses. No toxicologically significant changes were noted in haematological parameters. In in vitro reverse mutation test (Ames test), showed no significant dose-related increase in the number of revertants in two independently repeated mutation assays. Based on these results in has been concluded that Korean pine nut oil is not mutagenic in the Escherichia coli and Salmonella typhimurium reverse mutation assays (18).

PinnoThin™ shows satiating effects via CCK and GLP-1 release (acute effect on satiety during the food or immediately after the food). The induction of GLP-1 from the distal part of colon have higher importance for suppression of food intake after food due to the permanent feeling of satiety between the meals. Decrease of energy content of consumed food by 50 kcal is significant, because the average increase in body weight (in women population) corresponds to energy imbalance only 10 – 50 kcal per day (5).

The results show that 3 g of PinnoThin™ increase the release of CCK and GLP-1 for 3 hours. This may lead to a reduced prospective food intake suggesting that pine nut FFA and TG may act as an appetite suppressant in overweight women.