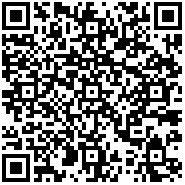 Before there was any science to explain empirical observations, the immense powers of medicine were derived from the mysterious positive effects of medication. Even when humans began to realize that their existence and well-being depended to considerable extent on what was going on inside their heads, they turned to mystical reasoning, promoted by the theological institutions. Only during the past two hundred years has science, as we know it today, become a dominant force of reason and rationality. Medical schools were the first to flourish. Following the industrial revolution, engineering has been given an increasingly significant role in assisting and monitoring medical procedures. Mathematics, long considered a somewhat mysterious playground for the very bright, has only been established as a formal academic discipline during the twentieth century. It has turned certain engineering domains, such as electronic communication, digital computation, and automatic control, into highly theoretical disciplines, yielding, in turn, very substantial technological advancement. Can mathematical thinking also enhance medicine in a similar manner? As I can infer from my own experience, the answer to this question is largely positive. Yet, in view of possible medical implications, both analytic and medical merits must be examined with unambiguous care.

My personal trip of revelation began in coincidental acquaintance with a truly amazing discovery by a neurologist, who has found that patients inflicted with Parkinson's disease improve their impaired gait when walking perpendicularly to equally spaced line markings drawn on the floor [1]. Some thirty years later, another doctor, having invented a device which produces rhythmically moving line markings on glasses, has reported similar results [2]. Being a control theorist by education and training, I took a hard look at both studies and found that, while the first, seminal one, is mathematically valid, the second is not [3,4]. More specifically, the first approach, allowing the patient free movement, which, in turn, generates sensory feedback cues, represents an inherently stable closed-loop control system, safely regulating the patient's gait and balance. On the other hand, the second approach, externally imposing constant rhythmic movement on the patient, represents an inherently unstable open-loop control system, putting the patient at considerable mental and bodily risks. In the case of Parkinson’s patients, this was specifically found to cause freezing of gait [4]. Subsequent clinical trials employed a portable augmented reality device which produces, in closed-loop with the patient’s own motion, an earth-stationary visual cue, as the one drawn on the floor in the seminal study. Yet, in contrast to floor markings, the portable device maintains the patient’s full autonomy of movement in two-dimensional space. The clinical studies experimentally demonstrated the validity and safety of the closed-loop control concept in contrast to the open-loop concept, and the transformative nature of the closed-loop concept with respect to a variety of neurological disorders [4-7]. The same effects have been shown to carry over to auditory feedback of stepping sounds, which, in contrast to rhythmic, metronome-like, external gait entrainment [8-10], constitutes a closed-loop, autonomous gait entrainment system [11,12]. A combined audio-visual augmented reality device has been tested on neurological patients by tens of researchers, doctors and physical therapists, and is presently being used by hundreds of patients, many reporting highly positive results.

The need to exercise particular analytic and medical care in applying a technologically-based neurological intervention is almost selfexplanatory, but some elaboration can help clarify this issue. Hundreds of recently published papers, citing works on both the open-loop and the closed-loop approaches to neurological gait control, do not distinguish between the two. In engineering terms, these papers could, as well, recommend open-loop aircraft control by, say, following a line drawn on a geographical map. While the open-loop “option”, if ever attempted, would result, due to error accumulation, in aircraft crashing into a mountain, a building or an airport runway, the closed-loop solution produces the almost complete aircraft safety we all enjoy. Not even an experimental flight would be responsibly carried out to examine open-loop aircraft control. This would be too dangerous. It is the mathematics, highly trusted by control engineers, that unambiguously tells the good from the bad. In the medical case under consideration, the clinical results provide an additionally necessary stamp of approval.