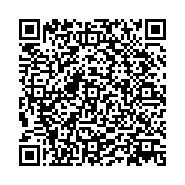 Copyright: © 2017 Chand G, et al. This is an open-access article distributed under the terms of the Creative Commons Attribution License, which permits unrestricted use, distribution, and reproduction in any medium, provided the original author and source are credited.

Methods: Between Aug 2013 and Nov. 2014, 437 thyroid surgeries were performed. 27 of them were operated endoscopically through axillary and breast approaches were reviewed prospectively. Three ports were used in this technique, two in axilla and one in ipsilateral areola. Carbon dioxide insufflation up to 6-8mm Hg was used.

Conclusions: We believe that endoscopic thyroidectomy by axillary & breast approach will find a role in the treatment of nodular thyroid disease with excellent cosmetic outcome.

Conventional open thyroidectomy remains the treatment of choice for benign and malignant thyroid tumors since ages, the open thyroid surgical procedures leaves a scar line in the lower anterior neck. This incision line sometimes may developed in to dark scars, hypertrophic scarsor keloid and may lead to parastheisa and hyperesthesia [1].

After the advancement in technology of laparoscopic and endoscopic surgery, thyroid and parathyroid surgery has been attempted using endoscopic approach. Since endoscopic parathyroidectomy and thyroidectomy were first introduced by Gagner and Huscher et al [2,3], various endoscopic thyroid surgery approaches have been devised, including direct cervical surgical approach (anterior or lateral cervical), extracervical access (chest wall, breast, or axilla) and a combination of approaches during last two decades [4-15].

In this study we have reviewed our experience of endoscopic thyroid surgery through ipsilateral breast and axillary approach (IBAA). The purpose of this study is to evaluate the feasibility, safety and outcome of endoscopic thyroid surgery through this approach and to analyze the clinic-pathological features, duration and complications in our patients.

Between July 2013 to June 2016, 41 patients underwent 43 procedures of endoscopic thyroid surgery through ipsilateral breast and axillary approach at our department was included in this study. All procedures were performed by single surgeon and retrospectively analyzed.

All patients presented with visible goiter in the neck, routine preoperative diagnostic investigations were performed, including ultrasound neck, fine needle aspiration cytology and thyroid function test. All patients were explained about surgical procedure, possible complications and the possibility of conversion from endoscopic to open thyroidectomy. The informed consent was obtained from all the patients before surgical procedure. All patients were opted for endoscopic thyroid surgery.

5. Ability to understand the surgical options and provide informed consent

3. Big nodules and compression on trachea

All patients were operated under general anesthesia with single lumen flexometallic endotracheal tubes. They were put on supine positions at 30 degree reverse trendelenburg position with sandbag under the shoulder. The ipsilateral arm was extended up to 90°-120°. Incision sites were marked. A diluted epinephrine solution (1:200000) was injected into the anterior chest wall and cervical area (Figure 1). Three incisions for ports were made; two were in axilla at anterior axillary line and one in superiormedial circumareolar site on ipsilateral breast. First 12mm port was inserted through axillary incision blindly towards the thyroid cartilage; withdraw it about half of its length, so a blind space was created into subcutaneous plane. It was connected with CO2 insufflations at 6 to 8mm Hg and thirty degree telescope was inserted. Another two ports were now placed directing to this tunnel and subcutaneous plane was created under vision with scissor connected with electro cautery (Figure 2). Subplatysmal adequate working space was created from thyroid cartilage superiorly to sternal not chinferiorly then dissected the strep muscles from thyroid lobe from lateral side. The sternohyoid and sternothyroid muscles were dissected from each other than the upper end of sternothyroid muscle was resected using 5-mm ultrasonic vessel sealing device (SonoSurg: Olympus, Japan). The inferior pole of thyroid mobilized first by coagulation and cutting of inferior polar vessels. It was followed by lateral mobilization of thyroid lobe and carefully visualization and preservation of parathyroid glands and recurrent laryngeal nerve. Thyroid isthmus was then resected and in lastthe upper pole of thyroid lobe was dissected. Finally gland put into endobag and delivered through axillary port incision and closed the wound with negative pressure drain in situ. The post-operative pain was relived on 1st to 3rd days after surgery and mean duration of drain was 3-4 days after surgery. The sarcoma was noticed in the neck in few cases. On followup visit from 04 month to 40 months, suggested that none had hypocalcaemia or recurrent nerve palsy. The patients have excellent cosmetic outcome in follow-up visits.

Present study composed of endoscopic thyroid surgery for clinically euthyroid benign goiters, out of 41 patients, majority have solitary thyroid nodule. The basic principle of thyroid surgery was same during this technique of endoscopic surgery, such as capsular dissection, identification and preservation of parathyroidand recurrent laryngeal nerves so the operation can be performed safely. This study showed that endoscopic thyroidectomy via breast and axillary approach has learning curve. The majority of patients were young (20-30 years of age), and they reported thyroid nodule early (33% reported within six months duration) and more than 50% had <4cm thyroid nodule in size.

The rate of conversion to open has been reported at 0-13% 21 the main reasons for conversion to open surgery are hemorrhage, difficult dissection, tumor size, thyroiditis and tracheal injury [21]. In present study, four patients were required conversion to open because of bleeding from surface of nodule and from the superior thyroid vessels.

Yeung et al concern about scar around the nipple, especially in western women [23]. Therefore surgeons from western countries favor endoscopic neck surgery through trans axillary approach, however trans axillary has several drawbacks including, lateral approach to thyroid, narrow working space, long scar in axilla and contralateral lobectomy requires ipsilateral approach [24]. In our series’ most of our patients were satisfied with their nipple scar.

There are chances of potential adverse effect due to carbon dioxide insufflation in surgical working space with some reports of subcutaneous emphysema [25]. However no adverse effect has been reported in our series with using carbon dioxide at low pressure (7 mm Hg) with high flow rate (7 L/min). This high flow helps us in maintain the working space during carbon dioxide gas loss, either due to frequent use of suction to clear smoky field produced by electric cauteryor when ports are not airtight fully.

In conclusion, endoscopic thyroidectomy by the breast and axillary approach in selected patients with benign thyroid disease is an effective procedure and allows excellent cosmetic results. This method is a valid option to the selected group of patients who do not want visible scar in the neck.

Authors have no conflict of interest.

No industry sponsorship of current work.