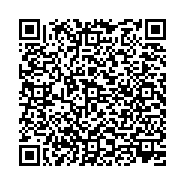 Environment-friendly Enzyme Promiscuity and Its Application for Sustainable Development

Jie Liu and He Chen*

Copyright: © 2017 Liu J, et al. This is an open-access article distributed under the terms of the Creative Commons Attribution License, which permits unrestricted use, distribution, and reproduction in any medium, provided the original author and source are credited.

As a clean and indispensable alternative method to conventional chemical catalysis, biocatalysis both in bench work and pharmaceutical industry has emerged as a green and very promising method to the environment and ecology. Biocatalytic promiscuity reaction, in where a certain enzyme can catalyze a distinct chemical reaction other than its natural transformation promoted by itself, is a very important and interesting enzymatic method to get access to multi-functional enzyme. Many elegant works have implies the importance of enzyme promiscuity, such as solvent engineering and substrate engineering. So far there are several types of enzyme promiscuity have been reported, including catalytic promiscuity, substrate promiscuity and solvent promiscuity. Although substrate and solvent promiscuity have attracted much attention in order to expand the substrate scope of enzymes and improve useful enzymatic activities of enzymes, biocatalytic promiscuity is still the most amazing area in the study on the enzyme promiscuity. Actually a certain enzyme could has been already given multi-functions during its evolution and somehow only shows one of them as its major catalytic ability by hiding the rest of them in specific physiological circumstance. For example, an esterase not only can hydrolyze ester bonds but also are active on some lipids which can be digested by lipase in nature. The reason why an enzyme is able to mainly focus on a certain chemical transformation in vivo is still unknown, however the organisms could survive and take advantage of this biocatalytic promiscuity. Interestingly, a perfect example of biocatalytic promiscuity is associated with the chemical reaction equilibrium controlled by enzyme. As a catalyst, enzyme is not able to change the reaction equilibrium, but in some cases a certain enzyme can strongly drive its reverse reaction (e.g. esterification vs. hydrolysis) in an appropriate condition. Thus the study on the ‘moon light’ ability of enzymes can not only expand the application of biocatalysts, but also reveal the evolution of proteins (enzymes) and the corresponding organisms (life), somehow deciphering the complexity of biology.

Enzyme promiscuity is a natural phenomenon that has a long history in life evolution. It is believed that multifunctional enzymes are not only just existing in different species but essential to organisms to adapt to environment and survive under extreme conditions. To study such important enzyme function, various chemical reactions have been intensively investigated by different research groups, including Bornscheuer, Gotor, Berglund, Lin, etc. There are numerous excellent reports relevant to this hot research field. A typical example of biocatalytic promiscuity could be asymmetric aldol addition catalyzed by the lipase from porcine pancreas, which was first reported by Yu group in 2008. The lipase shows significantly high activity to catalyze asymmetric aldol reaction between acetones and aldehydes in the presence of water. Later this unexpected biocatalysis was largely extended to other addition reactions (e.g. Michael addition) and substrates (e.g. cyclic ketones). This example indicates that biocatalytic promiscuity could be quite common phenomenon existing in nature. It is expected that more and more novel multi-functional enzymes will be discovered in the near future and the application of these potentially useful enzymes could be more practical in the field of organic synthesis. The enzyme promiscuity will continue to provide green and sustainable tools for the environment-friendly chemistry.