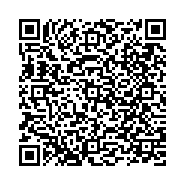 Enzymatic Hydrolysis and Fermentation of Lignocellulosic Biomass for Bioethanol Production

Copyright: © 2016 Kulia A, et al. This is an open-access article distributed under the terms of the Creative Commons Attribution License, which permits unrestricted use, distribution, and reproduction in any medium, provided the original author and source are credited.

Nows a days biofuel gaining increasing interest due to its (i) reduced greenhouse gas emissions, (ii) greater energy security (because energy can be produced locally), and (iii) support of agricultural industries. Of the different types of biofuels, bioethanol turns out to be the most popular choice as a potential liquid fuel. Bioethanol are produced from several substrates such as foods, food waste, agroresidues, lignocellulosic biomass, weedy biomass etc. The production of fuel ethanol from lignocellulosic biomass has several advantages such as easy availability of raw material, no competition with the food chain and available usually at reduced prices. Enzymatic hydrolysis and fermentation are key steps for lignocellulosic bioethanol production. Cellulase and xylanase are key enzymes for enzymatic hydrolysis of lignocellulosic feed stocks. For cost effective bioethanol production there needs development of cellulase and xylanase enzyme. Cellulase and xylanase are being produced in solid state fermentation (SSF) through single bioreactor system. In SSF, growth of microorganism occurs on solid, insoluble substrates with sufficient moisture but without the presence of free liquid between the substrate particles. For improved enzyme production there needs isolation/ development of fungal strain which can efficiently produce higher enzyme within shorter incubation time. The maximum reducing sugar yield from lignocellulosic biomass can be obtained if we use blends of different cellulases (endoglucanase, exoglucanase and beta glucosidase) for enzymatic hydrolysis. In fermentation step, traditionally, Saccharomyces cerevisiae is used for industrial ethanol production because of its ability to produce high concentrations of ethanol from hexoses and because of its high tolerance to ethanol and other inhibitory compounds. However, S. cerevisiae is unable to metabolize pentoses such as xylose and arabinose naturally. For cost effective bioethanol production there needs isolation/ development of yeast strain for utilization of C6 and C5 sugars. There are several research going on for isolation of thermo tolerant yeast for ethanol production. Bioethanol production using thermotolerant yeast has several advantages such as it reduces processing cost, no requirement of chiller for temperature reduction in case of normal fermenting microorganism, no feedback inhibition or contamination as these processes can be performed in a single bioreactor. Therefore the present research topic aims at development of efficient enzymatic hydrolysis process using mixture of different cellulases and development of yeast strain which can ferment both pentose and hexose sugars within short incubation time.