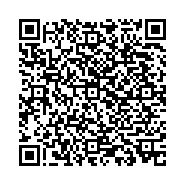 Epidemiology of AlzheimerÃÆÃÂ¢ÃâÃ¢âÂ¬ÃâÃ¢âÂ¢s Disease: Comparison between Africa and South America

Alzheimer Disease (AD) is the most popular neurodegenerative disease of the last 25 years. Public leaders of sub-Saharan government and northern africa, as well as southern America; takes slowly the train in the global handling and management of AD. Disparities existed between north hemisphere and south hemisphere as studied by Allen et al., but the incidence and prevalence of AD are influenced by the same risk factors. The budget allowed to mental health also changes from one country to another, and the development of a global policy affects clearly the distribution of neurodegenerative disease in different areas. Previous studies reported the direct and indirect costs of AD as well as similar illnesses like Parkinson Disease and Dementia in a general population; but no recent investigation about prevalence or incidence was made in developing countries. Here, we investigated the global epidemiology of AD in southern America and africa. To address this aim, we computed data about prevalence, associated neurological disease, and incidence of AD. We compared after that statistics for the two continents. Findings revealed a prevalence and incidence of AD higher in south america compared with africa. Incidence increase faster in latin america than africa. This preliminary report show the necessity to explore more neurodegenerative disease in developing countries, to have a global point of view.

Alzheimer's disease (AD) is a chronic neurodegenerative disease that usually starts slowly and worsens over time. It was first described by and later named after, German psychiatrist and pathologist Alois Alzheimer in 1906. Alzheimer’s disease (AD) is the most popular neurodegenerative disease of the last 30 years. It is the cause of 60% to 70% of cases of dementia. The most common early symptom is difficulty in remembering recent events (short-term memory loss). As the disease advances, symptoms can include problems with language, disorientation (including easily getting lost), mood swings, loss of motivation, not managing self-care, sleep disorders and behavioral issues [1-4]. As a person's condition declines, they often withdraw from family and society [5]. Gradually, brain functions are lost, ultimately leading to death because of major disorders of the central nervous system [6]. Although the speed of progression can vary, the average life expectancy following diagnosis is three to nine years. Two main measures are used in epidemiological studies: incidence and prevalence. Incidence is the number of new cases per unit of person–time at risk; while prevalence is the total number of cases of the disease in the population at any given time. Prevalence of AD in populations is dependent upon different factors including incidence and survival [7-10]. Since the incidence of AD increases with age, it is particularly important to include the mean age of the population of interest. In the United States, Alzheimer prevalence was estimated to be 1.6% in 2000 both overall and in the 65-74 age groups, with the rate increasing to 19% in the 75-84 groups and to 42% in the greater than 84 group. Prevalence rates in less developed regions are lower. The World Health Organization estimated that in 2005, 0.379% of people worldwide had dementia, and that the prevalence would increase to 0.441% in 2015 and to 0.556% in 2030. Other studies have reached similar conclusions. Another study estimated that in 2006, 0.40% of the world population (range 0.17% to 0.89%; absolute number 26.6 million, range 11.4 - 59.4 million) were afflicted by AD, and that the prevalence rate would triple and the absolute number would quadruple by 2050. Public leaders of sub-Saharan government and North Africa, as well as South America take slowly the train in the global handling and management of AD. Disparities existed between north hemisphere and south hemisphere [11], but the incidence and prevalence of AD are influenced by the same risk factors [5,7,11]. In 2015, there were approximately 29.8 million people worldwide with AD. It most often begins in people over 65 years of age. Although 4% to 5% of cases are early-onset Alzheimer's which begin before this. It affects about 6% of people 65 years and older. In 2015, dementia resulted in about 1.9 million deaths. In developed countries, AD is one of the most financially costly diseases. The budget allowed to mental health also changes from one country to another and the development of a global policy affects clearly the distribution of neurodegenerative disease in different areas. Previous studies reported the direct and indirect costs of AD as well as similar illnesses like Parkinson Disease and Dementia in a general population [12]. No recent investigation about prevalence or incidence was made in developing countries. Here, we investigated the global epidemiology of AD in South America and Africa. To address this aim, we computed data about prevalence, associated neurological disease, and incidence of AD. We compared after that statistics for the two continents.

We searched in Google Scholar, Scopus, Embase, Medline / Pubmed and using extensive search algorithm, we identified all appropriate articles including the followings words: epidemiology, prevalence, statistics, neurodegenerative disease, mental health, Alzheimer, Alzheimer’s disease, mental illness, dementia, sub-Saharan, northern Africa, South America, Africa, and Latin America. We only considered researches with: human participants, AD as a main topic, epidemiology of mental health, dementia and related issues, neurodegenerative diseases with associated outcomes, findings published between the years 2010 and 2016, and published in English. Certain countries did not have enough data to be considered for analysis. All data collected from different countries meeting criteria, both from Africa and South America; were normalised. Prevalence and incidence were computed and compared for the two continents. Assuming distribution of population is normal, a t-test was used to assess the difference between the two regions.

Findings are normalised for x and y axis. The countries with invalid data were excluded from analysis, and they represented only 2% of the total sample. These countries were Colombia, Ecuador, Zambia, Sierra Leone, Centrafric and Burundi. Prevalence and incidence of AD in South America are higher than that in Africa. As show in Figure 1A, there is an increase of prevalence of AD from 2010 until now (p=0.00087) for South America. Prevalence in Africa also increased but slowly compared to another continent. As show in Figure 1B, the evolution of incidence is similar for Africa and South America, but number of new case increase faster in Latin America compared to Africa. The management of mental health is not optimal in developing countries, where governments faced many others majors public health problems like tropical diseases and poverty [13-16]. The control and the measure of the AD risk factors, may explain why the epidemiology is more critical for South America [4]. Many studies reported epidemiological data about disease in Latin America, not only tropical diseases or infectious diseases like majority of publications on Africa. There is a better view on the South American disease distribution compared to Africa. Other explanation, health system in Africa was significantly improved since the last decade, with international plan of funding; and a better management of risk factors [10]. Taking in account the state of the national health system, these computations above should be relativized because of few considerations. First consideration, data reported may be incomplete, because of local matters like social crisis, civil war or lake of human resource to computed and updated properly data. Second consideration, the funding of research community and the density of researchers in these two continents. Just a hand of countries has valuable and trustable publications issued from South American’s countries like Brazil or Mexico, as well as South Africa or Nigeria for Africa [7,11]. Most of papers found were publish by external sources based on empirical investigation on a limit sample or periodic survey, without comparing their data with the official publications of the nation involved in the study. Third consideration, all the papers selected for the present research reported their findings on specific time. They did not follow a cohort or review documents from national public agencies (when applicable). So a common investigation with national health organisms may provide more accurate findings.

These findings showed the presence of AD in a substantial proportion. They are in line with current literature, reporting the different aspects of AD and their impacts in all the layer of society. More investigations should be made on these areas of the earth to update statistics for follow up and public health policy.

Author mentioned above, has no conflicts of interests, financial or otherwise with the present study.