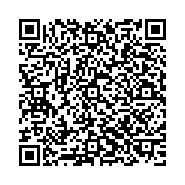 Inflammation is associated with different cardiovascular diseases like in hypertension. This study to evaluate the level of alpha one anti-trypsin (AAT) and haptoglobin in hypertension was carried out on patients attending Madonna University Hospital (MUTH), Elele, Rivers State, Nigeria. The research was done on a total of one hundred (100) subjects. Fifty (50) of this population were hypertensive patients (Test) while fifty (50) were the control. Their age ranged from 45-65 years. Alpha one anti-trypsin and haptoglobin were measured by Mispa Auto-analyzer Nephelometric immunoassay method. The results were analyzed using statistical package for social science (SPSS) version 20. The results showed a significant increase (P<0.05) in haptoglobin in hypertensive subjects (120.9 ± 54.90 mg/dl) when compared with the control (47.7 ± 32.61 mg/dl). Haptoglobin was elevated in hypertension. Hence, level of haptoglobin could be used to predict cardiovascular risk in patients with certain disease conditions. The results also showed significant increase (P<0.05) in the AAT level of hypertensive subjects (293.7 ± 59.86 mg/dl) compared to the control (158.8 ± 52.14 mg/dl) respectively. Alpha one anti-trypsin plays a role as a biomarker in hypertension.

Hypertension according to Zhao and Alsop [1] is abnormal high blood pressure in the arteries. It often remains asymptomatic until late in its course. Devin and Binder [2] reported that risks of stroke, myocardial infarction, angina, heart failure, kidney failure or early death from a cardiovascular cause are directly correlated with blood pressure. It is often called silent killer because it has no symptoms until serious complications develop [3]. Amira [4] opined that obesity, heredity and life style play a role in the development of hypertension.

Alpha one anti-trypsin (AAT) is a member of the serine protease inhibitors (serpin) family [5] which may participate in pathological conditions such as tumor invasion and metastasis which require degradation of the basement membrane, stimulation of angiogenesis and migration [6].

Haptoglobin (Hp) is a plasma α2-glycoprotein which binds free hemoglobin, thus, preventing oxidative damage. Reticuloendothelial system removes Haptoglobin-hemoglobin complex. As it functions to bind free hemoglobin, it allows degradative enzymes to gain access to the hemoglobin while at the same time preventing loss of iron through the kidneys and protecting the kidney from damage by hemoglobin. Hypertension is a major public health threat worldwide. It is important to determine the level of hemoglobin in hypertensive patients in Elele.

Ethical consideration: Informed consents were obtained from the subjects.

Sample collection: A 2 ml venous blood sample was collected from the mid cubital vein following aseptic technique and transferred to plain tubes and allowed to clot and retract and the serum collected for the AAT assay.

Procedure: The card was inserted to the card reader slot and R1 added. A 120 μl of the sample was dispensed to the cuvette, inserted into cuvette holder and wa

Table 1: Showing comparison of alpha one anti-trypsin among the hypertensive and control subjects.

Table 2: Showing comparison of alpha one anti-trypsin among the subjects based on different age groups with the control.

Table 3: Shows compares between haptoglobin among Hypertensive and control subjects.

Table 4: Shows the comparison of haptoglobin among hypertensive and control subjects based on different age groups.

In an attempt to discover the effect of hypertension on the level of alpha one anti-trypsin (AAT) in the body of patients diagnosed with hypertension, it was done to determine the level of AAT in the patients. Alpha one anti-trypsin is secreted into the circulation and increased level can occur as a result of production of tumour, leakage from disease patients, reaction against tissue damage and impaired renal function.

The results showed significant increase (P<0.05) in AAT of hypertensive subjects (293.7 ± 59.86 mg/dl) compared to the control (158.8 ± 52.14 mg/dl) respectively. This could be attributable to reaction against tissue damage and impaired renal function. Renal diseases have been implicated in the pathogenesis of secondary hypertension and the epithelial cells of the kidney contributes to the remaining 20% of AAT among other sources.

The results showed that the level of haptoglobin was increased significantly (P<0.05) in hypertensive subjects compared to the control. The increase in haptoglobin level among the hypertensive subjects could be suggesting the possibility for intravascular haemolysis due to vascular damage leading to further complications. Study by Levy revealed an increased level of plasma haptoglobin in patients with hypertension crisis. These results confirmed that during inflammatory process, some acute proteins are raised.