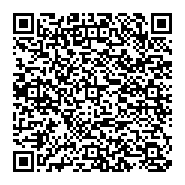 Fibromyalgia (FM) is characterized by chronic widespread pain lasting for a minimum of three months, and pain at mechanical pressure in at least 11 of the 18 tender points. The cause of fibromyalgia is unknown. Several hypotheses have been developed including "central sensitization". This theory proposes that fibromyalgia patients have a lower threshold for pain because of increased reactivity of painsensitive neurons in the spinal cord or brain. Some researchers supposed that different neurotransmitters (serotonin, catecholamine) could be involved in the pathophysiology of fibromyalgia-associated symptoms. The connection of FM to different viral infections has been proposed. Epstein Barr Virus (EBV) has been considered a possible cause of FM because of similarity of symptoms, but so far, the connection has not been proven. The objective of this study was to determine the prevalence of antibodies (Abs) IgM and IgG against EBV, and respectively the presence of a viral infection in a group of patients with FM. We also analysed the association between the titter of the antiviral antibodies, some neurotransmitters (serotonin, noradrenaline and adrenaline) and different clinical symptoms. The obtained results revealed that high EBV IgG concentrations in the serum of patients with FM correlated with pain intensity and associated clinical symptoms. This is consistent with the fact that FM is connected to the immune response to certain infectious agents (e.g. EBV, CMV).

Fibromyalgia (FM) is a disease, characterized by a chronic widespread pain lasting for a minimum of three months, pains at mechanical pressure in at least 11 of the 18 myofascial tender points, general fatigue, sleep disturbances and functional disorders. In 1990 a new group of criteria was published under the American College of Rheumatology (ACR) [1]. The main clinical feature of FM is the decreased pain threshold in sensitive tender points. The myofascial tender points can be activated by chronic muscle bruising and contusions due to frequent microtraumas, poor posture at work, stress, anxiety, impact due to thermal and chemical effects, and much more. The variations in sensitivity and dynamics of tender points still remain poorly developed study area. There are a small number of comparative studies that assess the separate tender points and their response to treatment with different groups of medications [2]. The most important aim is to ameliorate patients’ quality of life by adequate treatment of chronic pain, sleep disorders, and depression. Elaboration of proper strategy and individual approach for each patient are needed [3].

The cause of fibromyalgia is unknown. Several hypotheses have been developed including "central sensitization". This theory proposes that fibromyalgia patients have a lower threshold for pain because of increased reactivity of pain-sensitive neurons in the spinal cord or brain. Some researchers supposed that different neurotransmitter (serotonin, catecholamine) could be involved in the pathophysiology of fibromyalgia-associated symptoms [4]. Changed plasma concentrations of different neurotransmitters (serotonin, 5-hydroxyindoleacetic acid, noradrenaline, and adrenaline) were found in patients with FM [5-7]. On the other hand the connection of FM to different viral infections caused by hepatitis C, Parvovirus B19, human immunodeficiency virus (HIV), and Epstein Barr virus (EBV) has been documented. EBV

Epstein Barr virus cause or contribute to the symptoms of a large percentage of patients with FM. As stated previously, the presence of active infections correlate with an elevated IgG antibody, despite the lack of IgM antibodies. This infection is generally not acute but rather intracellular reactivation of an old infection; an elevation of IgM antibodies is typically not seen with active infection of EBV. Fatigue, an additional symptom, is likewise common to both FM and viral infections. It is not surprising therefore that early research on both FM and the related syndrome of chronic fatigue attempted to identify evidence of infection with pathogens such as EBV among these patients. One observation by Moldofsky concern the effect of acute viral infection on development of sleep disorders considered to be harbingers of FM. Recent publications have discussed the capacity of early non-structural EBV-encoded protein to cause immune dysregulation as well as instigating clinical symptoms such as fatigue [8].

Fibromyalgia is frequently observable in patients who meet the criteria of chronic fatigue syndrome [4]. The two clinical situations are dissimilar in many ways, in spite of certain manifestations is common (fatigue, paresthesia, myalgia, cephalgia, arthralgia, etc.), suggesting the presence of a subjacent infection; nevertheless, the title of anti-Ebstein Barr virus antibodies in patients suffering from FM is not significantly different from those in other individuals. Fibromyalgia and chronic fatigue syndrome may indeed be intrinsically linked syndromes, but their physiopathological mechanisms are certainly distinct, with FM considered a muscular disease and chronic fatigue syndrome an infectious disease [4].

Twenty-one patients (women, men) with fibromyalgia were included in the investigation. The study covered with precision the changes of the pain thresholds measured in kg/cm2 in all trigger points applying dolorimetric method with a Fisher dolorimeter and assessing with an exact figure the pain scores and changes occurred within 3-months period [2]. The symptom is evaluated on day 0 and after 3 month. The accompanying clinical symptoms in FM patients were evaluated: sleep disturbances, headache, autonomic disturbances, heart palpitations, and presence of diffuse muscle pains. Patients were asked to answer questions on all accompanying symptoms assessing them independently by a 5-point grading system (0–no symptom, 1–slightly expressed, 2-medium, 3–strong, 4–very strong). The symptoms changes were tracked by the 5-point grading system [2].

Inclusion criterias are primary fibromyalgia in the patient from 18 to 65 years measured by Fisher dolorimeter. The patients with other inflammatory or systemic diseases are excluded from study.

Statistical Methods: The statistical data processing was made by means of SPSS 13.0 for Windows. Parametric (ANOVA and Paired Sample T-Test), as well as nonparametric (Man-Whitley U, Kruskal-Wallis or Wilcoxon) analyses were used. P<0.05 was considered as a threshold value of level of statistical significance, unless otherwise specified.

This work is approved by ethics committee in Medical University, Sofia [2].

Antiviral antibodies (Abs) IgM, IgG against Epstein Barr-virus (EBV) in the serum and neurotransmitter serotonin, adrenaline and noradrenaline in the plasma of patients with fibromyalgia (FM)

When we tested the plasma serotonin concentrations in the patients, we determined levels below 50 ng/l in 8 of studied patients, in 3 patients–below 25 ng/l or 52.4% of patients were with low plasma serotonin levels (less than normal range). The remaining patients (47,6%) were with normal plasma serotonin levels. Relevant studies have found decreased concentration of serotonin and 5-hydroxyindoleacetic acid in the plasma and the cerebrospinal fluid of patients with FM [7,10]. The serotonin is involved in central nervous regulation in FM. The reduced levels of serotonin in FM are connected to the reduction of non-REM sleep disorders and decreases pain threshold, somatic complications and depression [10]. Yunus M.B., and colleagues [7] have found statistically insignificant reduction in serum serotonin in patients with FM compared to healthy controls, and a significant reduction of serotonin transport level through the blood-brain barrier in patients with FM [7].

The correlation between headache and concentration of serotonin in the plasma of patients with FM is very small (r=0.005).

The summary results are presented in Table 1.

Some neurotransmitter can be used as potential markers for evaluation the effects of the applied therapy. The investigation of the levels of neurotransmitters and analyse associations with different clinical symptoms can be useful for daily rheumatology practice. Positive antibodies against some viruses in patients with fibromyalgia suggest the role of some viruses in the pathogenesis; through induce of different immune mechanisms.