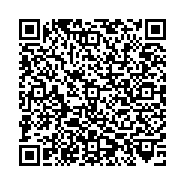 Evaluation of emergent and elective splenectomy cases: analysis of 129 cases

Background: Emergent and elective splenectomies have an important place in practice. In this study, we aimed to emphasize the importance of splenectomy in modern surgery and investigate our cases retrospectively.

Methods and Findings: Patients who were treated by splenectomy in our clinic between October 2008- May 2012 were grouped into four different groups: cases who have additional injuries in additon to splenic injury (group 1) , cases who have no additional injuries other than splenic injuries (group 2), iatrogenic splenic injuries (group 3), elective splenectomies (group 4). These four groups were evaluated for demographic features, etiology, surgical procedure, duration of operation, morbidity and mortality parameters.

Conclusions: Timing of surgery and assessing the need for surgery has enormous impact on the outcome of emergent and elective splenectomy cases. Conservative approach should be the first option in the properly equipped health care centers after evaluating general health status of the patient, the degree of splenic injury and presence of multiorgan injury. When splenctomy is necessary , spleen conserving strategies should be preferred. Meticulous care should be exercised to prevent iatrogenic splenic injuries. Multidisciplinary approach is the key element to reduce the mortality and morbidity rates in elective cases.

Data obtained from patient files and electronic records between October 2008 and May 2012 was evaluated retrospectively. Patients who were treated by emergent or elective splenectomy in our clinic between October 2008 and May 2012 were incuded in the study. There were four groups; group I consisted of emergency cases who had additional injuries, group II consisted of emergency cases who did not have concomitant injuries, group III consisted of patients who endured iatrogenic splenic injuries and lastly, group IV consisted of elective splenectomy cases. Following parameters were investigated: Demographic features, etiology, surgical modality, spleen size, duration of operation, morbidity, mortality and duration of hospital stay.

Emergent cases were operated on after physical examination, diagnostic peritoneal lavage, ultrasonography, computed tomography; however, not all patients were evaluated through all these methods. All patients were vaccinated against encapsulated bacteria. They were given cephalosporine prophylaxis. Patients were anticoagulated according to their risk groups. 123 (95.3 %) patients were treated by conventional splenectomy and 6 patients were treated by laparoscopic splenectomy. For conventional splenectomy midline insicision superior to umblicus was preferred and for the laparoscopic splenectomy anterior approach in the right lateral decubitus position was preferred. Patients that has no disabling injury that precludes mobilization were mobilized early after the operation.

Reasons for splenectomy in the groups are shown in table 2, 3 and 4. In the emergent cases the leading cause for splenectomies was traffic accidents ,while in the elective cases it was hemotologic disorders ITP specifically, (Idiopathic thrombocytopenic purpura) with a rate of 43.1%.

Table 2: Causes of splenic injury in Group I and II.

Concomitant injuries in the Group I was shown in the table 5 and splenic injury grades of group I and II were shown in the graphic I.

Graph 1: Grade of splenic injuries in Group I and II.

Table 5: Additional injuries in Group I.

Table 6: Morbidity in all groups.

3 patients died. Mortality rate was 2.3%. One of the patients developed consumption coagulopathy that was unresponsive to treatment. That patient underwent splenectomy due to hematological disorder. Two other patients died of multple organ failure. They were hospitalized for falling from heights and traffic accident.

Traffic accidents are the leading cause for blunt traumas that require splenectomy, while stab wounds are the most common cause for penetrating injuries. Traffic accidents are the main reason for emergent splenectomy with a rate of 78%. The mean age in this group is 34.8 ,therefore it is concluded that young age groups are affeced most. This finding is consistent with the rest of the literature [1]. It is obvious that traffic accidents still remain a serious public health problem and measures should be taken to prevent them. Emergent cases enduring splenic injuries can be treated by conventional splenectomy, laparoscopic splenectomy or splenoraphy. Since it is easy to perform under emergent conditions it decreases the need for blood transfusion, it makes patient follow up easier and it allows the patient to return to normal daily activities earlier; splenectomy might be considered as a better approach than spleen saving approaches. Splenoraphy, on the other hand is suitable for grade 2 and 3 splenic injuries. Patients that are previously treated by splenoraphy can also be considered as candidates for spleen saving approaches [1]. To date by the help of better intensive care unit conditions, progression in the assisting diagnostic tools , in the hospitals that are equipped with appropriate tools spleen saving procedures are more oftenly used [2]. Life threatening sepsis seen after splenectomy shifted emphasis to the spleen saving procedures which were first performed on children then adapted to adults [3,4]. Studies have claimed that 73% of splenectomies and 70% of splenoraphies could be avoided [5]. In our study, we have observed that patients who can be candidates for spleen saving approach were also treated by splenectomy. Despite the advantages of conservative approach and splenoraphy, splenectomy should be performed emergently, in the setting of life threatening shock and concomitant injuries [6]. Infection rate after splenectomy in adults is between 2.5 and 11%. Mortality of sepsis seen after splenectomy due to trauma is approximately 0.025%. [6-8] In our study operation length in group II and group IV was 99.7 (60-180) and 169.9 (60-240) minutes consecutively. It was observed that emergent splenectomies were conducted in shorter periods of time. In a study conducted by Harlak et al. operation length of open splenectomy in elective settings was found to be 118.97 minutes [9]. Splenomegaly is defined as a spleen with a long axis between 15 and 10 cm; while massive splenomegaly is defined when the long axis of the organ is more than 20 cm [10]. In group IV 14 patients had massive splenomegaly and one of them fell victim of consumption coagulopathy during the operation and then died.

ITP is a chronic disorder in adults on the contrary to how it would behave in children [6]. In the medical treatment of ITP steroids, intravenous immunoglobulins (IVIG), anti Rh immunoglobulin (anti-D) , monoclonal antibody anti CD20 (rituximab) or CD 40L (CD 154) monoclonal antibody can be used. Only 10-20% of patients experience recurring after the cessation of the steroid. Patients that are unresponsive to immunosuppretion therapy or the ones who require large doses of steroids should be considered candiates for splenectomy [11,12,13]. Even though it is possible to get longer disease free – periods by splenectomy, the cure rate is 60-90% [14]. In our study all patients suffering from ITP were resistant to steroid treatment.

Steroid treatment could be repeated for the patients whose thrombocyte functions deteriorate after splenectomy [12]. In patients with ITP accessory spleen, which is seen in the 18-28% of the population, should also be removed in order for the treatment to be successful [15].

Morbidity and mortality rates for splenectomy is reported to be 8-52% and 1.7%, respectively. Atelectasis, bleeding, wound infection,intestinal obstruction, thromboemboli are the complications that can be seen after splenectomy [16-18]. In our study 10.8% of cases have morbidity. Sepsis, abscess and evisseceration were commonly seen. Thromboembolism is rather less frequently seen compared to infection and bleeding and it is easily overlooked. Thromboembolism rates seen in patients with hematological disease after splenectomy are on the rise. It increased from 1% to 8% [19]. Anticoagulation for the selected patients should not be forgotten.

Oppurtunistic infection following splenectomy is common especially after the splenectomy for the hematological diseases [20]. Postsplenectomic sepsis syndrome is seen in approximately 15% and 20-80 % of them die [21]. In our study two patients from group II and group IV were diagnosed with postsplenectomic sepsis syndrome and they recovered completely after appropriate medical treatment. Preoperative vaccination and antibiotic prophylaxis could reduce the risk of infection and mortality. However, this risk can never be abolished [22]. In our study, three patients died. One of them, despite treatment, died of consumption coagulopathy. Two other cases were trauma victims who endured multiple injuries from falling heights and from traffic accident. They died of multiple organ failure.

Laparoscopic splenectomy that has been gaining wide acceptance and has become favored lately over conventional splenectomy is preferred despite increases in the operation duration because it shortens hospital stay, makes pain alliviation easier and creates better cosmotic results. With invention of advanced laparoscopic instruments it has become commonly utilized [9,23]. In our study most of the patients were treated by conventional splenectomy. The ones that were treated by laparoscopic splenectomy (4.6%) were our last cases.

To conclude, considering mortality and morbidity of splenectomy; conservative approach should be the first choice in the hospitals which are properly equipped after taking into account such the factors as the general health status of the patient, degree of splenic injury, concomitant organ injury. If the patient is opererated on, spleen conserving operations should be prefered. To reduce the iatrogenic spleenic injuries, necessary assesments should be performed before the operation and precautious surgical technique should be exercised to avoid to damage the spleen. Multidisciplinary approach in patients scheduled for elective splenectomy is the most important factor to reduce the mortality and morbidity. Laparoscopic splenectomy is beneficial for the selected cases.