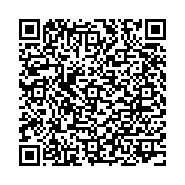 Background: Stroke is the third leading cause of death in Bangladesh. The World Health Organization ranks Bangladesh's mortality rate due to stroke as number 84 in the world. Study suggested that a lot of factors are involved in the cerebrovascular accident (CVA) and Habitual Physical Activity plays an important role in prevention of stroke. Surgeon General’s report indeed shows that physical activity is associated with lower stroke risk and subsequent stroke death.

Methodology: Purpose of the present cross sectional study is to understand the level of habitual physical activities of patient’s with CVA before stroke. The study conducted in the Stroke Rehab Unit of Centre for the Rehabilitation of the Paralysed (CRP). Sample was chosen according to the non probability “purposive” sampling method. Data was analyzed with the software named Statistical Package for Social Sciences (SPSS) version 16.0.

Results: Purposively selected 135 patients were included in the study. Mean± SD of age was 53.1 ± 12.7 years. Among them 76.3% were male and 23.7% were female. Highest numbers of participants were in the age group of more than 58 years (34.8%). More than half (52.6%) of the participants were from upper lower class according to Kuppuswamy’s SES Classification. Study also found that 37.8% participants had heavier workload compare with others. Alongside, during leisure 41.5% were sometimes watching TV and 54.8% were seldom walking during leisure whereas 20% used to sometimes walking during leisure. Nevertheless, it was found that among the participants 48.1% were never play sports during leisure. Only 5.9% (n=8) were always playing sports during leisure. The study showed no significant relation between workload and CVA (x2 = 8.796 > P = 0.05) and relationship between social status and CVA which also insignificant (x2 = 1.936) > P= 0.05) but significant in the workload relation (x2 = 2.965 > P = 0.05).

As described by Lu S, et al. [6], preventable lifestyle diseases continue to be major contributors to the burden of disease internationally, and physical inactivity is among the top five risk factors contributing to global mortality. Intervention during the earliest developmental years might be required to ensure health promoting behaviors, such as physical activity, are established. It is described by Nelson ME, et al. [7] that regular physical activity, including aerobic activity and muscle-strengthening activity, is essential for healthy aging and reduce chronic diseases like CVA. This preventive recommendation specifies how older adults, by engaging in each recommended type of physical activity, can reduce the risk of chronic disease, premature mortality, functional limitations, and disability.

However, within the public health professions, the professionals are working to develop a comprehensive health program by taking the strategies for health prevention, promotion, rehabilitation and reintegration of an individual. Public health concern in Bangladesh are also increasing day by day, nowadays, health awareness and health conscious are increasing among the population both in urban and rural area especially for the non communicable disease for instance stroke or CVA. But, due to lack of study and resources in our country causes professionals and general population are not aware about the impact of stroke and the importance of taking preventative strategies in the health policy. As evidences said community awareness reduces of risk factors for stroke about to 20–40%. Therefore, it is believe after doing this study researcher would be able to unveil some facts and findings about stroke and significance of becoming active or participate in the physical activity in the daily life style. Besides, general people would be able to understand about consequences effect of becoming habitual to sedentary life style. So current study would look for what are the levels of relationship of habitual physical activities (HPA) with Hemiplegic patients?

Main objective was to understand the level of habitual physical activities of patient’s with hemiplegic before attack by CVA. Furthermore, this study would search to find some other specific area includes exploring the socio demographic characteristics of patients with hemiplegia or CVA (Kuppuswamy classification). This study will also evaluate the level of physical activity of patients with before attack by CVA, to identify the association between socioeconomic statuses with diagnosis of CVA and to know the association between different level of physical activity (workload, sports, walking) and diagnosis of CVA. It will enrich our knowledge about the preventive measures of stroke and management of stroke patients among the Bangladeshi population.

Study design and place and sampling

The study was conducted at Centre for the Rehabilitation of the Paralysed (CRP)’s Stroke Rehabilitation Unit both in CRP Savar and CRP Mirpur. CRP is national voluntary rehabilitation centre in Bangladesh where a lot of stroke survivors seeks post stroke treatment and rehabilitation either as an inpatients or outpatients basis. Participants were selected purposive sampling (non probability sampling) method. Patients who were suffering from CVA both acute and chronic, age above 20 years both male and female, having good communication skills and memory were included in the study. Patients with severe cognitive or perceptual problems were excluded from the study.

Face to face interview with semi-structured questionnaire for individual patients by the researcher himself or assigned responsible individual with prior instruction. Data was analyzed with the software named Statistical Package for Social Sciences (SPSS) version 16.0. Data were numerically coded and captured in Microsoft Excel, using an SPSS 16.0 version software program. Microsoft Office Excel 2007 was used to decorate the bar graph charts. Besides, data were cleaned and edited by running frequency, cross tabulation and logical checks. Data processing was done by coding, recoding, sorting, categorizing, computing etc. Kuppuswamy’s SES classification was used for measuring the socio-demographic classification (Updated 2005). Measurements habitual physical activity was measured by standard questionnaire.

Research proposal was approved by ethical review committee of ASA University and CRP. All the participants and authority were informed about the purpose of the study, the process of the study and their written consent were taken. Interviews were taken in a confidential to maximize the participant’s comfort and feelings of security.

Table 1 Distribution of sociodemograhic characteristics of the participants.

Evidences have found that age is the one of risk factors for stroke more aged persons are more prevalence to suffer from stroke. This study found that among the 135 participants who were suffering from CVA most of participants (34.8%) were >58 age group and less participants (15.6%) in between 20-48 years of age group. Kurl S, et al. [8] found that persons aged ≥60, suffered multi morbidity diseases for instance stroke is one of them. Dolee C, et al. [9] showed that more than 60 years are more suffer from CVA than the young age less than 60 years. Therefore, the number of aged person are increasing alongside with the increasing people life expectancy both developed and developing nations cause the prevalence of stroke also increasing in the community. According to Dettmann MA, et al. [10], the incidence of stroke rises rapidly with increasing age. In The United States of America, the incidence of stroke is greater in males than in females and also it is twice as high in black communities as white. Ellekjaer EF, et al. [11] report that the incidence and the differences in age could be the same in Bangladesh.

Besides, by this study researcher have found that male were most (76.3%) sufferers than the female. As the evidence shows that male are more prominent to stroke then female. It has been stated by Sare GM, et al. [12] that 56.3% participants were male who had suffered from CVA with LSH whereas 43.7% were female and 45.5% male suffered from CVA with RSH whereas 54.5% were female.

Among the 135 participants, most of the participants 28.1% were semi skilled and less of the participants 6.7% were semi professional and 16.3% were professionals. In addition it also found that 14.1% unemployed had stroke. One study have indicated and supported by Simmons J and Barris R [13] that most of the participants 45.7% were semi-skilled persons and 21% were professionals who had suffer from CVA. However, a study carried out by Robert D, et al. [14] that education and occupation had the strongest associations with cardiovascular risk factors, inspite of education seemed to be most important among men, while among women income seemed to be an additional important determinant of risk factors. Veis S and Logemann J [15] said marital status did not contribute to the risk factors; education seems to be a relatively stronger indicator in evaluating the association between SES and cardiovascular risk factors.

Moore SA, et al. [19] suggest that sedentary life style for example watching TV maximum 41.5% (n=56) were sometimes watching TV during leisure and 32.6% (n=44) were often watching TV during leisure. A physically active lifestyle reduces the risk of allcause mortality and chronic disease, including stroke. In contrast, physical inactivity (not a lack of physical activity but a prevalence of sedentary behavior such as sitting or lying) reduces life expectancy and increases the risk worldwide of cardiovascular and metabolic diseases by up to 10%.

The proportion of the population classified as physically active in its leisure time is positively related to SES as indicated by income, education, and occupation. Results of this study explore the importance of physical activity in daily life. This study also indicates that most of the independent risk indicators associated with physical inactivity in the population. Further, it is expected that his study information would assist the public health professionals to identify the area to be concerns and raise awareness among the population about the physical activity.

This study recommended that further studies should test these relationships in broad settings including a large number of sample size from different places. Besides, it is also suggested that alternative study designs should be considered to carry out the research purpose; in particular, longitudinal studies and intervention studies might provide greater ability to detect associations between these variables.