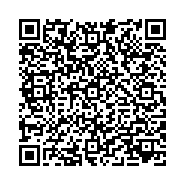 Health Care System Performance Based on the Variation of Life Expectancy

Due to the impact that access to health care has on an economy, the necessity of a health care system Bloom; Ramesh; and Mirmirani The ultimate goal that Murray & Evans, are expected to achieve by society. For all political and managerial decisionmakers about the health care system, it becomes extremely important to analyse how well health systems work in achieving this goal. Many nations have implemented reforms over the past 20 years with the goal of enhancing the effectiveness of their healthcare systems [1]. It is challenging to evaluate the effectiveness of the health care system since different countries have varied definitions of the health system, its borders, and the metrics employed [2]. Prior research on the examination of health spending, access to services, and outcomes for a set of nations, such as OECD countries, concentrated on the international comparison of the performance of health systems [3]. Anderson, 1997; Anell & Willis, 2000; Anderson & Hussey, 2001; Schieber et al., 1991; Joumard et al. The issue of growing health spending while the population's health state is worse than in other nations is highlighted by the analysis of the performance of the US health system [4]. The significant percentage of uninsured people. Eterminant of population health disparities in the USA, Mexico, and Turkey. Studies that compare the effectiveness of national health services and social security systems in Western European nations are also prevalent [5]. Life expectancy is frequently used as an outcome indicator to gauge a nation's performance. In general, life expectancy differs by gender and by country due to distinct development conditions. In this study, we examine the life expectancy at birth for the population of World Health Organization Member States, divided by Gross National Income per capita and geographical location, with the goal of evaluating the performance of the health systems [6]. Three times pointsâ??1990, 2000, and 2009 were used to collect the data. We seek to recognise the shift in life expectancy as a reflection of the health care system's performance through time, as it is influenced by socioeconomic status and geographic location. In the research, we examine the World Health Organization Member States' life expectancy at birth. Three time points are used to observe life expectancy [7]: 1990, 2000, and 2009. A key indicator of how well the country's health and healthcare services are currently performing is life expectancy. The six geographical regions that make up the WHO member states are: the African Region, the Region of the Americas, the Region of South-East Asia, the Region of Europe, the Region of the Eastern Mediterranean, and the Region of the Western Pacific. Additionally, the nations are categorised by income level.The country are also grouped by income level. The Classification follows the World Bank classifications of Economies by income bracket as of 2008, based on GNI per capita. Low income, lower middle income, higher middle income, and high income are the four income levels. Low income group, lower middle income group, higher middle income group and high income group are the four income groupings that make up the world's nations. The World Health Statistics series, which contains information about its 193 Member States, is the data source. We used the repeated-measures ANOVA to analyse the variance in life expectancy under the influence of grouping factors and time. Life expectancy as it has been measured over time is the dependent variable. Three times the country-level observations were done. Two predictors that are the grouping variables are used in the analysis. These elements are the location and the socioeconomic class. Time thus accounts for the difference in life expectancy among individuals, while economic level and geographic location, two grouping variables, account for the variation in life expectancy between subjects. The nations are our study's subjects. The repeated-measure assumptions state that there are no missing data, that time intervals are evenly spaced, that the dependent variable is normally distributed, and more. The compound symmetry assumption states that the correlations between repeated measurements across time points are equal and that the variance of the dependent variable is the same at each time point. This hypothesis is examined using to calculate an appropriate adjustment to the degrees of freedom of the F-test in the event that this supposition is broken; an adjustment value termed epsilon is required. The most cautious approach is represented by the lower-bound epsilon value, which uses the reciprocal of the degrees of freedom for the withinsubjects factor.