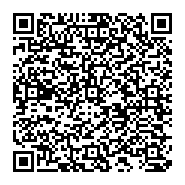 Cerebral vasospasm following aneurysmal subarachnoid hemorrhage (aSAH) is associated with a high degree of morbidity and mortality and is well established as a predictor of poor functional outcome, Endovascular interventions involving intra-arterial infusion of vasoactive agents or balloon angioplasty are frequently employed in the management of symptomatic cerebral vasospasm following aSAH. Many of these patients suffer from recurrent vasospasm and often require multiple endovascular treatments; however, there have been very few investigations to assess predictors of retreatment and they have produced inconsistent results.

The mechanism of vasospasm following aSAH is incompletely understood, but the complicated cascade of events has been shown to involve pro-inflammatory pathways that occur in concert with micro-thromboses. Putative mechanisms include an increase in nitric oxide (NO) scavengers, proliferation of smooth muscle cells, and the upregulation of adhesion and chemotactic factors including IL-1, IL-6, IL-8, TNF-α, macrophages, and MMPs. It is not surprising that increased white blood cell count, likely a result of increased inflammatory and chemokine activity, has been shown to correlate with occurrence of symptomatic vasospasm and mortality in patients with aSAH. Within the subset of patients with vasospasm, it is conceivable that some of these routinely obtained hematologic markers could serve as potential predictors of recurrent or refractory vasospasm.

The aim of this study was to investigate the association of hematologic parameters with recurrent clinical vasospasm (defined as acute alteration of mental status, new focal neurological deficits, or both) requiring repeat endovascular treatment.

The institutional review board (IRB) at The University of Kansas School of Medicine approved the study CR00005809. The IRB waived the need for written informed consent due to the retrospective design of the study. The database was comprised of 387 SAH patients from 2009-2016 at The University of Kansas Medical Center. We identified 279 consecutive aSAH patients. Patients were included in the study if they had aSAH and subsequently developed cerebral vasospasm requiring endovascular treatment. Inclusion criteria were: age > 18 years; diagnosis of SAH confirmed by noncontrast head CT; evidence of aneurysm on CT-angiography (CTA) or cerebral angiogram; diagnosis of cerebral vasospasm by CT-angiogram or catheter angiography; and endovascular treatment of vasospasm using intra-arterial (IA) infusion of vasoactive agents and/or balloon angioplasty [1-5].

Aneurysm rupture was typically managed within twentyfour hours from admission with surgical clipping or endovascular coiling. Patients were monitored in a neurocritical care unit following initial management of the ruptured aneurysm. In the neurocritical care unit, all patients are kept euvolemic. In the event of clinical vasospasm (acute alteration of mental status, new focal neurologic deficits or both) patients are treated with iatrogenic hypertension. This is achieved by increasing the rate of intravenous fluid administration, replacement of patient ’ s measured fluid output with an equal amount of intravenous fluid, and/or the administration of intravenous vasoactive agents to induce hypertension. If the patients are still symptomatic, intraarterial verapamil or nicardipine and/or balloon assisted angioplasty is performed. If the patients develop recurrence of clinical vasospasm, the aforementioned procedure is repeated.

Vasospasm data collected included time from SAH to vasospasm onset in days (SAH occurring on day 0); severity of vasospasm, defined as mild (0-33% decrease in arterial diameter), moderate (34-66% decrease), or severe (greater than or equal to 67% decrease) based on results of arteriogram; location of vasospasm (anterior or posterior circulation): distribution (unilateral or bilateral), and treatment of vasospasm dichotomized to IA infusion only or balloon angioplasty (alone or in combination with IA infusion).

Univariate comparisons of the study variables were made using the independent t-test for continuous variables or the χ2 test for categorical variables (Fisher exact test if any cell count was <5). Multivariable logistic regression models were created to identify independent predictors of vasospasm retreatment using independent variables with p <0.10 from the univariate analysis. Statistical significance for analysis was determined at a p-value <0.05.

The study cohort was comprised of sixty-nine patients who underwent endovascular treatment of vasospasm following aSAH. Baseline characteristics, disease severity, aneurysm and vasospasm characteristics and outcome data for the entire cohort as well as single versus repeat endovascular treatment groups are shown in Table 1. The mean age was 52.5 ± 11.9 years and 33% were male. A history of hypertension was noted in 58%, diabetes mellitus in 10%, and a tobacco use history in 58%. Aneurysms were located in the anterior circulation in 78%. Twenty-seven patients were treated with microsurgical clipping and forty-two were treated with endovascular coiling. HH grades on admission were considered high [4,5] in 36% and mF grades were high [3,4] in 78% on admission. External ventricular drains were used in 86% of patients with a mean duration of 15.8 days. The mean length of hospital stay was 23.9 days.

To our knowledge, no prior studies have explored hematologic variables as predictors of endovascular retreatment. In our cohort of patients with vasospasm undergoing endovascular intervention, higher absolute lymphocyte count at the onset of vasospasm was associated with repeat endovascular treatment. Higher lymphocyte counts at vasospasm onset might imply a more robust transition from acute to chronic inflammation and consequently higher propensity for continued vasospasm [5,6]. This transition is thought to occur days to weeks after the onset of acute inflammation and may explain why lymphocyte count on admission immediately following aneurysm rupture was not associated with re-treatment.

We also found that earlier onset of vasospasm was independently associated with increased odds of re-treatment. Sokolowski et al. found a similar trend towards increased odds of re-treatment with earlier onset of vasospasm on univariate analysis; although this did not reach the threshold for statistical significance in their multivariable model, a OR 0.880/day (95% CI: 0.772 - 1.004, p=0.057) [7].

The modality of initial vasospasm treatment, intra-arterial infusion only versus angioplasty alone or combined, did not impact the rate of re-treatment in our study. This contrasts with prior reports of intra-arterial infusion being associated with increased re-retreatment rates compared with angioplasty alone. This may stem partly from unmeasured bias due to different practice patterns across the studies. For instance, in Sokolowski et al. a sizable group of clinically asymptomatic patients (65%) underwent endovascular intervention for vasospasm, resulting perhaps from the practice of routine catheter angiography 7 days post-rupture in their cohort. The current study had a much smaller percentage of asymptomatic vasospasm (25%) mostly identified by TCD monitoring, but these patients were not taken for endovascular retreatment. Chalouhi et al. and Jun et al. had no patients with asymptomatic vasospasm since intervention was only performed on symptomatic cases refractory to medical therapy [8,9]. Moreover, the indications for re-treatment may be operator dependent even within centers and cannot be accounted for.

There has been recent interest in the use of neutrophil-tolymphocyte ratio (NLR) as an inflammatory marker predicting outcome in various diseases including intracerebral hemorrhage and myocardial infarction [10,11]. Higher NLR has been associated with symptomatic vasospasm and functional outcome in aSAH as well [12,13]. In our restrictive cohort of patients undergoing endovascular treatment however, it was lower NLR at vasospasm onset that seemed to predict retreatment (Table 1). Since there was no statistical difference in neutrophil counts on univariate analysis, differences in NLR were felt to be driven entirely by the lymphocyte counts (Table 1). NLR was therefore excluded from multivariable models that already adjusted for lymphocyte count to avoid collinearity. Limitations of the study include its single-center retrospective design and small cohort size. The sample size in the multivariable model for re-treatment was reduced to 52 due to missing differential white cell counts. Medical complications like infection/ sepsis, organ failure, malignancy which can confound the relationship between hematologic variables and retreatment could not be accounted for. Another unmeasurable but important variable is treating physician preference for performing intervention or repeat intervention. Despite these limitations, the study is the first to describe associations between hematologic parameters and retreatment of recurrent and/or refractory cerebral vasospasm.

Elevated lymphocyte count at the onset of vasospasm in patients requiring treatment for cerebral vasospasm may be indicative of a predisposition to vasospasm recurrence. The monitoring of lymphocyte count would be a novel approach to the early identification of recurrent vasospasm and improve selection of patients who may require retreatment.