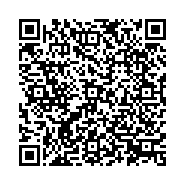 Hypothermia as a Treatment Option for Intra and Post Ischemic Stroke

Neuro-inflammation is a key component in the ischaemic cascade following cerebral ischaemic insult that results into tissue damage, leakage in the bloodbrain barrier and death in the sub-acute phase. Failure of anti-inflammatory drugs to improve outcome in clinical settings have suggested its response following an ischeamic attack is detrimental. Hypothermia is a robust neuro protectant and has consistently shown benefit against a variety of brain injuries at the experimental level. It has recently been shown to improve neurological outcome in comatose survivors of cardiac arrest and neonatal hypoxic ischemia. Although until now, therapeutic hypothermia doesn’t categorise under any therapeutic standards of parameters, but it is well accepted that cooling should be started as soon as possible following an ischeamic attack. This review discusses the protective influence of hypothermia on the neuro-inflammatory response.

Cerebrovascular accidents usually conduit towards functional disability in aprox 10%-15% of all admissions with long-term outcomes [1]. Brain ischaemia, a product of numerous pathological conditions, results into exhaustion of ATP, energy crisis and failure of ion pumps resulting into depolarization of neuronal cell membranes and outburst of glutamate resulting in oxidative stress [2]. Moreover, altered calcium homeostasis, initiation of cell death pathways (apoptosis, necrosis and autophagy) and inflammation further instigates the Blood-brain-barrier (BBB) disruption [3-6]. On clinical grounds, ischaemic patients when presented already have attained irreversible brain injury and may paradoxically antagonize the benefits of restoration of blood. There is overwhelming experimental and clinical data to support the use of Hypothermia (HT) in limiting ischaemic brain damage [7]. Several animal studies have demonstrated that induction of HT decreases final infarct volume and increases potency of brain to withstand ischaemic attack before permanent damage occurs [8-10].

Cooling of the body for therapeutic purposes is not a new concept in medicine. First reported case regarding usage of HT in traumatic brain injury (TBI) was in 1943 [11] whereas, its surgical use was obtained in 1955 [12]. In 70s-80s the use of HT as a treatment was abounded due to the complications attached. It was early 90s that is termed as “The return of Hypothermia” after numerous animal studies showing its benefits even in its mild form [8,13-15]. Recently, multicenter trail in Australia showed survival rate of 49% in HT group v/s 26% in normothermia group in comatose survivors of out-of-hospital cardiac arrest patients with induced HT [16]. Another trail including 275 patients in Austria was conducted in same year reflected that mild HT improves neurological outcome after cardiac arrest in 55% patients of HT group compared to 39% of normothermia. Also, the six-month mortality rate was 41% in HT group to that of 55% in normothermic group. Author concluded saying, patients who have been successfully resuscitated following cardiac arrest, HT increases the favorable rate neurological outcome and reduces mortality [17]. By regulating intra-ischeamic brain temperature at different levels, the histological setting was markedly influenced. For example, hippocampal pyramidial neurons of the CA1 layer showed grades 2-3 of damagein 100% of hemispheres held at 36°C during ischeamia but only 20% of those at 34°C [18]. Also, ischeamic injury to dorsolateral striatum, was reduced by 80% at 33-34°C [8]. Induced moderate HT is therefore a logical approach to limit damage from ischeamic attack (Figure 1). Figure 1: Showing positive impacts of hypothermia when used during and after an ischeamic attack.

There are numerous evidences that suggest therapeutic effects of HT, by mechanisms including reduction of metabolic rate, promotion of energy recovery after ischemia, inhibition of glutamate release, reserving cell death, decreased free radical formation, reducing inflammation and thus preserving the BBB. Naturally, a reduced metabolic rate might be expected to be one of the most significant means by which HT could protect against ischeamia. It has been calculated that, on the measure of reduced metabolic oxygen consumption, 5 minutes of ischeamia at 37°C would cause approximately equivalent damage to 15 minutes of ischeamia at 27ºC [19]. HT also expedites the recovery of ATP stores following ischeamia, as well as improving the return of energy metabolism to pre-ischeamic levels [20]. The combination of reduced demand and improved recovery both during and after ischeamic episodes is perhaps enough to explain the outstanding neuroprotection afforded by intra-ischeamic HT.

Overstimulation of the NMDA subtype of glutamate receptor, is a serious component of the ischemic cascade, it’s very early occurrence means it is likely to remain a frustrating target for therapeutic intervention. There are certain evidences that suggesting HT reduces, or at least delays, the release of glutamate from ischeamic neurons, probably by delaying the onset of anoxic depolarization [21]. Using a cardiac arrest model, it was shown that HT (31ºC/20min) either during ischemia or initiated at the time of reperfusion reduced extracellular glutamate concentrations (measured at the hippocampus) [22-24].

Why HT is considered a powerful neuroprotectant?

1. It is the only neuroprotective treatment proven effective in large randomized trials in patients with acute brain injury [25-27].

The effectiveness of HT increases as its depth increases, though the response is not linear. In a large meta-analysis of animal studies, Van Der Worp et al., found that the greatest therapeutic response (reducing mean infarct volumes by approximately 55%) was achieved by cooling to below 30°C, though cooling to even 35°C, the highest level of HT included, still resulted in a considerable positive response by decrease in infarct volume up to 30% [29].

It is worth considering here the use of HT during cardiothoracic and neurosurgical procedures, in which body temperatures are lowered from anywhere from 26-35°C, specifically to protect tissues, including the brain, during an anticipated period of compromised blood supply. For example during cardiac surgery, there are two distinct levels of HT that are commonly used; a target body temperature of 34-35°C is now becoming accepted as the standard for Cardiopulmonary Bypass (CPB), while in especially critical cases surgeons may opt to use Deep Hypothermic Circulatory Arrest (DHCA) in which patients are cooled to a rather extreme 15-26°C [30].

The adverse effects of HT treatment such as cardiac arrhythmias, coagulopathies and immunosuppression also increase with increasing depth, as do the technical difficulties. Therefore, the optimum target will be the best equilibrium between therapeutic effects versus detrimental effects versus practicality. While the finest target temperature is still to be determined, based on preclinical and clinical studies it will probably be in the range 33 to 35°C, and is referred to as moderate or mild HT.

The pathophysiology of cerebral ischeamia is dynamic and complex, with numerous critical mechanisms taking place and lasting for different durations. It is an overview to say that HT reduces the impact of all of these destructive processes. Consequently, the earlier HT is initiated and the longer it is upheld while the ischeamic damaging processes are occurring will license the maximum neuroprotection.

In an animal study, of focal cerebral ischeamia, diverse pathophysiological effects that are invoked exert their deleterious effects over different time course extending from early hours to several days following vessel occlusion [31]. Such observations would suggest the need of HT to be prolonged. In addition, two studies compared the effect of cooling under ≤ 12 hrs and 3 hrs found considerably larger benefits in 12 hrs of HT duration [32,33].

However, longer treatment durations consume more resources and also increase the health risks, mainly in patients who require sedation or anesthesia to keep the hypothermic state. The optimum duration of HT will most likely be in the range 12-48 hours, and is likely also to be reliant on factors such as the exact cause of ischeamia (stroke, cardiac arrest), severity of ischeamia, age of patient and the time delay to commencing HT after ischeamia. In terms of therapeutic window, this will vary depending on the type of ischeamia (focal vs global) and severity. With respect to rewarming it is becoming increasingly accepted that slow rewarming at the rate of 0.2-0.3°C/hour is most desirable [34].

One of the most significant barriers to HT treatments is technical strain involved in persuading the target temperature in the target tissue in an appropriate and safe manner. Available techniques are surface cooling by refrigerated blankets, cooling helmets, cold air blowers, intravascular heat exchangers, intravascular cold fluids and intranasal evaporative cooling [35]. These have advantages and disadvantages in cost, accuracy, degree of control, rate of cooling and ease of application. Mild HT can be induced in awake patients, as long as steps are taken to manage the related discomfort but moderate to deep HT requires sedation or anaesthesia with intubation, ventilation and intensive care measures.

At present the intravenous infusion of cold salt solutions (4°C) at a rate of 20-30 ml/kg over 20-30 minutes is gaining acceptance as the method of choice to induce HT [36-38]. The cold saline infusion procedure has several attractions as it is inexpensive, safe, fast at bringing mild to moderate HT (33-35°C) and suited for use in both comatose and awake patients [38].

To further support the induction of HT the use of pethidine alone or with other agents, such as, the anxiolytic buspirone or magnesium are being used [39-41]. The use of these agents, along with simple measures such as warm gloves and socks is especially useful when inducing HT as it minimizes complications such as shivering [41].

Combination with Other Treatments

A large advantage of HT is that it has been shown to act synergistically with some other neuroprotective approaches. It is especially important that any potential stroke treatment should be compatible with tPA thrombolysis, and in this respect it appears based on in vitro data that at least for mild hypothermia (i.e., 35°C), it will not significantly reduce the effectiveness of tPA.

There is compelling experimental and clinical evidence that mild to moderate HT is effective following global and focal cerebral ischemia. However, it is likely that the depth and duration of HT that provides the best benefit to patients will vary depending on the type (global vs focal) and severity of brain ischaemia, the time that HT is commenced, and patient age and presence of comorbidities (diabetes, hypertension, obesity). Therefore further experimental and clinical trials will be required to determine HT protocols that best suit individual patients. Moreover, based upon the available human studies, it appears that the use of HT, in particular mild HT (35°C) is feasible and safe to implement in clinical situations. In addition, based on current information therapeutic hypothermia should be commenced as soon as possible after the ischemic event, and maintained for durations of 12-48 hours to achieve a sustained benefit in terms of neuronal recovery and survival and functional benefits. To this end, future experimental studies in global and focal ischemia models and the results of the clinical stroke trials, will no doubt, help address further refinement of therapeutic hypothermia protocols to better suit individual cases. In addition, evaluation of the effectiveness of hypothermia in combination with other potential neuroprotective agents such as magnesium, caffeinol, glutamate antagonists and anti-oxidants could further improve efficiency.