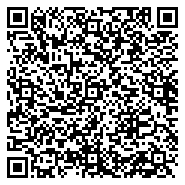 Association between the hormone cortisol and yawning has been found. The Thompson Cortisol Hypothesis proposed a link between yawning and rises in cortisol with further recent evidence from neuroscience showing communication between the motor cortex, brain-stem and hypothalamus. Hormonal and neuronal links form the proposed network that influences and also monitors cortisol and brain temperature regulation via the hypothalamus. Evidence supports the proposed connection between brain-stem, hypothalamus and motor cortex and further supports the Thompson Cortisol Hypothesis suggesting threshold levels of cortisol elicit yawning to cool the brain. Additionally, this may explain the well-known observed phenomenon known as parakinesia brachialis oscitans in brain-stem ischaemic stroke patients during involuntary yawning.

Neurological impairment occurs when the neuronal pathways are affected by disease either directly or indirectly and may be caused by a number of factors such as incomplete innervation resulting from a vascular stroke, disease to the nerves, infarction to surrounding tissues that include nerve endings and pathways, etc. Hormonal disruption can be an indirect cause of changing neuronal sensation or loss and it is important to consider the role of hormones within a particular pathway to understand subsequent impairment.

Cortisol is a naturally occurring hormone associated with immune protection and stress regulation [1,2]. Monitoring cortisol is helpful when stress levels are high, e.g. in adrenal insufficiency, Cushing’s disease, and multiple sclerosis [1], where cortisol levels may fluctuate with fatigue.

Yawning and cortisol is associated with fatigue [3-5]. The Thompson Cortisol Hypothesis proposed the yawning reflex is triggered by threshold levels of cortisol to subsequently lower the temperature of the brain [6-8]. Yawning and cortisol, in combination, was proposed as a potential biomarker for early detection of neurological disease [9,10] and the first electromyogram representation of the yawn was reported [9,11] (Figures 1 and 2) [11].

Figure 1 Electromyogram of the yawn reflex in humans. Figure 2 Electromyography monitoring and recording of the yawn reflex.

Investigations using induced fatigue in healthy subjects have shown certain regions of the brain are activated during differing levels of cortisol production [12]. These provide support for the proposal that yawning is triggered by fluctuations in cortisol which affect the hypothalamus in order to facilitate brain cooling [7]. It has also been suggested that inhalation/exhalation may be an important factor in the yawning reflex and that perhaps this indirectly affects brain cooling with increased/decreased intake of oxygen.

The hypothalamus regulates temperature and circadian rhythm. Within the hypothalamus-pituitary-adrenal (HPA) axis, the hypothalamus produces enough cortisol releasing hormone to elicit release of adrenocortiocotropic hormone (from the pituitary gland) to protect against stress by activating the adrenal glands (zona fasciculate region) [13] to secrete cortisol and adrenaline [10]. It is thought that this in turn feeds back to the hypothalamus in order to lower brain temperature by the trigger of a yawn [7,8,12,14].

The Thompson Cortisol Hypothesis [6,15-17] is the first evidence-based report linking cortisol with yawning and shows that cortisol rises when yawning. The rise in cortisol is thought to trigger a yawn. Yawning may be the mechanism for controlling hormone regulation and for possibly regulating temperature in the hypothalamus.

The Thompson Cortisol Hypothesis was expanded [18] to explain brain temperature cooling and is now discussed in consideration of the motor cortex and how it may also explain the observed well-known phenomenon of involuntary movements in ischaemic brain-stem patients.

Evaluation of The Hypothesis

Alternative theories postulate cortisol produces tiredness which indirectly causes yawning. It is possible that yawning might resemble slow wave sleep and therefore, cortisol (associated with yawning), might increase tiredness especially in fatigue. The motor cortex may not be involved in eliciting yawning movement per se but acts as an inhibitor of limb movement as in the stroke-related phenomenon of parakinesia brachialis oscitans.

As far back as 1923 the British Neurologist Sir Francis Walshe reported on brain-stem ischaemic stroke patients who raised the paralyzed arm when involuntarily yawning [22], subsequently known as parakinesia brachialis oscitans. This gave rise to considerable examination of strokes [23], and the proposition that the brain-stem may be acutely linked to the motor cortex [23,24].

The brain-stem comprises the pons, mid-brain, and medulla oblongata [25], and is responsible for respiratory functioning and cardiac regulation. Researchers at the University of Adelaide [26] found plasticity of the human motor cortex in being influenced by time of day, and by circulating cortisol levels. The Gamma-aminobutyric acid (GABA)-beta receptors are often affected (Figure 3) [27] and particularly, they are influenced by the circulating cortisol levels [26].

Figure 3 Schematic of the molecular structure of Gammaaminobutyric acid.

Hasan and colleagues [28] found the motor cortex in mice has sophisticated receptors important in learned motor responses. During motor learning, they found synaptic efficacy is enhanced between sensory and primary motor cortisol neurons. In humans, cortisol-specific receptor sites in the motor cortex may play a larger role in communicating between other regions such as the brain-stem and hypothalamus.

Communication between these sites may be linked less intimately by neural networks but by hormone systems (e.g. HPA-axis). This would provide a possible understanding of why brain-stem lesion stroke patients are able to raise the affected arm when yawning because of threshold cortisol levels triggering yawning and detected by motor cortex receptors. These receptors act on the motor end plates to cause muscle movement in the arm.

It is hypothesised that cortisol plays an important role in indirectly regulating the movement of limbs via feedback to the motor cortex and more precisely, via the hypothalamus communicating with the motor cortex (Figure 4) [7]. 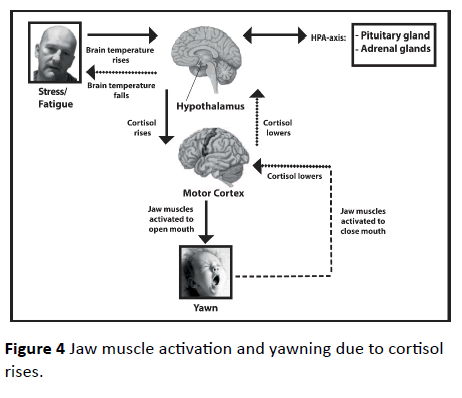 Figure 4 Jaw muscle activation and yawning due to cortisol rises.

It is suggested that the brain-stem fails to act on changes in cortisol levels permitting upper limb musculature, signalled by the motor cortex due to rises in cortisol, to contract and raise the upper limb. In stroke patients, cortisol levels may be inadequately detected together with incomplete innervation and disrupted proprioception, resulting in movement of the paralyzed limb [29]. In contrast, on the unaffected side of the body, movement is inhibited because the rise in cortisol “signal” is recognised within the brain-stem.

Comparison between pathways (Figures 4 and 5) allows postulation that the brain-stem is involved in inhibiting movement. Reacting to cortisol levels detected by the hypothalamus, the brain-stem inhibits upper limb movement when it is not required to move; failure to inhibit may be parakinesia brachialis oscitans [30] following brain-stem ischaemic stroke. 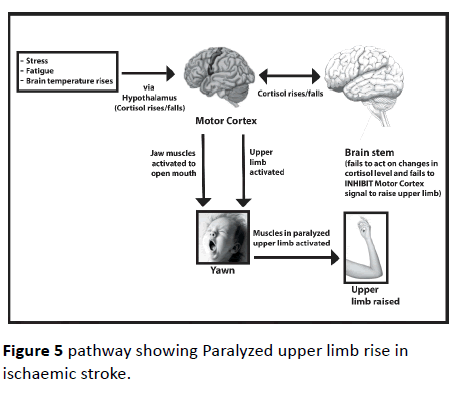 It is accepted that hormones do not act singularly; however, it is plausible that in brain-stem ischaemia it is the loss of neuronal detection systems that would normally communicate with the motor cortex that are responsible for the unusual movement seen in stroke patients. It is plausible that the detection system relies on monitoring cortisol levels, which when faulty, result in yawning without recognizing falling levels of cortisol after yawning.

Fatigue has been found with elevated salivary cortisol levels in elite tennis players [30]. ‘Fatigue’ has often been defined in terms of tiredness due to physical exercise but can also be observed in mental concentration on tasks demanding prolonged alertness. Some researchers believe that brains are more efficient when cooler and therefore, a deep breath of fresh air can cool an overheated brain [31].

From fMRI studies, yawning seems to involve frontal and parietal lobes, insula and amygdala [32]. It is probable there is a threshold level of cortisol to be reached following fatigue, empathy, or sleep deprivation, to elicit yawning. Electromyography (EMG) nerve activity in the jaw muscles increases with yawning and is associated with cortisol level rises [11,18]. EMG feedback and changes in hormone levels within the HPA-axis continually regulate cortisol and adrenaline production within the closed feedback loop. The motor cortex is likely to be implicated since it controls movement including activating the muscles along the jaw-line.

In multiple sclerosis, incomplete innervation due to loss of myelin sheath around nerves is largely responsible for uncoordinated movements. Temperature rises are coexistent with fatigue and excessive yawning [33,34]. It is postulated that levels of cortisol rise when people yawn with multiple sclerosis just as with healthy people [1,35], but at higher levels than healthy people because of excessive fatigue [33].

Consequences of The Hypothesis and Discussion

Evidence suggests that cortisol may trigger the yawning reflex when sufficient threshold is reached. The association between fatigue and yawning, fatigue and cortisol, and between yawning and cortisol, firmly suggests that extra load in terms of physical and/or mental exertion creates a stress response in the form of cortisol release within the HPA-axis.

The proposal that cortisol levels rise to trigger a yawn is supported by evidence that suggests the hormone is responsible also in the reduction of brain temperature especially where rises in temperature are frequently observed with fatigue as in multiple sclerosis.

The suggestion that cortisol is also implicated in the involuntary movement observed in ischaemic stroke patients arises from the fact that motor cortex receptors are switched on for cortisol detection and monitoring and that because yawning and cortisol is associated, it is probable that yawning indirectly signals the paralyzed arm to rise because of irregulation in cortisol levels and damage to neuronal inhibitory pathways that affect gross motor movement, particularly in the upper arm.

The author is conducting research that focuses on cortisol changes in people with multiple sclerosis to see if yawning determines brain temperature reduction as a consequence of cortisol levels rising during fatigue. It is anticipated that cortisol levels may be higher than those seen in healthy participants and that brain temperature fluctuations may depend on fatigue and the stage of the disease.

Yawning is a primitive response seen in many vertebrates and has been reported as far back as 400 BC by Hippocrates in his book De Flatibus Liber [A Treatise on Wind] [36]. His observation that yawning may expel hot air from our mouths to lower temperature, although simply described within the science of the time, may have some foundation on our current thinking about the effects of brain structures.

In particular, on our understanding of the functions of the hypothalamus on prevention of brain overheating, performance of athletes, and the everyday welfare of all of us in society with and without neurological disease. Yawning is indeed a primitive yet profound behaviour that has been overlooked by scientists for centuries.

The empirical work is supported by Research Incentive Grants amounting to £4,000 provided by Bournemouth University, UK.