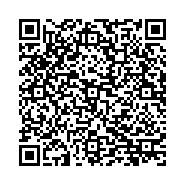 Duodenal fistula was formed in our case; whom pyloroplasty was performed because of pylorus injury during cholecystectomy and our case was reoperated. Gastrostomy, tube duodenostomy, feding jejunostomy was performed but the silicone drainage tube which was aimed to be placed subhepatically, was placed into the duodenum by passing through the duodenal suturation line and perforating duodenum. On the postoperative first day, the same amount and characteristics of fluid drained from both the duodenostomy tube and the tube we thought to place subhepatically. The problems we met during the diagnosis and management of the patient and solutions have been discussed in this article.

Cholecystectomy is one of the most common operations performed in surgical practice. There are many complications reported in the literature in cholecystectomy operations as in other surgical procedures. Some of these complications are bile duct injuries, bile leakage and fistulas, bleeding, duodenal injuries, liver and stomach injuries. In our case; silicone drainage tube was placed into the duodenum and this iatrogenic injury was detected with endoscopic examination which was performed because of postoperative unfavorable patient follow-up. This rare complication and our impressions have been discussed as a case report in the light of literature [1-3].

A 71 years old female whom partial cholecystectomy had been performed before was hospitalized with the diagnosis of cholecystitis with empyema and went under operation. Laparotomy and cholecystectomy were performed. There were dense adhesions between gall bladder and pyloric stomach. Gastric injury occured during dissection at the level of pylorus so pyloroplasty was performed with the thought of causing pyloric stenosis with primary suture. Subhepatic drainage tube was placed. Bilious mai began to drain in the postoperative period. As the patient was standing up, she accidentally stepped on her drainage tube and the drainage tube got out of the abdomen. Bilious mai continued to drain from skin and the patient went under operation with the thought of bile leakage (postoperative seventh day). A fistula with 0,5 cm in diameter was determined under the pyloroplasty location. Gastrostomy and feeding jejunostomy 50 cm away from the Treitz ligament were performed.

Figure 1: Silicone drainage tube was in the duodenum during endoscopic examination.

Gall bladder diseases are mainly consist of clinical findings based on gall bladder stones and their complications and their current treatment is surgery. Gall bladder stones become symptomatic with colicky abdominal pains. Acute cholecystitis occurs by the inflammation of gall bladder and is treated either conservatively or surgically. In acute cholecystitis serous material in the gallbladder becomes infected and bacterias reproduce leading to empyema. Feeding of the gall bladder wall is disrupted leading to necrosis and perforation. Leakage of bile into the abdomen form the perforated bladder makes treatment harder [4,5].

There were both duodenostomy tube and silicone drainage tube inside the duodenum in our patient. Which one should be removed first? Could all the tubes be removed at the same time? We didn’ ever think of removing two of them at the same time. We believe that removing them at different times will be more effective. Duodenostomy tube was our treatment strategy and we were sure about its structure. The iatrogenic one was a traumatic event that was out of our control and we couln’t be sure of its structure. Since we trust the structure of duodenostomy tube more, we left it last one to remove and we removed the iatrogenic silicone tube first. Some mai draned from skin after removal of silicone tube for 5-6 days and then it stopped draining. After that, duodenostomy tube was removed and full recovery was obtained 5-6 days later. Our patient was discharged in a healthy way. We also want to emphasize that drainage tubes should be placed at a sufficient distance from anastomosis in order to avoid iatrogenic anastomosis perforations and organ injuries.