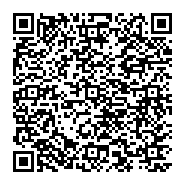 IgA-IgA Biclonal Gammopathy of Undetermined Significance: A Case Report and Review of the Literature

Biclonal gammopathy is a rare disease entity characterized by the simultaneous appearance of two bands, at different positions, on the Serum Protein Electrophoresis (SPEP) and serum immunofixation electrophoresis (SIFE), resulting from the clonal expansion of two dissimilar neoplastic cell lines. We report a case of a biclonal gammopathy of undetermined significance. SPEP showed a biclonal appearance in the gamma region. SIFE confirmed the presence of an IgA-IgA double band. This combination of heavy chains is rarely described in the literature.

Bi-clonal gammopathy is a rare disease entity characterized by the simultaneous occurrence of two bands, at different positions, on the SPEP and/Or SIFE, resulting from clonal expansion of two dissimilar neoplastic cell lines. It accounts for 3-4% of all gammopathies. It is associated with lymphoproliferative syndromes, multiple myeloma or monoclonal gammopathies of undetermined significance (MGUS), also called a bi-clonal gammopathy of undetermined significance (BGUS) [1-3]. Several heavy chain isotype combinations have been reported in the literature [3]. The most commonly observed are: IGGIGA, IGG-IGG, IGG-IGM, and unusually, a double band IGAIGA. Thereupon, we report the case of a BGUS with IGA- IGA/ Kappa.

75-year-old man, with medical history of hypertension. He presented to the clinic with asthenia, progressive lethargy, and chronic gastric pain. The clinical examination revealed a mucocutaneous pallor, with no other associated clinical abnormalities, in particular no adenopathies or hepatosplenomegaly. The blood count showed an iron deficiency anemia of 9.3 g/dL and a ferritin level of 9.95 ng/ml. The other leukocyte and platelet cell lines were normal. The blood smear showed anisopoikilocytosis, hypochromia and target red blood cells. Furthermore, no malignant cells were detected. The C-reactive protein was 0.48 mg/l. The sedimentation rate was 11 mm/hour. Liver, renal, albumin and protid levels were normal. Plasma protein electrophoresis performed by capillary electrophoresis technique (MINICAP FLEX PIERCING; SEBIA®), revealed the presence of a biclonal gammopathy in the gammaglobulin area without any related hyperglobulinemia. Serum immunofixation was realised on a semi-automatic device (HYDRASYS; SEBIA®) using an agarose gel as migration support. It showed the presence of two bands in the IGA migration zone and in the Kappa zone. Bence Jones proteinuria was normal. The serum free light chain ratio was 2.16. The myelogram was normal as well as the standard radiography. Colofibroscopy performed for the digestive symptomatology did not show any sign of progressive neoplasia but found a chronic gastritis with Helicobacter Pylori. The patient received a Helicobacter pilory eradication therapy, and martial therapy for his iron deficiency anaemia (Figure 1 and Figure 2). The diagnosis of biclonal MGUS was retained with strict shortterm monitoring

Biclonal gammopathies involves the occurrence of 2 or more M proteins in serum and/or urine, which may be composed of equal or differing combinations of heavy and light chains [4]. The production of these paraproteins can be attributed to the existence of a single clone of B lymphoid cells, which then diversifies into 2 independents clones after a process of antigenic selection, or it is due to the presence of two different clones at the beginning of tumor transformation [5]. This represents approximately 2.8% of gammopathies [2]. The most commonly reported cause is represented by biclonal gammopathies of undetermined significance, followed by multiple myeloma, Waldenström macroglobulinemia and other malignant lymphoproliferative disorders [6].

The average age of discovery varies widely from 63 to 72 years according to the studies [2,7-9]. Male predominance is broadly described [8-10].

A retrospective study by Ghammad et al. [7] reported that 100% of patients diagnosed with BGUS did not present clinical signs or bone lesions or kidney disease or anemia. Similarly, our patient was asymptomatic, except for asthenia and mucocutaneous pallor which were explained by his iron deficiency anemia, and which resolved after introduction of martial therapy.

All associations of immunoglobulin heavy chains and/or light chains are well described in the literature. According to the study by Sharma et al, the most common combination immunoglobulin was IgG-IgA (33%) [10]. These same results are consistent with those of Katzman et al. [11]. Whereas IgG-IgM isotypes were the most common according to the cohort study [6,7,12,13]. In the study by Garcia et al, the most prevalent combination of paraproteins was IgG-IgG [2]. BIGUS IGA-IGA was described in two cases in the study by Guastafierro [14]. The predominance of Kappa light chains is described in all of the previously mentioned series of studies, as was the case for our patient. These differences in composition may be explained by the small number of cases of BGUS in each series, or the low sensitivity of techniques for the detection of para proteins.

Recently, the arrival of capillary electrophoresis has provided an important support in the diagnosis of gammopathies, it is a very successful technique that allows a very efficient and rapid separation of serum proteins with an increased sensitivity and a specificity comparable to agarose gel electrophoresis [14].

In this case, the capillary SPEP technique showed a double peak in the gamma globulin area which was confirmed by the existence of a double band on SIFE. In the series by Sharma et al. [10], SPEP found a double monoclonal band in 80% of BGUS cases, confirmed by SIFE in 100% of cases. Similarly for Guastafierro et al. [14], the double component was determined in 23.5% of the cases via agarose gel electrophoresis and in 100% of the cases via SIFE. Kyle et al. [1] reported the presence of 2 localized bands on SPEP in 57.9% of cases, and in the other 42.1% of cases, biclonal gammopathies were identified by SIFE. In cases where SPEP results are negative, the SIFE technique is widely accepted as a confirmatory test because of its higher sensitivity, ease of interpretation, and reliability [10]. Pretreatment with mercaptoethanol is an an expensive and a simple methods which depolymerizes the multimers and helps in better distinction of double gammopathies. It can be used in facilities where IFE is not available. The latter was used in our case due to its wide availability in our biochemistry laboratory.

The risk of malignant transformation into multiple myeloma is similar to that of monoclonal gammopathies of undetermined significance. It is about 1% [9]. The two clones are probably the result of random processes. They are both independent and probably follow their own natural history in parallel.

lastly, the disappearance of the bands obeys regulatory processes or may be due to additional mutations generated in the neoplastic cell lines [15].

IGA-IGA biclonal gammopathy is a rare disease, most frequently combined with GBSI. GBSI has a similar risk of malignant transformation as monoclonal gammopathy, but further studies are required to compare the progression of the 2 monoclonal and biclonal components and to investigate a possible regional or national population specification.