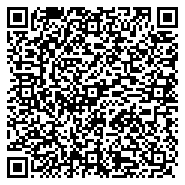 Diabetes mellitus (DM) is a chronic metabolic disorder, resulting from insulin deficiency, characterized by an abnormal increase in the blood sugar level, altered metabolism of carbohydrates, protein, and lipids, and an increased risk of vascular complications [1]. As per World Health Organization, DM is characterized by common features of chronic hyperglycemia with disturbance of carbohydrate, fat, and protein metabolism [2]. There are numerous pathogenic processes involved in the development of diabetes. This includes autoimmune destruction of the β-cells of the pancreas which leads to consequent insulin deficiency and abnormalities that result in resistance to insulin action. The deficiency of insulin on target tissues causes abnormalities in carbohydrates, fat, and protein. The causes were not well understood until the 19th century when Paul Langerhans, a German medical student discovered what has become known as the islets of Langerhans which produce insulin. Insulin is a protein hormone that promotes the uptake of glucose by the body’s cells. Treating diabetes has always been difficult and prior to the 1920s, the primary treatment plan was controlling diet. In 1921, Dr. Frederick Banting discovered how to extract insulin from cattle that could be used as an injectable form for human diabetics which revolutionized the treatment of the disease and made it more manageable. Untreated, diabetes can cause a number of health problems including, blindness, and loss of circulation resulting in limb amputation, high blood pressure, heart disease, and kidney failure [3,4]. Molecular docking is an importance methodologies in the making plans and layout of new drugs. These strategies goal to expect the experimental binding mode and affinity of a small molecule within the binding site of the receptor target of interest [5]. A successful docking methodology must be able to correctly predict the native ligand pose the receptor binding site (i.e.to find the experimental ligand geometry within a certain tolerance limit) and the associated physical- chemical molecular interactions. Ocimum sanctum L. (also known as Ocimum tenuiflorum, Tulsi) has been used for thousands of years in Ayurveda for its diverse healing properties. Tulsi, the Queen of herbs, the legendary ‘Incomparable one’ of India, is one of the holiest andm ost cherished of the many healing and healthy giving herbs of the orient. The sacred basil, Tulsi, is renowned [6] for its religious and spiritual sanctity, as well as for its important role in the traditional Ayurvedic and Unani system of holistic health and herbal medicine of the East [7]. The leaves are demulcent, expectorant and antipyretic; juice is used for the treatment of coughs, colds, catarrh and bronchitis; useful in gastric disorder, earache, ringworm, leprosy and itches [8]. An infusion of the leaves is used as a stomachic in gastric disorders of childrens, and in hepatic affections. The dried leaves are powdered and employed as a snuff in ozoena. The plant drives away mosquitoes [9].

Three-dimensional crystal Structure of PTP1B (PDB ID: 4I8N) was downloaded in pdb format from the protein data bank. After that, the structure was prepared and refined using the AutoDockTools-1.5.6. The extra water-molecules were removed, charges (Kollman-charges) and bond orders were assigned, hydrogen were added to the heavy atoms [10,11].

Compounds were retrieved from PubChem databases, i.e. Eugenol, α–Farnesene, Benzene, 1, 2- dimethoxy-4-(1-propenyl) and Cyclohexane, 1, 2, 4-triethenyl. Then Ligands are prepared by AutoDockTools-1.5.6 by adding charges (Gastegier) to it.

The binding mode of α-amylase enzyme and Glucokynase were investigated by doing computational analysis, glide docking. Both glide standard (SP) and extra precision (XP) mode had been introduced, where extra precision mode used for cross validation purpose. The results of docking analysis were described in (Tables 1-2) and the docking figure showed in (Figures 1-2). Among all the compounds, Carvacrol showed well docking score against both α-amylase enzyme and Glucokynaserepectively.

The active sites of the target protein were retrieved from a webserver CASTp 3.0 as it is a focused docking where we’re aware of our site of bindings. Then fix the active sites by preparation of Grid (with the help of coordinates) for rigid docking.

After the grid-preparation, started the process of docking with the help of AutodockVina 4.2 with MGL Tools by giving the commands in the command prompt. Then, the interation study can be shown in the AutoDockTools-1.5.6.

In this study, the binding mode of α-amylase enzyme and Glucokynase repectively. Docking results with, α – Farnesene, Benzene, 1, 2- dimethoxy-4-(1-propenyl) and Cyclohexane, 1, 2 4- triethenyl were investigated by doing computational analysis, glide docking. Both glide standard (SP) and extra precision (XP) mode had been introduced, where extra precision mode used for cross validation purpose. The results of docking analysis were described in (Table 1) and the docking figure showed in (Figures 1-5). Among all the compounds Alpha- farnesene, Benzene and 1, 2-dimethoxy-4-(1-propenyl) showed well docking score for inhibiting of both.

Molecular docking is an important computational tool to predict the possible interactions between the drug and protein in a noncovalent fashion. Extensive in silico docking procedures have been carried out to examine whether the compound is a good ligand with diabetic targets [12]. Screening of antidiabetic therapeutics is very important and essential for effective management of DM. Many researchers have worked on extraction, isolation, characterization of extracts and bioactive fractions from medicinal plant also they have established profile and data of interaction of active components against various targets and enzymes of DM using In-silico molecular docking tools. By using certain computer based methods such as molecular docking it can be studied. Increased hydrogen bond interaction and high binding affinity score express the strong binding of constituents with the selected receptor. In (Table 1), it is observed that basing on liphophilicity of Alpha-farnesene showed highest i.e. 5.01 followed by Cyclohexane-1,2, 4-triethynyl showed 3.63 followed by Benzene, 1,2-dimethoxy-4-(1-propenyl)showed 2.72 followed by Eugenol showed 2.25. On the basis of the binding energy or docking energy of Alpha-farnesene and Benzene, 1,2- dimethoxy-4-(1-propenyl) shows the highest negative value which is the best dock score i.e.-5.0 followed by Cyclohexane- 1,2,4-triethenyl(-4.8).

Plants are the richest resource of drugs molecules for modern medicines, nutraceuticals, traditional medicine and even chemical entities for synthetic drugs. Ocimum species (Tulsi) is a well-known medicinal plant which has used in the six Indian systems of medicine from ancient times. The latest review on the Ocimum species revealed that the species holds a very good antiviral activity. Diabetes Mellitus that have emerged as among the serious health problems of the 21st century. The medications currently available to treat DM have limited efficacy and are associated with side effects. The main purpose of this study was to analyse the inhibitory action of phytochemical compounds were identified from the plant species Ocimum through literature survey by computational docking studies [13]. Thus, docking result revealed that two compound Alpha-farnesene and Benzene, 1,2-dimethoxy-4-( 1-propenyl)exhibited the best binding interaction with in the active site of the PTP1B protein through hydrogen bonding interaction. Further in vitro studies on PTP1B compounds from the Ocimum species can lead to the discovery of novel drug for DM. So, Alpha- farnesene and Benzene, 1, 2 -dimethoxy-4-(1-propenyl) is the best compounds for inhibiting of both, as it possessed best value in Molecular docking. Further in vitro and in vivoi nvestigation need to identify Diabetes Mellitus inhibitory activity of isolated compounds from Ocimum sanctum.